Fury was 'badly injured' ahead of Wilder fight, father says 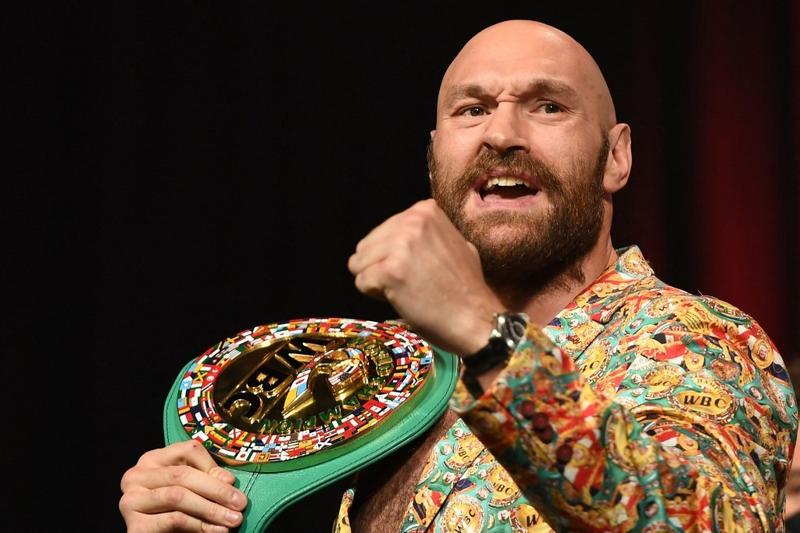 In this file photo taken on Oct 6, 2021, British champion boxer Tyson Fury attends a press conference for his WBC heavyweight championship fight against challenger US boxer Deontay Wilder (not in image) at the MGM Grand Garden Arena in Las Vegas. (ROBYN BECK / AFP)

Tyson Fury was "very badly injured" going into his knockout victory over Deontay Wilder last month and has since undergone elbow surgery to correct the problem, the British heavyweight champion's father has said.

According to an interview with British broadcaster BT Sport, John Fury said Tyson had cortisone injections in both elbows and had a six-hour operation to remove bone spurs.

According to John Fury, Tyson Fury was "only 50 percent" of where he should have been due to a positive COVID-19 test that forced postponement of the fight against Deontay Wilder in July as well as health complications with his newborn daughter in August

"Tyson was very badly injured going into that fight," John Fury told BT Sport. "He was handicapped from the beginning. It wasn't a boxing match, was it?"

The 33-year-old Fury outlasted Wilder in an enthralling slugfest in Las Vegas that was more competitive than many had expected but ended as most predicted, with the Briton outboxing the American to remain the undefeated lineal champion.

Fury dropped Wilder in the third round and came off the canvas twice in the fourth before storming back with knockdowns in rounds 10 and 11, a devastating right hand sending the American face-first to the floor.

"He said to me afterwards, 'I couldn't box, I couldn't work the jab. If I'd missed the jab, it would've put me in limp mode and I wouldn't have been able to fight'," said John Fury.

"'The pain when throwing the jab was unbearable, so I was fighting two people – the pain in my own body and him. All we could do was make it a war, and I wanted to win more than he did'."

According to the elder Fury, Tyson was "only 50 percent" of where he should have been due to a positive COVID-19 test that forced postponement of the fight against Wilder in July as well as health complications with his newborn daughter in August.

"He had too many problems. He had the COVID-19 in July when it was first meant to take place, then he got the problems with his daughter. You can't get your head straight from that within weeks," John Fury said.

"And that's what he did. And to perform like he did. ... He thought, yup, OK, to hell with the boxing. It's not going to work. Let's have it. Let's have a war. And he stood toe-to-toe with him, and it was a thrilling affair, but it shortens careers, doesn't it?