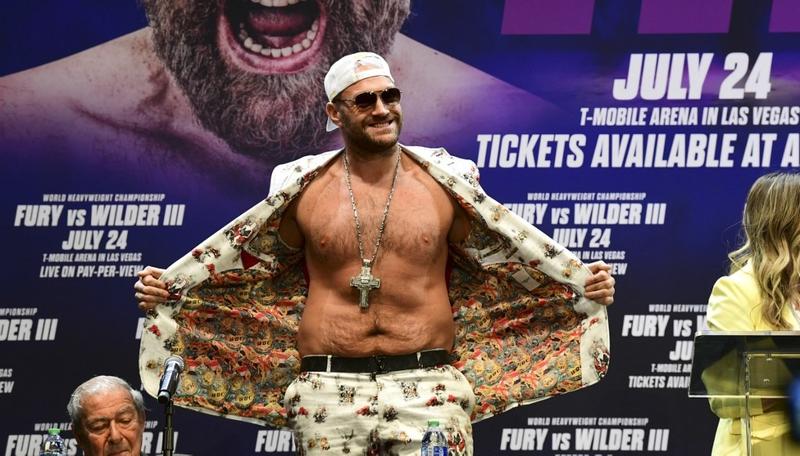 The trilogy fight between Tyson Fury and Deontay Wilder in Las Vegas this month has been called off after Fury tested positive for COVID-19, the World Boxing Council (WBC) announced on Friday.

Fury first fought Wilder, who is now 35, in 2018 and took the WBC title from him in a rematch in Feb 2020 with a seventh-round stoppage

WBC heavyweight champion Fury had signed a contract in May to fight American Wilder for a third time on July 24.

"Fury vs Wilder III will be postponed. We wish Tyson Fury's team and him speedy recovery from COVID," the WBC said.

Fury tested positive earlier this week. A source close to the promotion said the fight will be postponed until the autumn.

Fury, 32, had been set to face fellow Briton Anthony Joshua in Saudi Arabia in August in a world heavyweight unification title fight, but an American arbitrator ordered Fury to fight Wilder again before Sept 15.

Fury first fought Wilder, who is now 35, in 2018 and took the WBC title from him in a rematch in February 2020 with a seventh-round stoppage.