'Aviation is showing its resilience yet again' 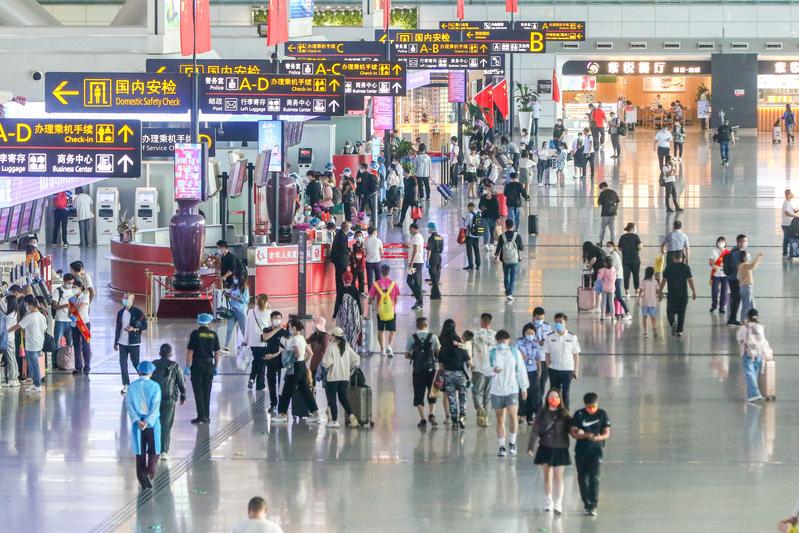 Passengers check in at Zhengzhou Xinzheng International Airport in Henan province on the first day of the weeklong National Day holiday this year. (PHOTO PROVIDED TO CHINA DAILY)

During the week-long National Day holiday in the first week of this month, the business performance of the domestic air travel market was worse than expected, as some sporadic cases of the COVID-19 pandemic in China have crimped part of travel demand. Yet, demand has maintained an upward trend, albeit with some fluctuations, and the market is expected to further thrive next year, industry experts said.

The average passenger load factor of domestic flights during the holiday reached 73.7 percent, which was 4.8 percentage points lower than that of the same period last year, according to the Civil Aviation Administration of China.

To survive, airlines have dramatically cut costs and adapted their business to whatever opportunities were available

Willie Walsh, director-general of the IATA

From Oct 1 to Oct 7, China recorded 515 million domestic tourist trips, according to the Ministry of Culture and Tourism. The daily average number of domestic flights operated during the period reached 12,952, which was 11.27 percent lower than that of the same period last year, according to the CAAC.

"With the COVID-19 pandemic brought under better control in China, the domestic travel demand is foreseen growing gradually, and the domestic circulation provides backbone support for the economy when the external part is relatively weak," analysts of Guotai Junan Securities said in a report.

"When the stagnating international travel market started to return to normal, the domestic market and the international market will achieve balance again. Carriers will gradually restore their profitability by then," said the Guotai Junan report.

Despite the decline in flight ticket bookings, the average ticket price edged up. During the holiday, the average price of a one-way domestic flight was 821 yuan ($127.3), which was 7 percent higher than that of the same period last year, according to data from Trip.com Group, China's largest online travel agency.

Particularly, popular destinations saw a substantial increase in the ticket prices of flights to those places. For instance, the average price of a one-way flight from Shenzhen in Guangdong province to Beijing during the holiday jumped 47 percent from the level seen during the holiday last year, Trip.com found.

In September, the daily average number of domestic flights operated in China reached 21,329, which was 43 percent higher than the number seen in August, according to VariFlight, a China-based civil aviation data service provider, showing that the regular domestic passenger travel demand is recovering steadily.

On the other hand, due to the impact of the pandemic, the rate of increase of new aircraft in China has slowed. In 2020, the fleet size in China was 2.2 percent higher than that of 2019. This is significantly lower than the average annual growth rate of 10 percent recorded before the pandemic, according to the projection of Guosen Securities. 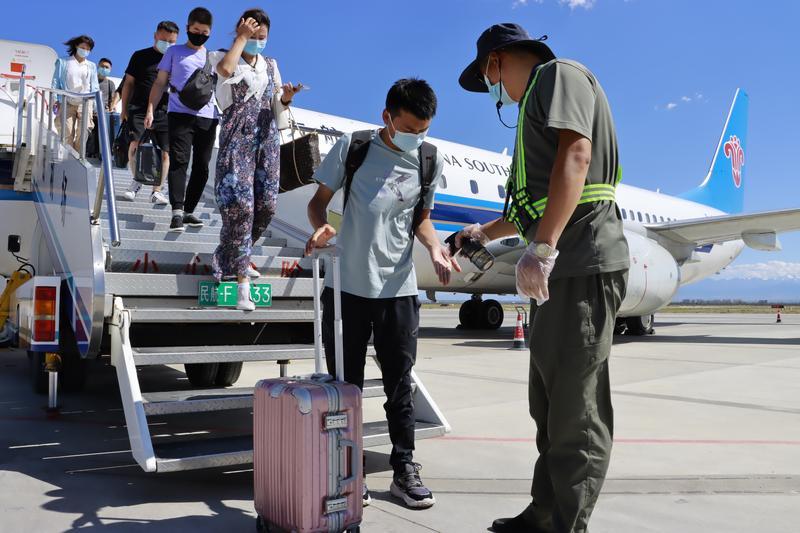 Passengers disembark from a plane at Zhangye Ganzhou Airport in Gansu province on Aug 6. (PHOTO PROVIDED TO CHINA DAILY)

In addition, Boeing's single-aisle B737 MAX aircraft remained grounded in China. The aircraft model has been grounded worldwide after two fatal crashes in Indonesia in 2018 and in Ethiopia in 2019, and there is no specific timetable for the model to resume flights in China.

With the grounding of the B737 MAX and the suspension of introductions of new aircraft of the model, the number of commercial aircraft in China grew only 4.9 percent in 2019.

Meanwhile, the International Air Transport Association announced its latest outlook in October for the airline industry, and the financial performance showed improved results amid the continuing COVID-19 crisis.

"The magnitude of the COVID-19 crisis for airlines is enormous. To survive, airlines have dramatically cut costs and adapted their business to whatever opportunities were available. We are well past the deepest point of the crisis. While serious issues remain, the path to recovery is coming into view. Aviation is showing its resilience yet again," said Willie Walsh, director-general of the IATA.

"People have not lost their desire to travel, as we see in solid domestic market resilience. But they are being held back from international travel by restrictions, uncertainty and complexity," Walsh said.

"More governments are seeing vaccinations as a way out of this crisis. We fully agree that vaccinated people should not have their freedom of movement limited in any way. In fact, the freedom to travel is a good incentive for more people to be vaccinated."

By 2040, the world will need 41,429 new commercial airplanes valued at $6.1 trillion, based on the catalog price of last year. By then, China will become the single-largest aviation market, and Chinese carriers are expected to acquire 9,084 new airplanes with more than 50 seats each. China's demand will account for 22 percent of the total new aircraft required globally, the report said.

The C919, China's domestically manufactured narrow-body passenger jet, is on the fast track to receiving airworthiness certification before its commercial debut in the near future.

"The current aircraft manufacturing capacity of Boeing and Airbus can't fully meet the demand of global airlines, and the future debut of the C919 will provide new options for global carriers," said Yang Yang, deputy general manager of marketing and sales at COMAC.