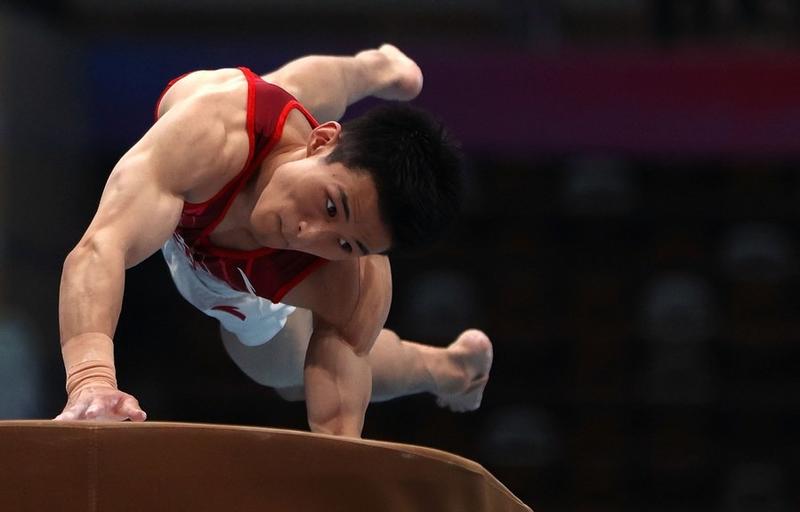 KITAKYUSHU, Japan - None of China's Olympic star gymnasts will compete at the World Championships but their young peers have set their sights on the Paris Olympic Games in 2024.

The strength of the young gymnasts can hardly be underestimated and Ye Zhennan, China's team manager, predicted that some of them will definitely shine in the Paris Olympic Games in 2024 and they have shown their potential at the Chinese National Games

China claimed three gold, three silver and two bronze medals to top the medal tally at the Tokyo Olympic gymnastics competition. But the Chinese team decided to leave the stars at home and send 10 second-tier players to the world championships, which is slated for Oct 18-24.

"After the Tokyo Olympics, all the gymnasts took part in the Chinese National Games in late September. They need to take a break," Ye said.

The strength of the young gymnasts can hardly be underestimated and Ye predicted that some of them will definitely shine in Paris and they have shown their potential at the Chinese National Games.

On the men's side, Shi Cong is a member of the team champion of Jiangsu province. Hu Xuwei won the horizontal bar gold, Huang Mingqi was the vault champion and Zhang Boheng took the bronze in the floor exercise.

"Zhang Boheng has made impressive progress in the all-around event," Ye said. "If he plays his best, he can pose some threat to Daiki Hashimoto." 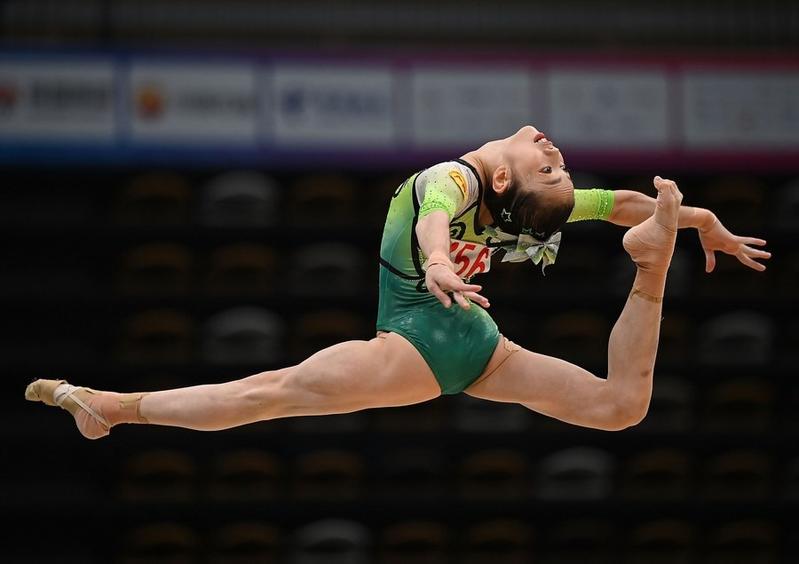 In the women's team, Wei Xiaoyuan was the biggest star at the Chinese National Games winning the all-around gold. Luo Rui helped Guangdong province win the team title. Qi Qi took two bronzes in the team and vault events. Li Shijia, who will be the first to show up on the opening day's competition here on Monday, finished fourth in the balance beam.

More than 300 gymnasts from 56 countries and regions are competing for 12 sets of medals - seven for men's and five for women's events, at the World Championships

More than 300 gymnasts from 56 countries and regions are competing for 12 sets of medals - seven for men's and five for women's events, at the World Championships.

"This event is nearly unparalleled in gymnastics," said FIG President Watanabe Morinari, who was also a Kitakyushu native. "Not for 25 years has a World Championships been held in an Olympic year. Japan is thrilled to welcome back the Olympic stars as well as the talented newcomers who will battle for the titles."

Although being held under difficult conditions due to the global pandemic, Norifumi Yamamoto, president of the local organizing committee, is looking forward to hosting the historic championships.

"We are under the threat of COVID-19, but we are sharing our great sport of gymnastics with the world," he said.