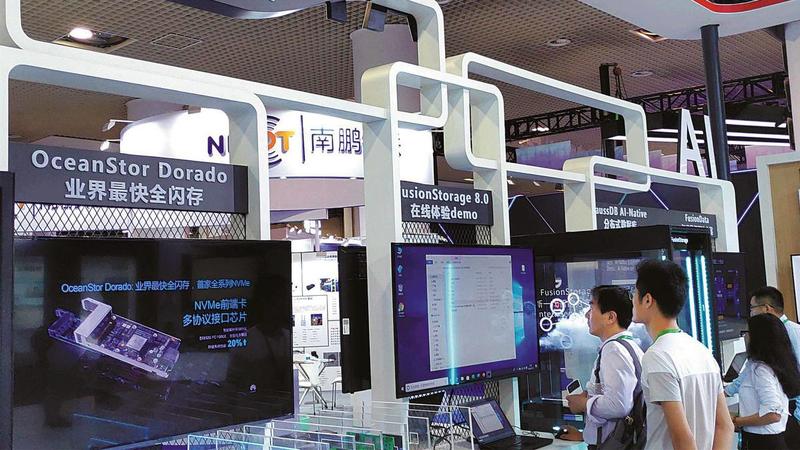 China’s strength in technology and innovation has increased significantly in recent years, but the country’s investment in relevant research and development is insufficient and requires more government support, an economic pundit said on Tuesday at a media briefing.

The proportion of core patents in China has increased from 1 percent in 2005-2007 to 11 percent in 2015-2019, but this is still a big gap compared to the United States, Peng Wensheng, chief economist and head of research department, executive dean of the China International Capital Corporation’s global institute, said.

The US government support given to local sci-tech enterprises for pre-research and development is much higher than that of China, Peng said, covering both financial support and other aspects of companies’ demands, while the investment in R&D in technology and innovation in our nation is still not sufficient, mainly focusing on the manufacturing sector, such as machinery and equipment, and the construction of factories.

Achieving reductions in carbon emissions and carbon neutrality calls for the support of technological advancement, Peng said, noting that forcing up the price of fossil energy or restricting its use may have a huge impact on the economy.

Peng pointed out that China, the US and Germany are now the world’s three largest production centers, with other countries relying more on these three economies. But the global pandemic is leading to a phenomenon of ‘decentralization’, which may affect the division of labor and layout of the industrial chain.