By Liu Zhihua in Beijing and Shi Ruipeng in Nanning 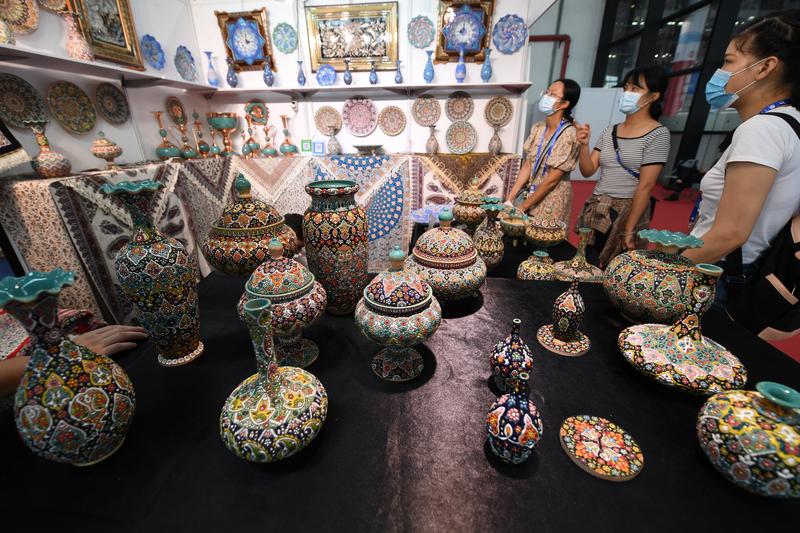 Visitors check out exhibits at the China-ASEAN Expo in Nanning, the Guangxi Zhuang autonomous region, on Sept 12. (LU BO'AN / XINHUA)

Coffee, rice, dried fruits, tableware, wooden furniture and self-driving or automated vehicles were among the broad array of products displayed at the latest edition of the China-ASEAN Expo and the concurrent China-ASEAN Business and Investment Summit.

Held in Nanning, the Guangxi Zhuang autonomous region, both online and offline from Sept 10 to 13, the 18th edition of the event was a full reflection of the achievements of the continuously deepening all-round economic and trade cooperation between China and the Association of Southeast Asian Nations, as well as the bright prospects for China-ASEAN economic and trade ties, said experts and business leaders.

We are bullish and excited about market potential in China. We have witnessed China’s continuous efforts to strengthen economic and trade ties with neighboring economies, and as a (coffee) company from Vietnam, we are very heartened

Themed "Sharing Opportunities Created by the New Land-Sea Corridor, Building the China-ASEAN Community with a Shared Future", the expo attracted enterprises from more than 40 countries and regions, including the ASEAN member countries and 30 Belt and Road economies such as Spain, France and Russia with special events to mark the 30th anniversary of China-ASEAN dialogue relations.

Deals signed at the expo hit a record-high of over 300 billion yuan ($46.55 billion), marking an increase of 13.7 percent over the previous edition.

Zhang Jianping, director-general of the China Center for Regional Economic Cooperation in Beijing, said the expo, initiated while China and ASEAN were in talks to establish the China-ASEAN free trade area, was a major international exhibition platform for China.

"It plays a vital role in policy-related communication and coordination between China and ASEAN member countries for them to form new industrial and supply chains and bridge supply and demand for investment and trade, as well as promote communications in various aspects and areas such as culture, education and environmental protection," Zhang said.

Meanwhile, as of June 2021, bilateral investment between China and ASEAN had exceeded $310 billion, while turnover of Chinese enterprises from project contracts in ASEAN countries approached $350 billion. 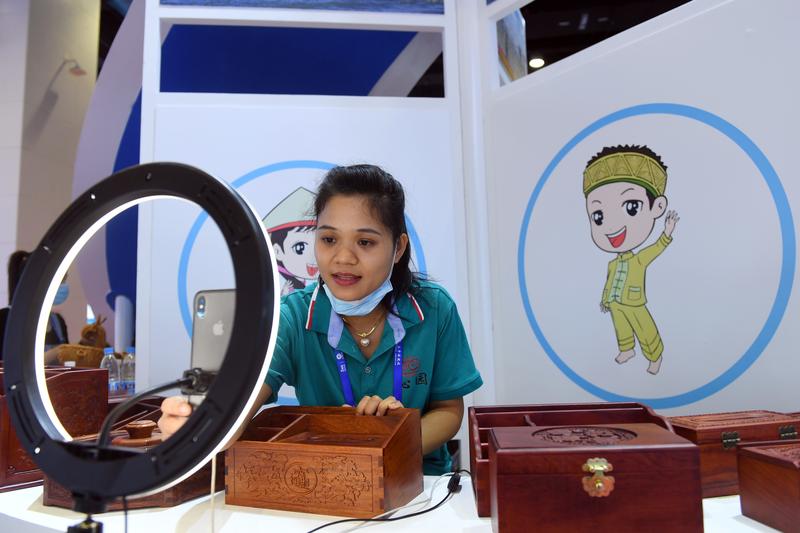 An exhibitor promotes products on a livestreaming platform during the China-ASEAN Expo in Nanning, the Guangxi Zhuang autonomous region, on Sept 11. (LU BO'AN / XINHUA)

Wilson Li, offline sales head at the Shanghai branch of Trung Nguyen Legend Corp, the largest coffee brand in Vietnam, said China is currently one of the most important overseas markets for the company due to Chinese consumers' fast-growing appetite for high-quality coffee imports, which is underpinned by China's expanding domestic market to meet increasing demand for better lives among the huge population.

The expo is of great value for the company to promote its products not only to Asian markets but also to the rest of the world, as business representatives gather there from not only Asia but also from elsewhere, he said, adding that the increasingly closer economic and trade ties between China and ASEAN also encourages the company to increase investment in China.

The company has been participating in the China International Import Expo every year, and its coffee brand G7 has become very popular in China, enjoying double-digit sales growth every year.

It has established a new office in Kunshan, Jiangsu province. The company also plans to open a flagship cafe to serve signature Vietnamese coffees in Shanghai, one of the cities worldwide with the most number of cafes and coffee houses.

"We are bullish and excited about market potential in China. We have witnessed China's continuous efforts to strengthen economic and trade ties with neighboring economies, and as a company from Vietnam, we are very heartened," Li said.

"In addition, the Chinese government is devoted to continuously improving its business environment and our operations in China have received various support and help from local governments."

Experts also said economic and trade ties between China and ASEAN are expected to reach new highs as relations between the two sides are set to continue to strengthen based on current achievements.

China-ASEAN economic and trade cooperation rapidly deepened, largely thanks to institutional arrangements such as the China-ASEAN FTA officially established in 2010 and upgraded in 2019, the Belt and Road Initiative and the Regional Comprehensive Economic Partnership signed late last year among 15 countries including China and all the 10 ASEAN member countries.

According to Zhang, with the China Center for Regional Economic Cooperation in Beijing, the two sides have formed a systematic, comprehensive and diversified cooperation and partnership, covering trade facilitation, policy communication, infrastructure connectivity, technological innovation, environmental protection and digital economy among many other fields.

Tu Xinquan, dean of the China Institute for WTO Studies at the University of International Business and Economics in Beijing, said ASEAN countries have long been important trade partners and investment destinations for Chinese enterprises due to their different development levels and resource endowments as well as the strong economic and trade symbiosis between them.

Shwe Zin Ko, economic attache at the Consulate-General of the Republic of the Union of Myanmar in Nanning, who participated the event in person, said the expo is an important channel for Myanmar to expand imports and exports with China and other Southeast Asian countries, adding she hopes China-Myanmar trade will continuously grow.

Luo Guobing, vice-president of Liugong Machinery Co Ltd, a Liuzhou, Guangxi-based machinery manufacturer, said ASEAN has become the top export market for China's engineering machinery industry by sales, and the company has achieved 50 percent revenue growth in the ASEAN market on a yearly basis so far this year.