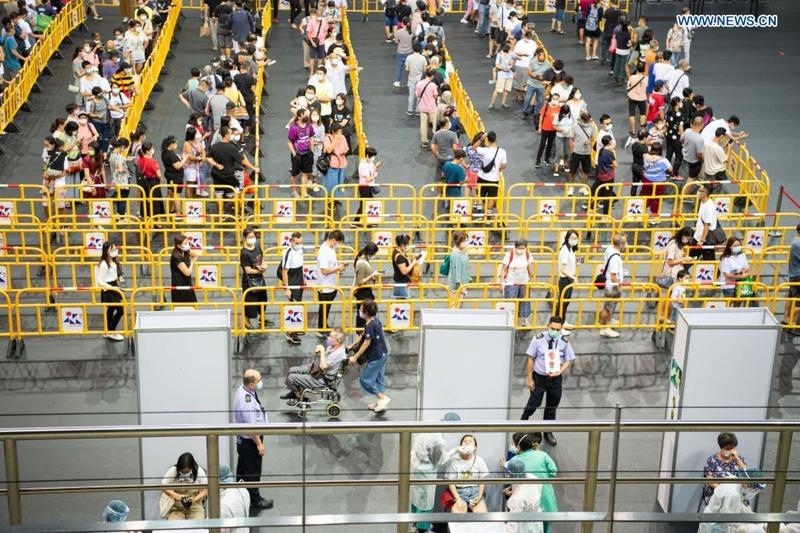 The latest infection was related to an imported case reported on Friday, according to the Novel Coronavirus Response and Coordination Center of Macao.

The areas where they live have been cordoned off, the center said.

They tested positive after the health authorities required staff of the hotel to go through testing following the imported case.

The imported case, a 31-year-old Macao resident who returned from Turkey via Singapore on Sept 18, was sent for medical observation at the hotel, the center said.

The SAR government announced on Saturday morning that anyone who is in the gambling hub between 3 pm Sept 25 and 3 pm Sept 28 must undergo the nucleic acid test.

A total of 52 testing stations have been set up across Macao. They operate 24 hours a day and booking is mandatory, the government said.

The center also advised members of the public not to leave the city unless necessary. Ferry services with mainland cities including Shenzhen and Zhuhai have been canceled.

Schools are temporarily shut from Saturday, and sports and cultural events will also be canceled, according to the authorities.