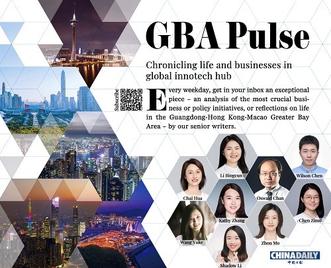 Pivot to ASEAN and RCEP for trade hub growth? 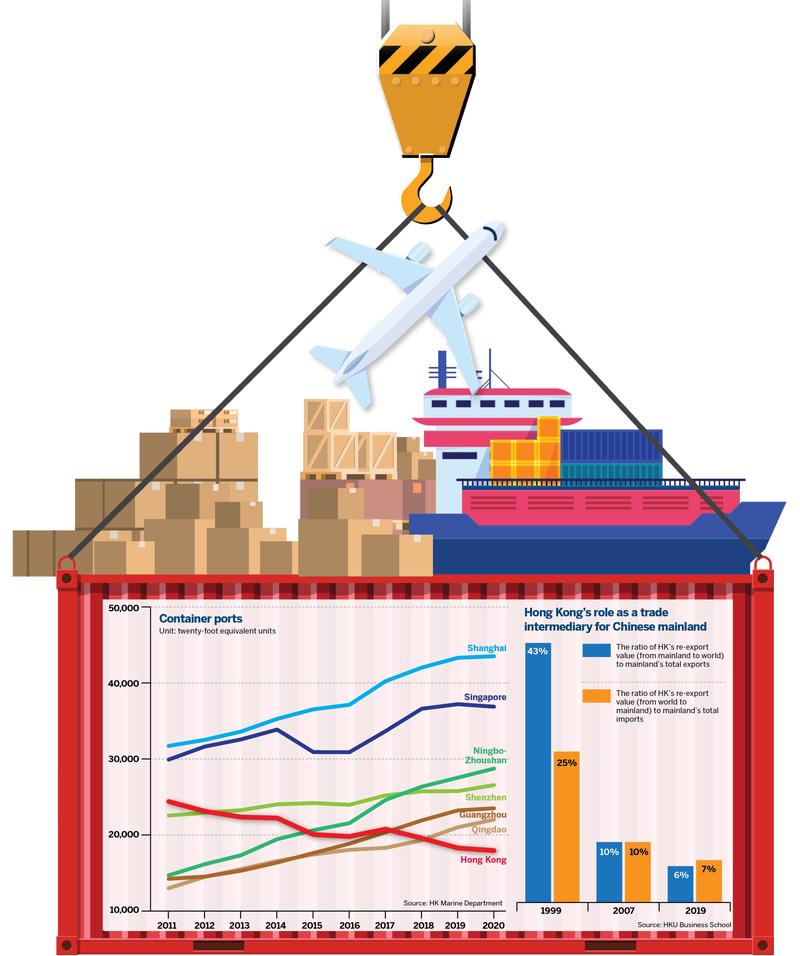 The Guangdong-Hong Kong-Macao Greater Bay Area is a powerhouse in manufacturing, supply-chain efficiency, e-commerce and digital technology, with a first-class container port in Shenzhen. The value-added from Hong Kong will comprise a trusted legal base for contracts and arbitration, professional project management and engineering expertise, trade finance services, and global investment capital access.

The Hong Kong Special Administrative Region’s ambitions to leverage the Fourth Industrial Revolution have a good foundation of international research talent and funding at its universities. There are partnerships with Chinese mainland tertiary institutions for collaborative research and applications development. It is yet a work in progress to exploit internet of things, big data, robotics, telemedicine, smart city infrastructure, energy-efficient buildings, etc.

In its historic import-export trade hub role for the mainland, the HKSAR’s modern container port, reliable warehousing facilities, and efficient transportation logistics, served as an integrated hub — till Shenzhen and Shanghai evolved to adequately service mainland needs. Does the mainland need the HKSAR as intermediary for Association of Southeast Asian Nations countries? Does ASEAN need the HKSAR for the mainland? What is the relative competitive advantage that the HKSAR can leverage?

Many ASEAN governments and companies have a long presence in the city. They are familiar and comfortable with each other. Hong Kong has been learning about these diverse nations, their history, people, and ways of doing business. ASEAN is not a monolithic entity — it groups 10 different countries at varying stages of economic development. Hong Kong’s engagement with rules-based commercial transactions in Europe or America was well structured. That is not a template for ASEAN.

The large resident population of Philippine and Indonesian domestic workers affect local attitudes and assumptions about these two countries, which can be unhelpful in commercial trade. Hong Kong’s institutions teach more the United States’ and European history and literature than Asian history, literature, and languages. Hong Kong executives and graduates need to be better equipped to operate effectively in ASEAN. All the major economic growth of the 21st century will be in Asia, not Europe or the US.

ASEAN was central in formulating the Regional Comprehensive Economic Partnership, which consolidated the bilateral free trade agreements of member countries with Australia, New Zealand, South Korea, Japan and China into a standardized framework for the ASEAN 10 countries with the five Asia-Pacific partners. It is less powerful than it could have been with India and the US missing. It gives China a valuable platform to reinforce its larger Belt and Road Initiative. China is the major trading partner for all the ASEAN countries.

Nevertheless, given the ASEAN penchant for consensus, the RCEP is considered a “low-level” free trade agreement that only addresses the traditional primary imports flow, for which 90 percent of trade tariffs will eventually be removed. It is to facilitate the movement of goods within these 15 countries with less bureaucratic hassles via simplified, consistent rules. It is the dialogue partner value that is strategically important for the member countries, as COVID-19 forces a global recession.

RCEP will not innovate, or reform global trade practices. Climate change and enlightened labor practices are nowhere on its agenda. It promotes regional economic integration at a basic level, by removing trade barriers to physical goods. It will boost market access within its terms, across member countries.

Concluded in November 2020, RCEP is the world’s largest free trade agreement aggregating 2.3 billion people with a combined GDP of $26.3 trillion. Hong Kong is liaising with trade ministers of RCEP economies to join the trading bloc.

“The signing of the Regional Comprehensive Economic Partnership means that East Asia, Southeast Asia and Oceania will soon form the world’s largest single market, in which ASEAN is a major part. After the signing of RCEP, the increasing economic interactions of the Greater Bay Area and other parts of the mainland with ASEAN give Hong Kong a unique position and advantage to act as a gateway between the mainland and ASEAN,” said Helen Chin Wai-man, Fung Business Intelligence’s head of research. 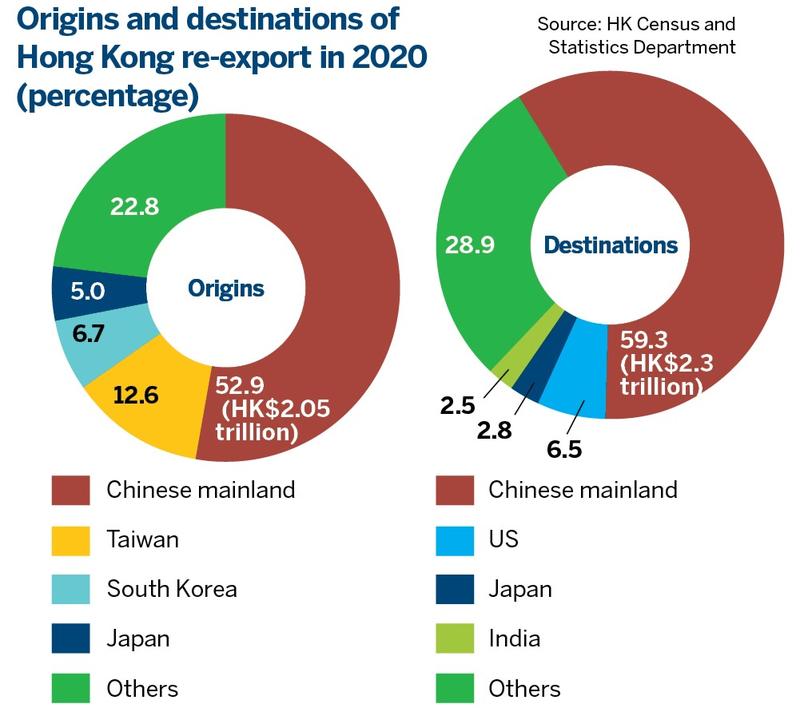 Fung Business Intelligence is the research arm of the Fung Group — a privately held business entity in Hong Kong.

“As Hong Kong does not impose any tariffs on imported goods, there is flexibility for e-commerce players from the mainland, ASEAN, Japan and Australia using Hong Kong as a transfer hub,” said Alice Tsang Sze-wan, assistant principal economist (Greater China) at the Hong Kong Trade Development Council.

“If e-commerce companies ship mercantile goods in bulk directly to a particular country but those products are not well-received in that consumer market, the companies would already have incurred import tariffs, management fees, and warehouse costs, which are very expensive. And they use Hong Kong as a transfer hub by shipping mercantile goods to other consumer markets when those goods prove well-received,” Tsang explained. “They can use Hong Kong as a base to reach everywhere in the Asia-Pacific region.” 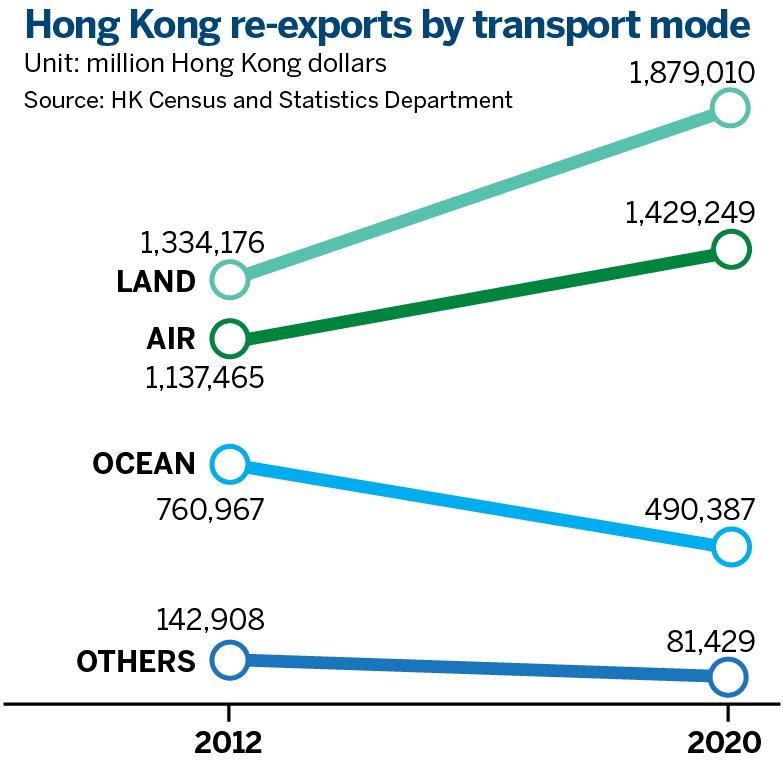 Hong Kong Census and Statistics Department data recorded that intermediate goods in Hong Kong’s re-exports grew more than fourfold from $63 billion in 1995 to $282 billion in 2016, while its share of Hong Kong re-exports increased from 43.8 percent to 61.7 percent in the same period. Intermediate products, such as computers, electronic components, motherboards, and optical products, contributed the bulk of Hong Kong’s re-exports.

In 2020, the mainland was the largest source and destination country for Hong Kong’s re-exports. Hong Kong has become the world’s largest offshore trade center. The US and the mainland contribute the bulk of offshore trade income. In 2019, that amounted to HK$298 billion ($38.27 billion), according to the Hong Kong Census and Statistics Department data. 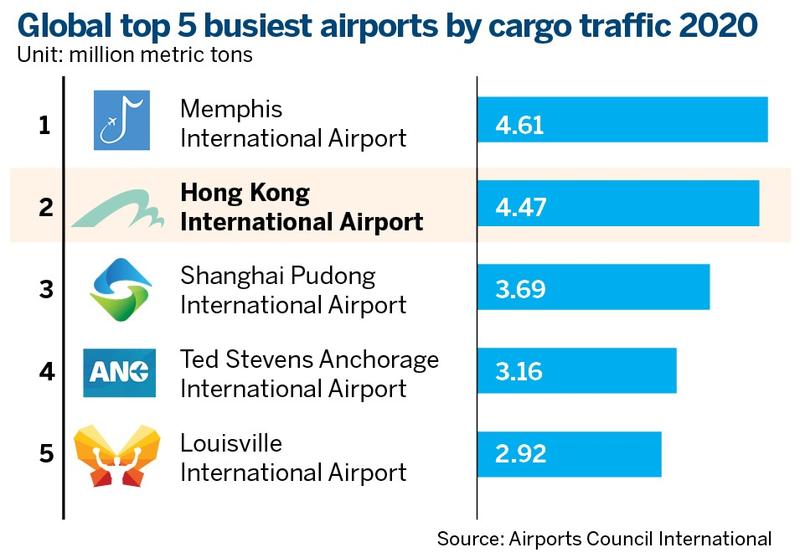 The city now is a center of downstream and mid-stage manufacturing-related producer services, in banking, trade finance, insurance, accounting, marketing, intellectual property trading, certification, legal dispute arbitration, product design, and research and development, to support the manufacturing bases that have been migrated to the mainland.

A Federation of Hong Kong Industries report showed the percentage of producer services in Hong Kong’s GDP has continuously increased, from 28.7 percent in 1980 to 42.2 percent in 2019. 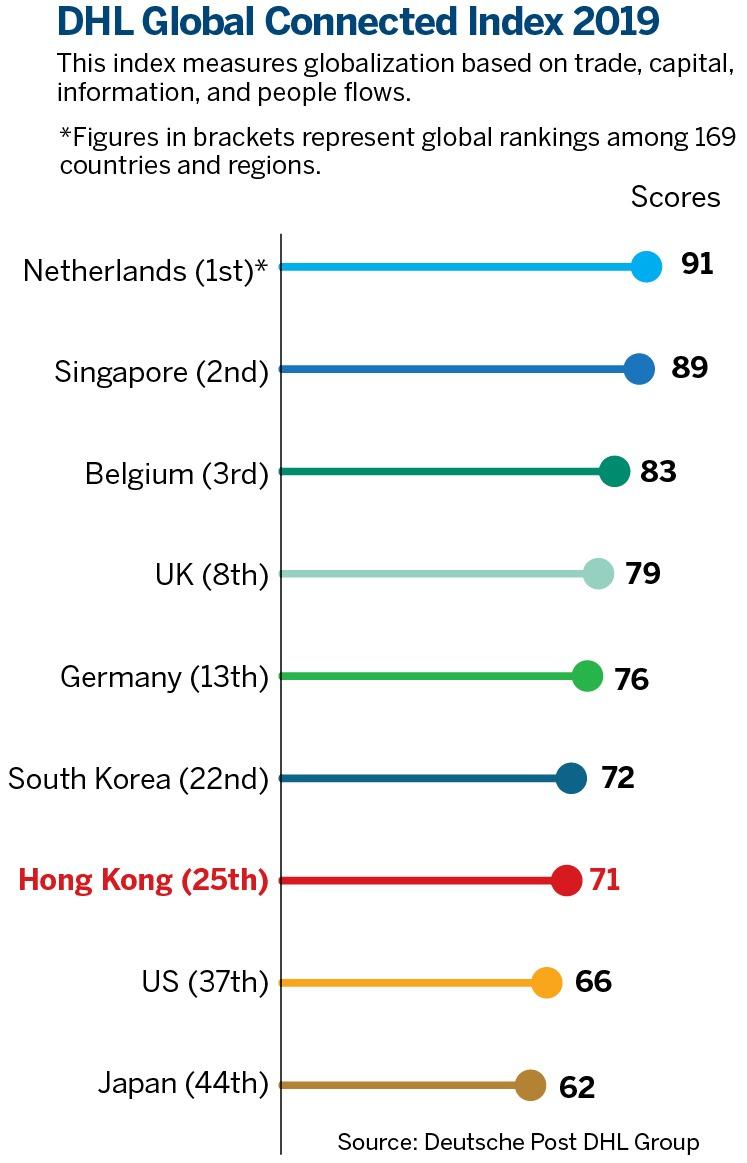 “While Hong Kong should participate in ‘external-circulation’ — value-adding the mainland export to overseas markets like the US and Europe, it should also participate in the ‘internal-circulation’ — the domestic market — by facilitating import of consumer goods, not just intermediate goods related to production, as the mainland gets richer,” Tao said.

“Hong Kong is privileged as the bridge for internal and external circulation and can do something in-between. We should understand what mainland consumers need and know what the world has to offer. This is the competitive advantage that the city needs — understanding mainland consumers, to channel global producers,” said Tao.

The city’s trade and logistics sector has not kept pace with digital technology because its traditional strengths were strong. There was no pressure to embrace digitalization. The local market is also tightly regulated — unlike the mainland which can launch pilot programs in remote areas to test new logistics products and services, before adoption and regulation.

Hence, the trade and logistics players are playing catch-up in technology to move up the value chain, according to HKTDC’s Tsang. “Automation robotics, internet of things, and artificial intelligence, are now widely applied to improve warehouse management.”

Fung Business Intelligence’s Chin said Hong Kong should strengthen basic research in the Greater Bay Area as the Pearl River Delta region is still lagging in basic research that limits its ability to develop into a scientific and technology hub. With Hong Kong’s strength in basic research and the availability of world-class universities, the city can bridge this missing link of the city-cluster area, and promote demand for producer services from Hong Kong.

According to Chin’s view, Hong Kong needs to innovate and enhance its producer services industries, and to continuously strengthen links and partnerships with the Pearl River Delta and other industrial regions on the mainland, to expand markets for Hong Kong producer services.

“Hong Kong service providers are achieving new growth by becoming an indispensable part of the Greater Bay Area’s upgraded manufacturing chain. They can add value and contribute to the upgrading and transformation of manufacturing industries on the mainland as a whole,” Chin said.

“Hong Kong can benefit from the mainland trade with ASEAN and RCEP partners. The city has to offer what the mainland does not have — international linkages and understanding of Asia much more than the mainland does,” HKU Business School’s Tao explained.

3. Upgrade trade and logistics sector with digitalization to move up the value chain.

4. Education and trade bodies to provide deep-knowledge lessons of the mainland and ASEAN markets.