By Yang Han and Prime Sarmiento in Hong Kong 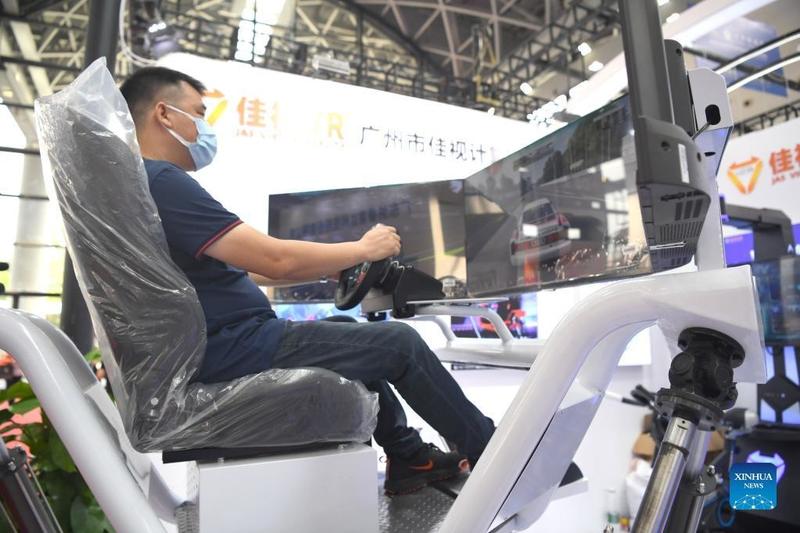 Economic and trade ties between China and ASEAN are poised to gain further momentum with a message from Chinese President Xi Jinping at an international expo reassuring close partnership and high-quality cooperation, experts said.

Xi’s letter to the 18th China-ASEAN Expo (CAEXPO) and China-ASEAN Business and Investment Summit that opened on Sept 10 in southern China bodes well for increased cooperation and exchanges, including under the Belt and Road program, they said.

He noted that China has been the biggest trading partner of most ASEAN countries since a free trade agreement was signed with the bloc more than a decade ago and is a major source, supplier and donor of COVID-19 vaccines to ASEAN.

Mass inoculations are “important for ASEAN’s economic recovery from the pandemic, and will (help) sustain long-term economic growth, development, and prosperity in the region,” he said.

The Association of Southeast Asian Nations groups Brunei, Cambodia, Indonesia, Laos, Malaysia, Myanmar, the Philippines, Singapore, Thailand and Vietnam. This year, the economic and trade departments of the ten ASEAN countries and the ASEAN Secretariat become co-sponsors of CAEXPO together with Chinese Ministry of Commerce。

Bearing the theme “Sharing Opportunities created by the new land-sea corridor, building the China-ASEAN community with a shared future", this year’s CAEXPO is organized by the Guangxi regional government from Sept 10-13.

This year marks the 30th anniversary of China-ASEAN dialogue relations. In his letter, Xi said China is willing to deepen strategic mutual trust with ASEAN and enhance cooperation in various fields such as anti-pandemic fight, economy and trade.

He called on the two sides to promote the early implementation of the Regional Comprehensive Economic Partnership agreement, the high-quality development of the Belt and Road Initiative and a higher level of strategic partnership, jointly maintaining the good momentum of shared prosperity and development in the region.

Signed in November 2020, the RCEP is a mega trade deal between the ten ASEAN member states and its FTA partners, namely China, Japan, South Korea, Australia and New Zealand.  It is the world's biggest free-trade pact to date.

Dar Wong, vice president of the Singapore chapter of the ASEAN-China Commerce Association — a business advocacy organization based in Bangkok, Thailand — said Xi’s letter sends “a very positive message” about the trajectory of China-ASEAN relations.

While RCEP will help boost trade among participating countries, the BRI will help uplift the logistics and transport infrastructure to a new milestone in Southeast Asia, he said.

“We foresee the road network and seaports within ASEAN regions will become more efficient and cost-savings to business operators,” said Wong.

He said business operators that are expected to benefit from the RCEP and the BRI should start to plan their business transformation now in order to seize more opportunities from “the biggest event of the century”.

Oh Ei Sun, a senior fellow at the Singapore Institute of International Affairs, said it is very important for China and Southeast Asia to make RCEP a success so that it can serve as a model on how free trade can enhance common prosperity.

“I hope that China's concept of common prosperity could be extended overseas as well, in the sense that China could invest more in ASEAN countries,” said Oh.

Speaking at the opening ceremony of CAEXPO, Chinese Vice-President Wang Qishan said China will contribute a further US$10 million this year to the ASEAN-China Cooperation Fund, or ACCF, to promote people-to-people exchanges and deepen cooperation.

Launched in 1997, the ACCF aims to fund activities to promote cooperation between China and ASEAN in different areas, including agriculture, information and communications technology, human resources development, investment, trade, tourism, education and environment.

Chea Munyrith, president of the Cambodian Chinese Evolution Researcher Association, said China has been a good neighbor and friend of ASEAN over the past 30 years.“Just like President Xi said, cooperation for shared prosperity and development is very important,” he said.

“China is a rich country now and when it becomes rich, it has always been considerate to neighboring countries (in terms of shared development),” he said.

Noting that Cambodia’s economy relies heavily on agriculture, Chea said the CAEXPO has provided a platform for the country to export its agricultural products to the rest of the world, especially China.