Experts warn that main danger to US could come from within 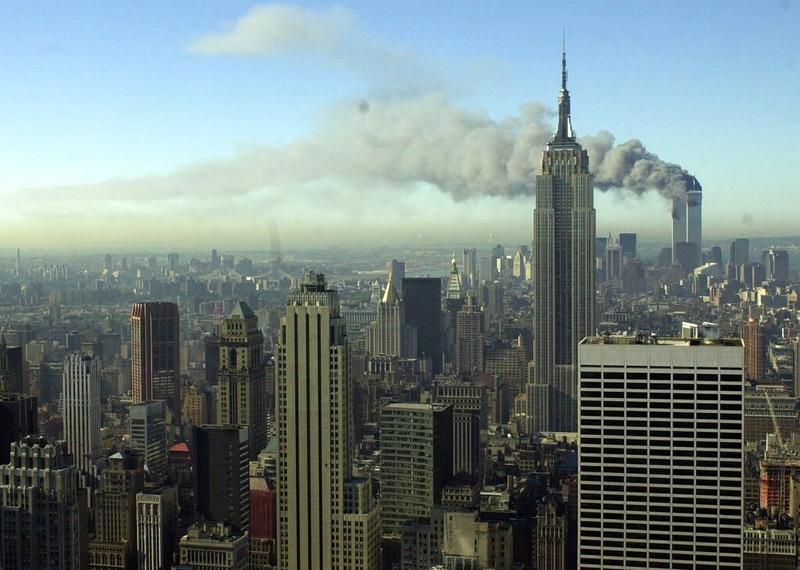 Most people need no reminder that Saturday marks the 20th anniversary of the worst terror attacks on United States soil, in which nearly 3,000 people died.

This is not just because the post-9/11 era began in Afghanistan and ended there with US troops rushing to withdraw just days ago. Neither is it due to the Afghan war, along with the conflict in Iraq－launched by Washington in the wake of 9/11－which have cost US lives and trillions of dollars.

The specter of the attacks lingers, serving as a constant reminder. In Washington, for example, the unofficial slogan of the post-9/11 US－"If you see something, say something"－can still be seen on billboards and public transportation. At airports, tightened security measures have made travel more stressful than ever for passengers and reduced their privacy.

Despite such measures, is the US safer than it was two decades ago?

Experts agree that the country could be less vulnerable to external terrorism than before 2001, but some of them say the top terrorist threat the US now faces is domestic, rather than foreign. 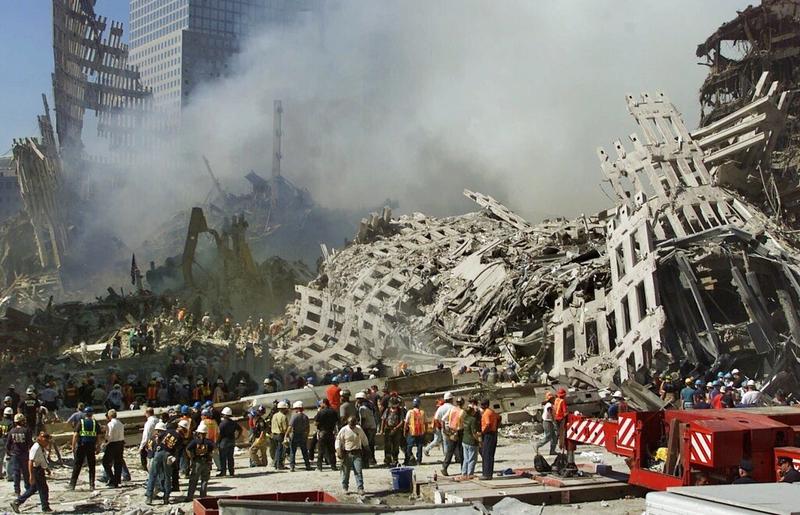 In Sept 13, 2001 file photo, rescue workers continue their search as smoke rises from the rubble of the World Trade Center in New York. (BETH A. KEISER, FILE / AP)

Evidence for this can be found in Washington, where many observers argue that the violent attack on Capitol Hill on Jan 6 highlighted a shift from an external threat to one arising at home.

During the attack, which is being investigated, hundreds of supporters of former president Donald Trump breached the Capitol, forced the evacuation of Congress, and disrupted the ratification of Joe Biden's election victory in November. At least 140 police officers were injured in the rioting, which resulted in five deaths.

Local and federal police officials in Washington are bracing for potential security threats on Sept 18, when a right-wing rally is planned to support more than 570 people charged with crimes related to the attack on the Capitol, according to US media reports.

About 50 percent of US citizens said they are "extremely concerned" or "very concerned" about the threat to the country posed by extremist groups based outside the US, according to a poll by The Associated Press-NORC Center for Public Affairs Research.

However, about two-thirds of respondents said they are "extremely concerned" or "very concerned" about the threat of extremist groups based in the US.

The survey was conducted from Aug 12-16 as the two-decade war in Afghanistan ended with the Taliban recapturing Kabul, the capital. The international community has called for concerted efforts to prevent the country again becoming a hotbed and haven for terrorism. 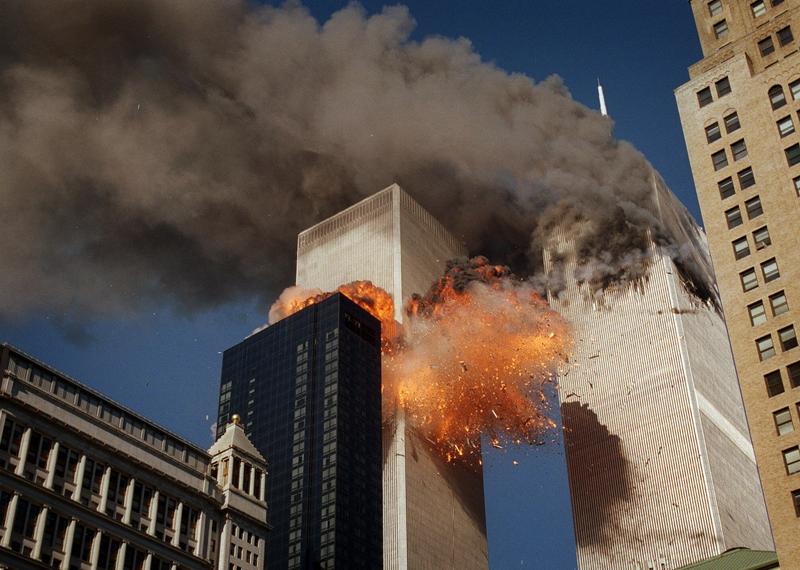 Smoke billows from one of the towers of the World Trade Center as flames and debris explode from the second tower,  Sept 11, 2001. (CHAO SOI CHEONG / AP)

Commenting on the poll results, Carlos Lozada, a Pulitzer Prize-winning book critic, said more US citizens are now concerned about domestic extremism rather than foreign terrorism, and on Jan 6, "our own citizens assaulted the Capitol Building that al-Qaida hoped to strike on Sept 11, 2001".

Cal Jillson, a political scientist and historian at Southern Methodist University in Dallas, said international terrorism remains a threat, but has been alleviated since 9/11.

Asked how 9/11 should be remembered, Jillson said,"Some challenges do demand a response, but one hopes that the next generations learn that the response should make things better, not worse."

Richard Dunham, former president of the National Press Club in Washington, said that when responding to a terrorist attack such as 9/11, the focus should be on the perpetrators "instead of using a terrorist attack as an excuse to push your own political agenda (such as the invasion of Iraq, or bringing Western-style democracy to the Middle East)".

Dunham, a veteran journalist and now a journalism professor, said the US has foiled numerous foreign threats in the past two decades, thanks to the creation of a costly homeland security apparatus and the rise of a "security-industrial complex". 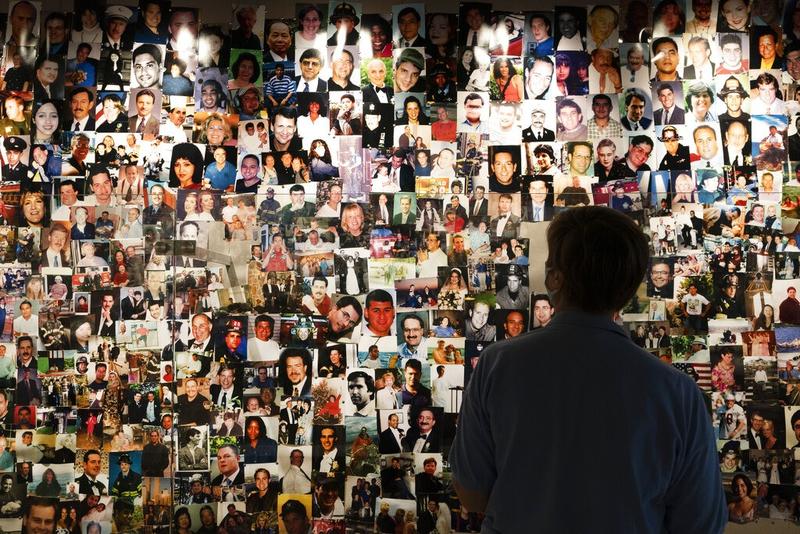 Viewing the nation's safety more broadly, he said the US is not safer than before Sept 11, 2001. "There are many more threats, and some of today's violent extremists live in the United States and claim to be American 'patriots'," Dunham said.

Non-terrorism safety threats such as climate change and pandemics are much more daunting than they were in 2001, he added.

Andrew Bacevich, a professor emeritus of history and international relations at Boston University, said far more important threats than terrorism have emerged since 9/11.

"Most specifically, of course, is the climate chaos, which affects our country and the rest of the world," Bacevich said in a podcast last week.

Chas Freeman, assistant US secretary of defense for international security affairs from 1993-94, said in an email, "The external threats to the United States have been reduced, but internal threats have escalated as the constitutional norms of governance and the rule of law have been eroded by policies and practices driven by fear and justified by expedience."

He said such erosion "has made decadence and division the major dangers to the United States". 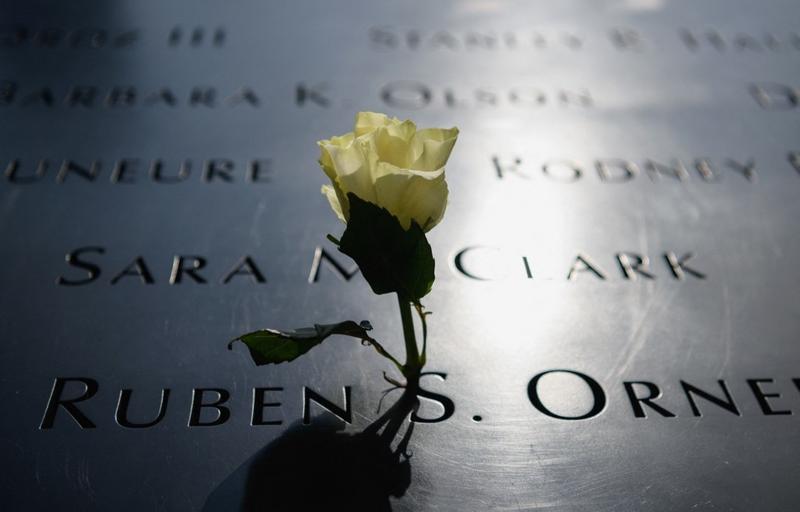 A flower adorns a name at the National September 11 Memorial site of the north tower at World Trade Center in New York, on Sept 8, 2021. (ANGELA WEISS / AFP)

Bruce Hoffman, senior fellow for counterterrorism and homeland security at the Council on Foreign Relations, or CFR, warned that bitter partisan divisions in the US could undermine the nation's counterterrorism strategy.

In an article posted on the CFR website titled "How Has the Terrorism Threat Changed Twenty Years After 9/11?", Hoffman noted that the US counterterrorism response to the attacks in 2001 yielded some "remarkable" successes and "disastrous" failures in hunting down al-Qaida.

"Sadly, the terrorist threat to the United States has shifted from a mostly external one－which it was for nearly two decades after 9/11－to an internal one, as the Capitol Hill riot of Jan 6 highlighted. But the ongoing threats posed by Islamic State and al-Qaida have not disappeared," he wrote.

However, the current climate of political polarization could effectively paralyze the US government in preparing for the next generation of threats, Hoffman warned.

Stanley Renshon, a political scientist at City University of New York, said the biggest internal threat to the US is "the breakdown of trust" in the nation's leadership and its key institutions.

Jason Blazakis, director of the State Department's Counterterrorism Finance and Designations Office in the Bureau of Counterterrorism from 2008 to 2018, said that as the US prepares to commemorate the 20th anniversary of the Sept 11 attacks, it "must confront the real possibility that our next 9/11 could arrive from within".

In an opinion article published in The Washington Post on Monday, he wrote,"As someone who has worked on national security issues in the US government for more than a decade, I've concluded that the US 'war on terror' launched in the wake of 9/11 has left us unprepared for the domestic threat that grows by the day."

He added: "Complicating matters further is that in today's politically charged environment, the Biden administration will find it difficult to pivot toward the domestic threat. But we must move beyond the narrow obsession with international terror and mitigate the extremist threat at home."

Reviewing changes in the US political situation since 9/11, Cheng Li, director of the John L. Thornton China Center at the Brookings Institution, said that around 2018, Washington decided strategic competition with countries such as Russia and China－not terrorism－was now the primary concern for US national security.

Whether it was the previous Republican government or Biden's Democratic administration, a mistake had been made in identifying China as an enemy, he said.

"The enemy of the United States should not be China, but the common enemies of mankind, such as the COVID-19 virus, climate change challenges, the threat of nuclear proliferation, and terrorists at home and abroad," he added.