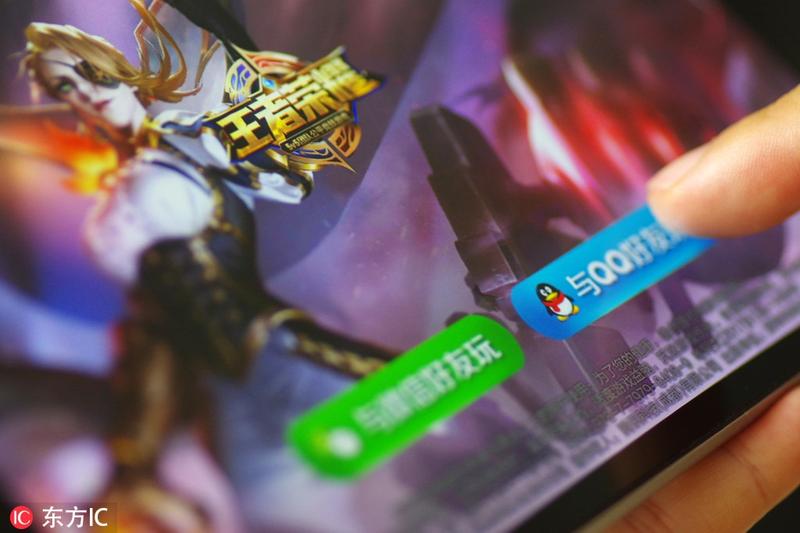 Tencent Games, one of China's biggest video game developers, said on Monday that it has sued more than 20 platforms that trade game accounts, a move in response to the lack of supervision of online stores that rent and sell accounts to minors.

The company, a subsidiary of internet and technology conglomerate Tencent, said in a statement on the Sina Weibo micro-blogging platform on Monday night that renting or trading accounts seriously undermines the real-name verification system for video games as well as the protection mechanism for minors.

The company has demanded the platforms cease related services, and called for the "introduction of more corresponding regulations as soon as possible" to strictly control account sales.

On Taobao, an online shopping platform, for example, after typing in the keywords "video game ID", a large number of such services pop up, offering accounts for popular games such as Honor of Kings, Game for Peace, CrossFire and Genshin Impact, with prices ranging from 500 to 2,000 yuan (US$77 to US$310).

For rental services, customers pay from a dozen yuan to hundreds based on the characters they play in the game.

After payment, the digital store will send buyers instructions to download a third-party phone application with a password that can put users directly into the game interface. This means that minors can circumvent the age and time limits by using an adult account.

"For teenagers, this means they are able to bypass the restrictions on minors playing more games for longer. It is a big risk," Han Zhengguang, an internet security expert, told China Central Television.

"For game companies, this is a loophole of their supervision."

On Aug 30, the National Press and Publication Administration issued a notice requiring all game companies to allow minors to play only from 8 pm to 9 pm on Fridays, weekends and official holidays, with no access permitted at other times.

All game makers also have to strictly implement real-name registration, and publication management departments at all levels will strengthen supervision and punish game companies that violate the rules.

The administration said the tightened requirements target minors' addiction to online games, which has brought adverse impacts to their studies and physical health.