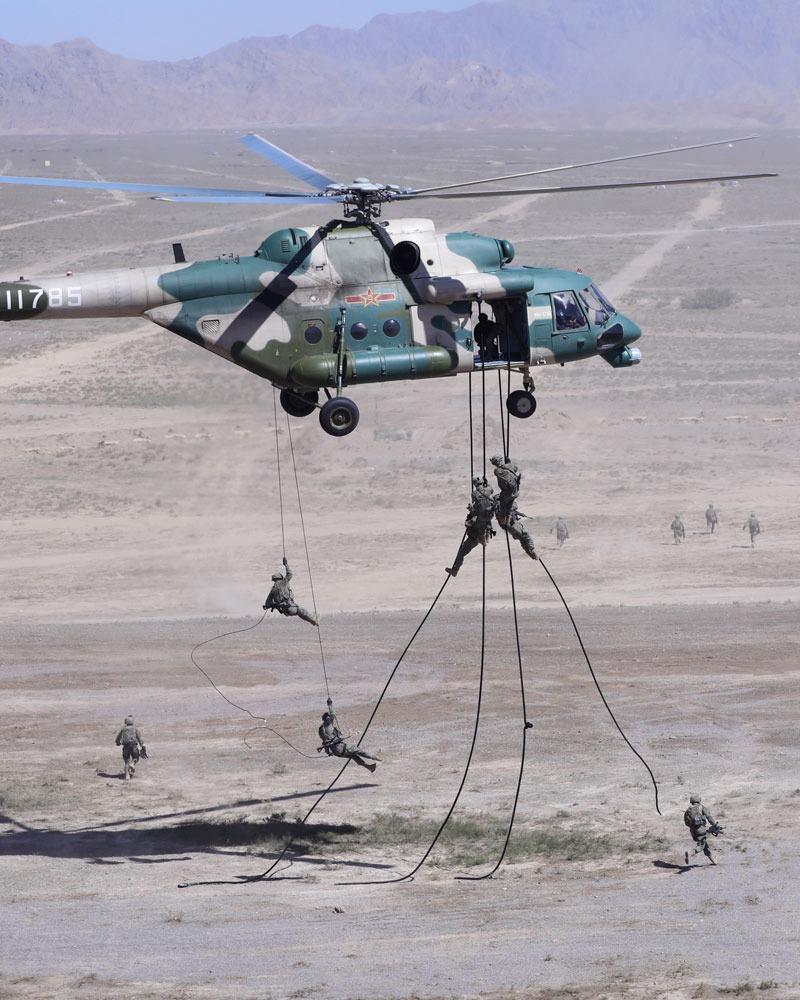 Chinese military personnel conduct adaptive training for a joint military drill on Aug 5, 2021. A joint Chinese-Russian military exercise is being held from Aug 9 to Aug 13 at a training base of the People's Liberation Army in the Ningxia Hui autonomous region. (LIU FANG / XINHUA)

The joint China-Russia military exercise "Zapad/Interaction-2021" that is taking place in northwestern China this week will serve to foster the two militaries' cooperation in maintaining regional stability and handling rising challenges such as terrorism, according to observers.

"The changes in the situation in Afghanistan and Central Asia are prone to creating new challenges and uncertainties in the region. We must be prepared for hazards from the possible surge of terrorism, separatism and religious extremism," said Wu Peixin, a military affairs observer in Beijing.

"Therefore, this joint exercise will serve to strengthen the two nations' capability of protecting their own and the region's peace and stability."

The joint exercise began on Monday morning in Northwest China's Ningxia Hui autonomous region and is scheduled to last until Friday, according to the People's Liberation Army.

This is the PLA's first joint exercise with a foreign military this year and also the fourth consecutive joint operation held by the Chinese and Russian militaries since the Vostok (East) 2018, Tsentr (Center) 2019 and Kavkaz (Caucasus) 2020 exercises, which were held in different parts of Russia.

Wu said that China sent some of its most advanced hardware such as the J-20 stealth fighter jet, the KJ-500 early-warning plane and the PCL-181 self-propelled howitzer to take part in the exercise, explaining that such a move indicated the high level of mutual trust and collaboration between the two militaries.

"As far as I know, this has become the first time for China to use the J-20, its best combat plane and one of the PLA's most protected assets, in an exercise with any foreign military. I think this also reflected both sides' seriousness about the operation and their hope of using the occasion to show their determination in safeguarding regional security and stability," Wu added.

Wang Ya'nan, editor-in-chief of Aerospace Knowledge magazine and a military commentator, said that despite the difficulty of planning and organizing a sophisticated joint exercise under the circumstances of the COVID-19 pandemic, the Chinese and Russian armed forces managed to host this event.

"The two militaries must have been convinced that they needed to boost their cooperation and coordination, even in this difficult situation. The exercise symbolizes a new high in bilateral political and military ties," he said. 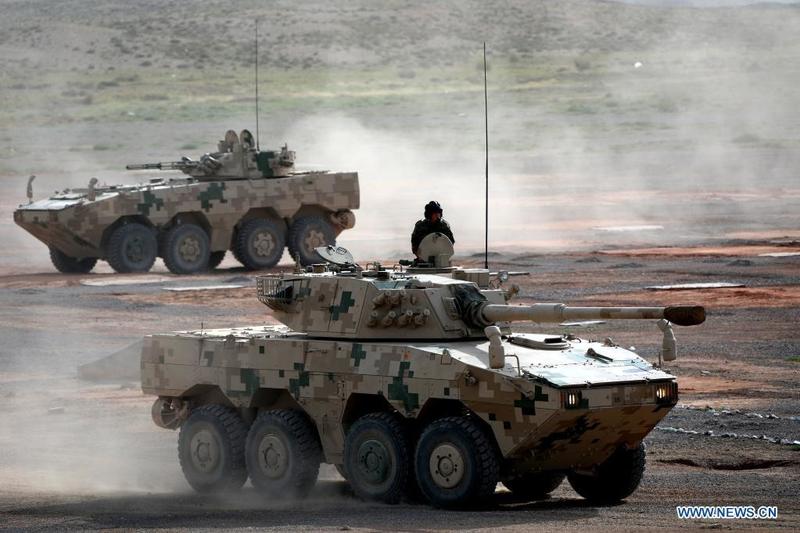 Russian military personnel conduct adaptive training for an upcoming joint military drill, on Aug 2, 2021. A joint Chinese-Russian military exercise is being held from Aug 9 to 13 at a training base of the People's Liberation Army (PLA) in northwest China's Ningxia Hui autonomous region. (WANG LIANBIN / XINHUA)

More than 10,000 troops from the PLA Western Theater Command and the Russian Armed Forces' Eastern Military District, as well as about 200 aircraft, more than 200 tanks and armored vehicles, and over 100 artillery guns from both sides are involved in the exercise at the PLA Ground Force's Qingtongxia Joint Tactical Training Base.

Troops involved in the exercise will test and hone their abilities and skills in performing reconnaissance, early-warning alerts, electronic strikes and joint assault operations, according to Senior Colonel Wu Qian, a spokesman for the Chinese Ministry of Defense.

Li Shuyin, a researcher at the PLA Academy of Military Science, told China National Radio on Monday that compared with previous Sino-Russian exercises, this ongoing one features unprecedented level of cooperation and integration as officers from both sides are using unified commanding platforms while soldiers are mixed in the same groups in tactical operations.