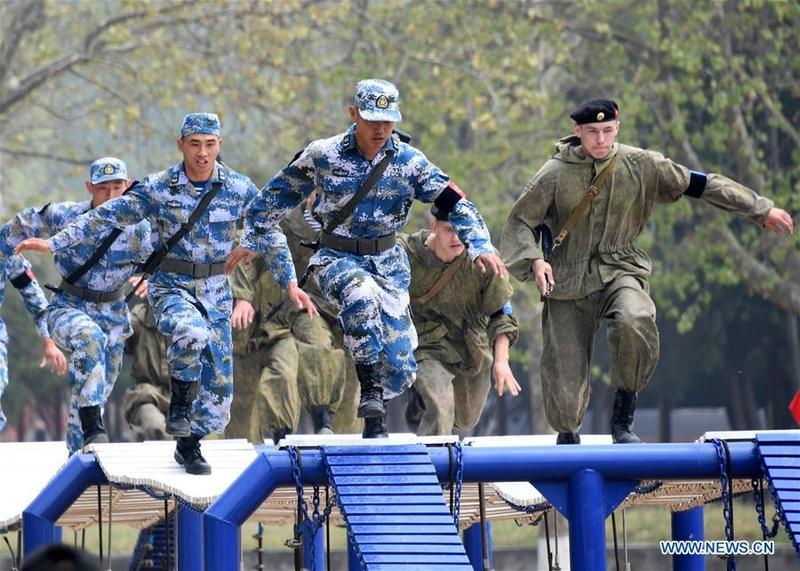 YINCHUAN - A joint military exercise by the Chinese and Russian armies will be held from Aug 9 to 13 at a training base of the People's Liberation Army (PLA) in northwest China's Ningxia Hui Autonomous Region.

The exercise, named ZAPAD/INTERACTION-2021, is the first joint military exercise held inside China since the COVID-19 outbreak, according to the exercise's leading group.

The participating troops will mainly be from China's PLA Western Theater Command and Russia's Eastern Military District. A total of over 10,000 members will be involved.

The exercise aims to further demonstrate the determination and ability of both sides to combat terrorist forces and jointly safeguard regional peace and security, said Wu Qian, spokesperson for the Ministry of National Defense, at a press conference last week.

All the Russian officers and soldiers participating in the drill have entered the exercise area after completing quarantine and medical observation according to China's epidemic-prevention regulations. All the preparatory work for the exercise has been completed.

ALSO READ: Report: Russia to reinforce military base in Tajikistan