Report: Russia to reinforce military base in Tajikistan 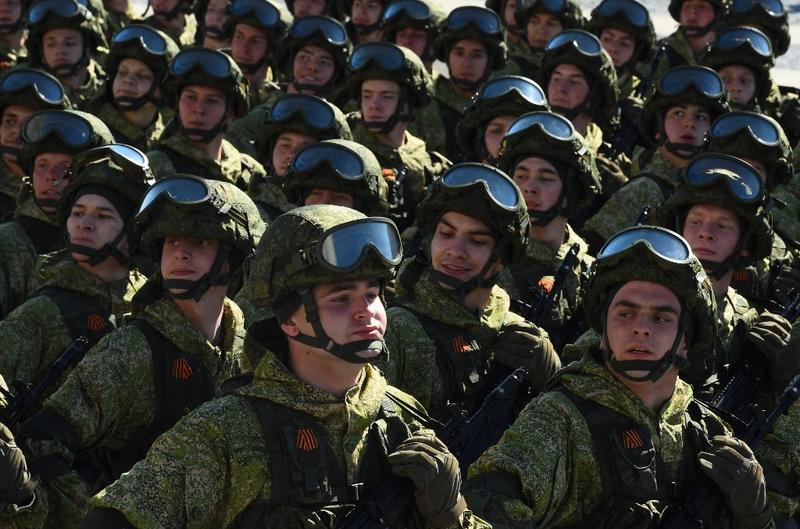 In this May 9, 2021 photo, Russian servicemen march on Dvortsovaya Square during the Victory Day military parade in Saint Petersburg. (OLGA MALTSEVA / AFP)

MOSCOW - Russia will reinforce its military base in Tajikistan with 17 infantry fighting vehicles, Interfax news agency reported on Wednesday citing the military, amid conflict in neighbouring Afghanistan.

The base will receive new BMP-2 vehicles this month, Interfax quoted Alexander Lapin, commander of Russia's Central Military District, which will "significantly boost the combat capacity" of its units.

Taliban fighters have made major advances in Afghanistan as U.S. forces pull out after 20 years of war, a security headache for Moscow.

Russian tanks deployed near the Afghan-Tajik border on Tuesday ahead of military exercises next month and Moscow announced more drills in neighbouring Uzbekistan as regional tensions over the Taliban's territorial gains remained high.