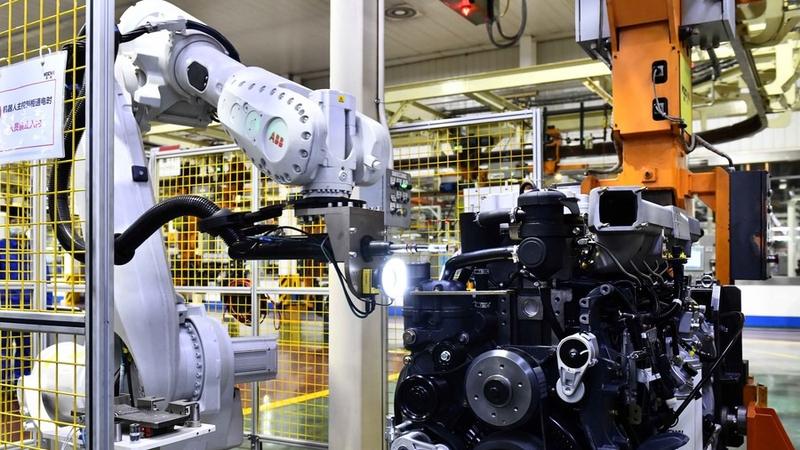 The recovery of China's manufacturing sector slowed down in July due to softening local demand and elevated cost pressure, raising more hopes that policymakers will ramp up policy support and consolidate economic recovery in the coming months, experts said on Monday.

The Caixin China General Manufacturing Purchasing Managers' Index, a private gauge of the country's manufacturing activity, slipped from 51.3 in June to 50.3 in July, which marks its lowest level in 15 months and indicates a slowdown in the sector's expansion, media group Caixin said in a report on Monday.

The deceleration was mainly attributable to a marginal decline in new market orders, the first fall in 14 months, as some surveyed businesses said higher product prices have dampened customer demand, according to a report by Caixin

The deceleration was mainly attributable to a marginal decline in new market orders, the first fall in 14 months, as some surveyed businesses said higher product prices have dampened customer demand, according to the report.

The PMI reading, nevertheless, has remained above the 50-mark that separates expansion from contraction for 15 months in a row, as output registered slight expansion in July while the export and employment situations remained stable.

ALSO READ: China's manufacturing PMI edges down to 50.4 in July

Wang Zhe, an economist at Caixin Insight Group, said the data suggested that the foundation of China's economic recovery is not yet solid, as some enterprises are still pressured by rising commodity prices, especially industrial metals, even though these price rises decelerated in July.

The official PMI, released on Saturday by the National Bureau of Statistics, also pointed to a weaker momentum of expansion in manufacturing activities as the reading came in at 50.4 in July, compared with 50.9 a month earlier.

Notably, small manufacturers saw their PMI drop to 47.8 last month from 49.1 in June, meaning that their contraction in activities has intensified amid rising raw material costs and sluggish market demand, the NBS said.

The Political Bureau of the Communist Party of China Central Committee stressed on Friday the need to support the continued recovery of small and medium-sized enterprises and urged efforts to ensure the stability of commodity supplies and prices.

Lan Zongmin, a researcher at the Development Research Center of the State Council, said, "China will ramp up policy support to ease the cost pressure felt by downstream businesses, by boosting the supply of raw materials and providing more fiscal and monetary assistance to smaller businesses."

Wang Qian, Asia-Pacific chief economist at the United States-based Vanguard Investment Strategy Group, said fiscal policy is expected to become more proactive in the coming months and this will boost domestic demand, helping the Chinese economy to achieve full-year GDP growth of between 8.5 and 9 percent.

Yet the predicted growth remains exposed to downside risks, especially any major resurgence of domestic COVID-19 cases, Wang said, citing the recent outbreaks in areas such as Jiangsu province.