Tropical storm on path to crash Tokyo Olympics next week 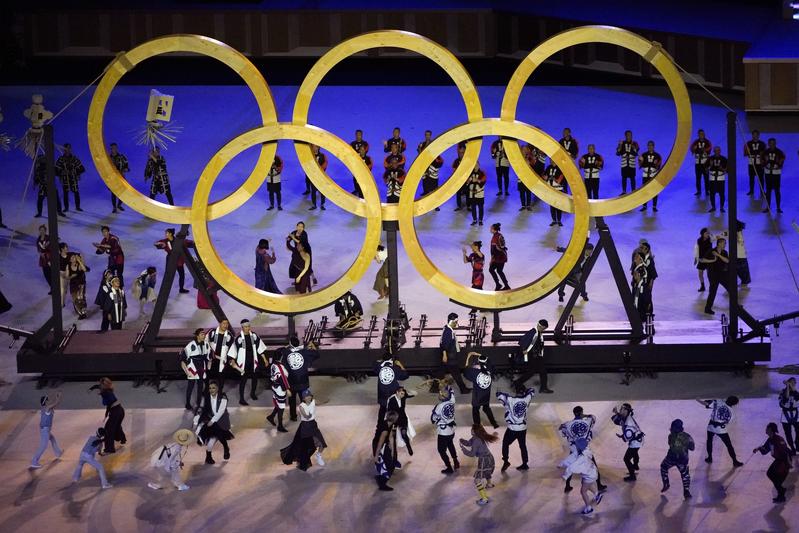 Dancers perform during the opening ceremony in the Olympic Stadium at the 2020 Summer Olympics, July 23, 2021, in Tokyo, Japan. (CHARLIE RIEDEL / AP)

The Tokyo Olympics, already struggling with an outbreak of COVID-19 among athletes, may face another kind of disaster - a tropical storm.

Tropical Storm Nepartak, which formed southeast of Tokyo, is approaching the nation and could make landfall next week, according to the Japan Meteorological Agency. Wind speeds could reach 74 kilometers per hour on US wind scales, said the Joint Typhoon Warning Center, a US Navy and Air Force forecasting operation in Hawaii.

“That is really all they need,” said Jim Rouiller, lead meteorologist with the Energy Weather Group. “A tropical storm coming right toward Tokyo.”

Rowing competitions scheduled to take place Monday at the Sea Forest Waterway in Tokyo Bay have been brought forward to Sunday as a result of the weather forecast. The changes are a “precautionary measure,” Masa Takaya, a spokesman for Tokyo 2020 said Saturday. Organizers will consider other appropriate responses to the storm, he said. 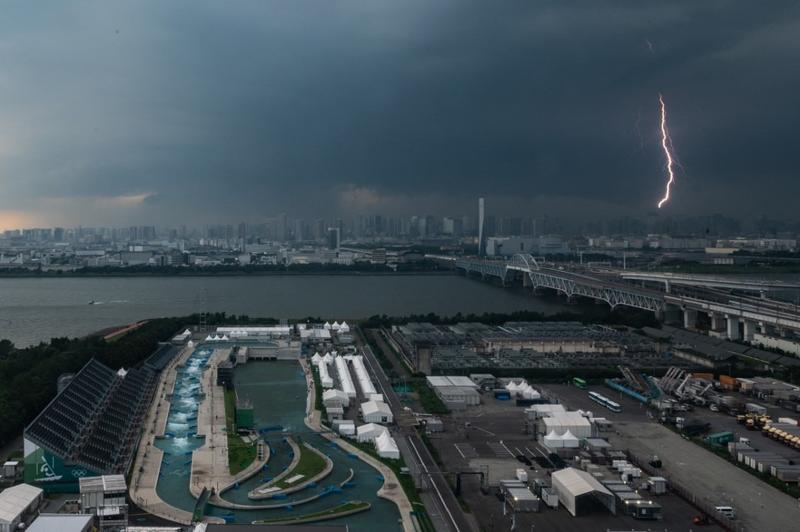 A bolt of lightning is seen in the background past the Kasai Canoe Slalom Centre, the main venue for canoe slalom during the Tokyo 2020 Olympic games, in Tokyo on July 11, 2021. (PHILIP FONG / AFP)

Tokyo is already grappling with a surge of coronavirus cases that prompted the government to declare a fourth state of emergency in the capital earlier this month. The Tokyo metropolitan government reported 1,359 new infections Friday.

At least 123 infections linked to the Games have been reported. While the number of cases is small compared to the total number of athletes and staff, it has added to public concern about the safety of the events.

Friday’s opening ceremony took place without paying spectators and fans will be excluded from events in Tokyo and surrounding areas because of concern about the virus.