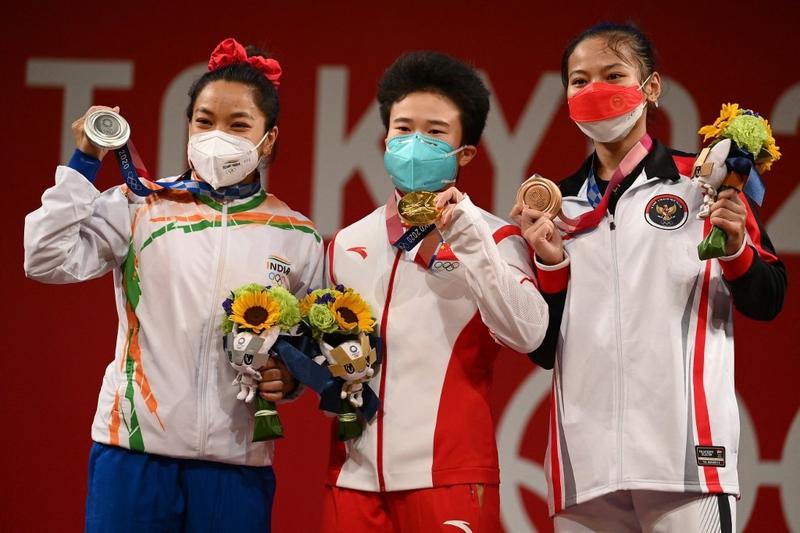 TOKYO - China's Zhihui Hou won the gold medal in women's 49-kg weightlifting at the Tokyo Olympics, bagging the second gold for China in as many competitions, with a comfortable win over Indian and Indonesian medalists.

Earlier, China's Yang Qian had claimed the first gold medal of the Tokyo Olympics in the women's 10-metre rifle competition

Hou broke the Olympic records in all three categories of snatch, clean and jerk, and total with 210 kg, three kilos short of her own world record. She also holds the world record with 96 kg in snatch, which she didn't attempt in Tokyo.

In Rio 2016, Chanu was one of two athletes in her category who didn't register a total, after failing all three of her clean and jerk attempts.

There are two Olympic lifts: the clean and jerk, and the snatch. Each athlete is allowed three attempts at each lift. The best lift in each is combined to determine the overall total. Athletes must successfully attempt the snatch before proceeding to the clean and jerk.

Earlier on Saturday, China's Yang Qian had claimed the first gold medal of the Tokyo Olympics in the women's 10-metre rifle competition.