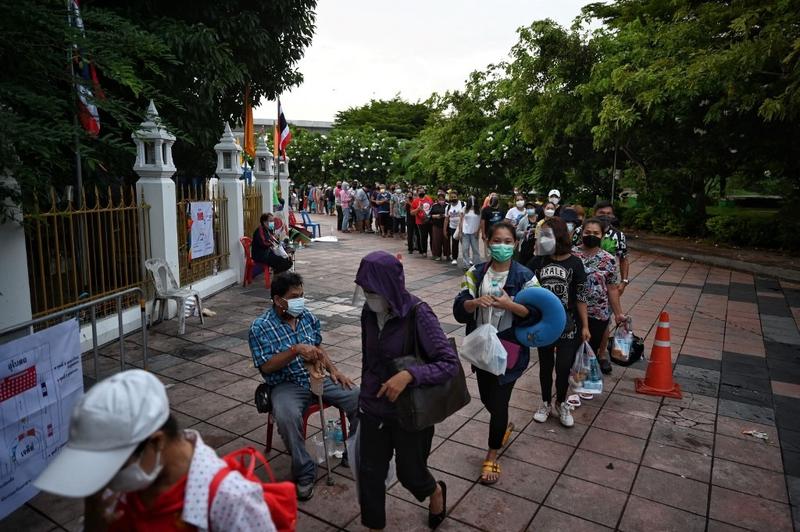 Restrictions on movements from 9pm-4am will cover the Bangkok metropolitan area and four southern provinces with the highest infections, according to a statement published in the Royal Gazette on Saturday. Limited services and operating hours for restaurants and shopping malls, closures of spas and beauty clinics as well as a ban on large gatherings will be implemented in Bangkok and surrounding districts. The measures take effect Monday until at least July 25, the statement said.

The move to tighten restrictions follows a relentless surge in infections and hospitalizations that have stretched the nation’s health care system, especially in the virus epicenter Bangkok. The government earlier resisted a lockdown to avoid hurting the economy and targeted its curbs on construction-worker camps and night-entertainment venues, where large clusters of infections have been reported.

Thailand reported 91 deaths from coronavirus on Saturday, the highest number recorded on a single day, taking the nation’s cumulative fatalities to 2,625, according to the Center for COVID-19 Situation Administration.

Some 9,326 new infections were reported, the second most in single day since the pandemic began. The nation on Friday announced a set of tighter virus containment measures, including a curfew, and bans on gatherings of more than five people and non-essential travel.

The shipments are part of the Biden administration’s pledge to share an initial batch of 80 million US-made vaccines globally amid concern about the wide disparity in vaccination rates between advanced and developing countries.

Last week, the administration announced plans to ship 1 million doses of the COVID-19 vaccine developed by Pfizer Inc. and BioNTech to Malaysia.

The shipment to Indonesia is part of 4 million doses promised last week and is one of the largest US shipments of donated vaccines thus far. The remaining 1 million doses will be shipped soon, the official said, adding that the United States was also moving forward with plans to boost assistance to Indonesia’s broader COVID-19 response.

Indonesia has recorded 2.4 million coronavirus cases and 64,000 deaths, among the highest tolls in Asia. But those have accelerated at an alarming rate, with daily fatalities doubling in the first week of July.

The United States has been competing with China to deepen its geopolitical influence through so-called vaccine diplomacy, but insists it is not sharing vaccines to secure favors or extract concessions, but to save lives and end the pandemic.

The United States had already announced plans to provide vaccines to other countries in Asia, including the Philippines, Vietnam, Thailand, Laos, Papua New Guinea and Cambodia. 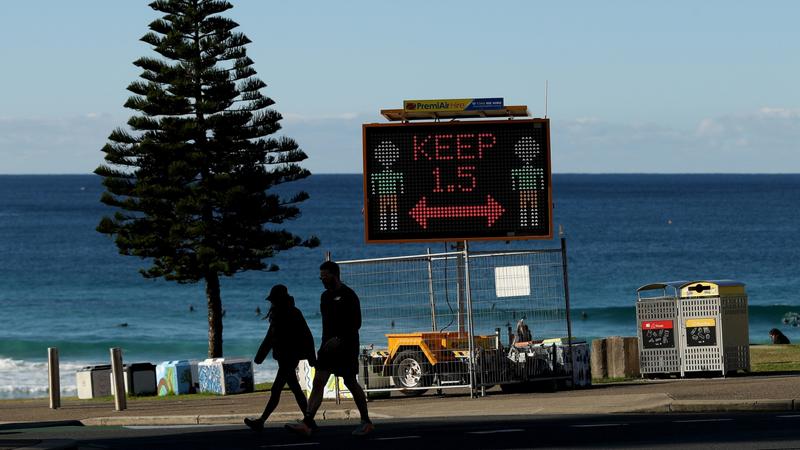 Sydneysiders are braced for a longer and tighter lockdown after Australia’s biggest city recorded 50 new daily cases on Saturday.

“Things are going to get worse before they get better,” New South Wales state Premier Gladys Berejiklian said at a press conference. “Unless we reduce that level of people in the community that are infectious, we won’t be able to turn things around as quickly as we can or as quickly as we should.”

Of the new cases, 26 were infectious while in the community. Total cases in the current delta variant outbreak are now at 489 and Berejiklian has warned that unless it is quickly brought under control, Sydney’s lockdown will need to stay in place beyond July 16.

On Friday, the government imposed stricter social-distancing measures including only allowing one person in a household to shop for food or other essentials once a day.

While tough border restrictions helped Australia prevent the waves of death and illness that swept the US and Europe, a slow vaccine rollout has left it still largely unprotected against the virus. Just 26 percent of the country’s roughly 26 million people have received their first jab, compared to 68 percent in the UK, according to Bloomberg’s Vaccine Tracker.

One in five Brunei residents has received at least one dose of COVID-19 vaccine under the national vaccination program, the Brunei government announced on Friday.

The Brunei government officially launched the third phase of its national vaccination program on July 5, providing free COVID-19 vaccination for all citizens and residents over 18 years old in the country, aiming to achieve at least 70 percent vaccination coverage by the end of this year.

There are still eight active cases being treated and monitored at the National Isolation Center, who are all in stable condition.

India's COVID-19 tally rose to 30,795,716 on Saturday as 42,766 new cases were registered during the past 24 hours across the country, showed the federal health ministry's latest data.

Besides, 1,206 deaths due to the pandemic since Friday morning took the total death toll to 407,145. 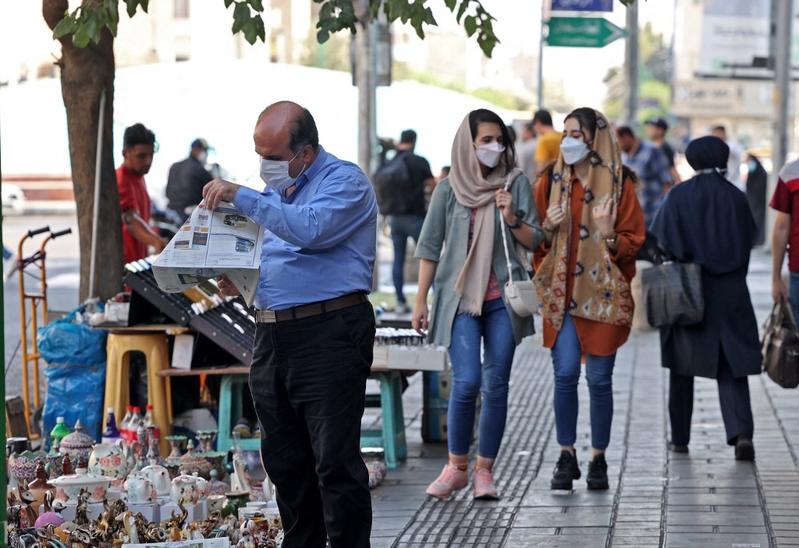 Iranians wear face masks as a measure against the Covid-19 coronavirus, in a street in the capital Tehran, on July 7, 2021. (ATTA KENARE / AFP)

The pandemic has so far claimed 85,543 lives in Iran, up by 146 in the past 24 hours, the Iranian Ministry of Health and Medical Education said in a briefing published on the ministry's official website.

Israel's Ministry of Health on Friday reported 474 new COVID-19 cases, bringing the total number of cases in the country to 845,379.

The death toll from the virus rose by four to 6,434, while the number of patients in serious condition rose from 37 to 40.

Japan is formulating guidelines for a COVID-19 vaccine certificate that can be used at restaurants and bars, the Yomiuri newspaper reported without saying where it got the information.

The guidelines encourage businesses to offer discounts to people who present the vaccine passport in order to help the pandemic-hit service sector, while trying to prevent discrimination against those who don’t have the document, the report said.

Lao Ministry of Health Saturday reported 93 new cases of COVID-19, raising the total in the country to 2,630.

Director General of the Department of Communicable Disease Control under the Lao Ministry of Health Rattanaxay Phetsouvanh told a press conference in Lao capital Vientiane on Saturday that the country reported 91 new imported COVID-19 cases and two new locally transmitted cases over the last 24 hours.

Meanwhile, 13 more COVID-19 related deaths and 3,397 new recoveries were reported over the same period, taking the national counts to 700 and 99,910, respectively, said the ministry.

Pakistan on Friday confirmed 1,828 new COVID-19 cases amid fears of another wave of the pandemic in the Asian country, the National Command and Operation Center (NCOC) said Saturday.

The number of active cases has risen to 36,454 who are under treatment across the country, including 2,049 critical patients.

According to the NCOC, 35 patients died from the coronavirus epidemic on Friday, bringing the overall death toll to 22,555.

The authority added that after this approval, authorities will start procedures to import the two-dose vaccine, the news agency said.

Saudi Arabia had earlier approved the use of the Pfizer Inc, AstraZeneca Plc and the Johnson & Johnson vaccines.

There were six imported cases of the virus, all of whom were isolated upon arrival in Singapore, according to the Ministry of Health on Saturday.

Singapore is moving to relax some COVID-19 restrictions as vaccinations progress and an outbreak of infections begins to quell after more than two months. The country is allowing bigger group sizes at restaurants from July 12, and will further ease curbs on dining, office work and events once half of its residents are fully vaccinated. 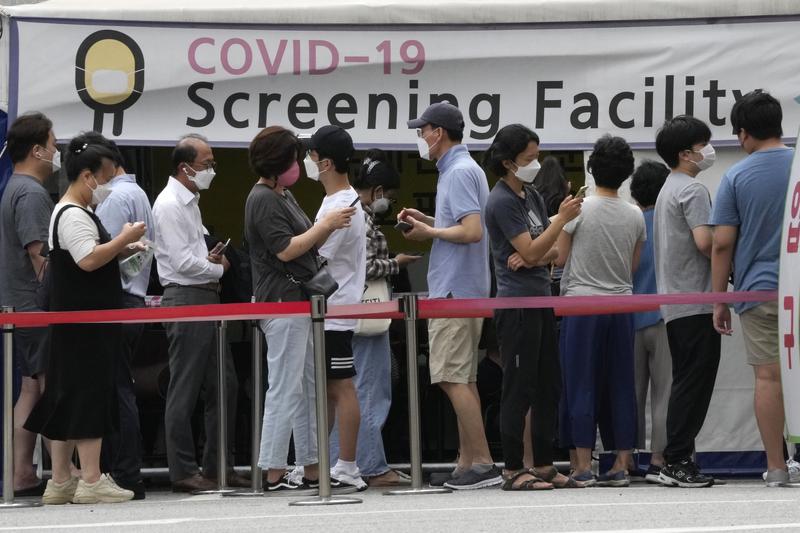 People queue in line to wait for the coronavirus testing at a Public Health Center in Seoul, South Korea, July 9, 2021. (AHN YOUNG-JOON / AP)

Coronavirus cases continue to worsen in South Korea after a resurgence prompted the government to impose its highest social distancing rules in the greater Seoul area from next week.

The Korea Disease Control and Prevention Agency reported 1,378 new virus cases during the last 24 hours, the highest daily infections for a third consecutive day. Prime Minister Kim Boo-kyum said yesterday the surge leaves the government no choice but to impose its toughest restrictions.

The stricter social distancing rules will shutter night-time entertainment businesses and ban gatherings of three or more people from 6 pm. The restrictions take effect for two weeks on July 12 for the greater Seoul region, where most of the recent infections have emerged from transmissions in restaurants, bars and shopping malls.

Officials said 1,021 of the new cases were in the Seoul, Gyeonggi and Incheon regions, where almost half of South Korea’s population live.

The latest resurgence is a setback for a country that has been lauded as a model for containing the outbreak without a lockdown. South Korea has resisted taking harsh measures in an effort to prevent damaging the economy, in favor of managing outbreaks with targeted quarantine restrictions.

The Philippines' Department of Health (DOH) reported on Saturday 5,675 new confirmed cases of COVID-19, bringing the total tally to 1,467,119.

The death toll rose to 25,816 after 96 more patients died from the coronavirus epidemic in the Southeast Asian country, according to the DOH.

Turkey on Friday confirmed 5,670 new COVID-19 cases, raising its tally of infections to 5,470,764, according to its health ministry.

The United Arab Emirates will suspend entry for travelers from Indonesia from July 11 as the Southeast Asian country grapples with a surge in infections, driven by the delta variant.

The ban will exclude some travelers, including UAE citizens and essential workers, who will be subject to a 10-day quarantine and PCR tests. Travel from Afghanistan will also be suspended, the country’s National Emergency Crisis and Disaster Management Authority said on Saturday.

The move comes as Indonesia - Southeast Asia’s largest economy - battles one of the worst outbreaks in the region. The government has imposed stricter curbs, including a full work-from-home order for non-essential sectors.

Hospitals in many provinces are running out of beds and oxygen. As many as 38,124 people were confirmed to have the coronavirus in the 24 hours through Friday, with 871 dying from the disease. That was the first day in six that Indonesia didn’t mark a record in infections.