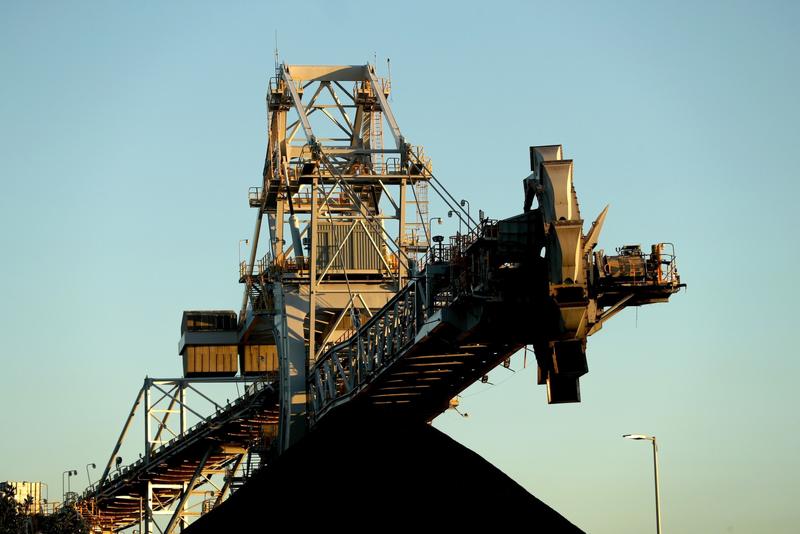 In this March 26, 2021 photo, a stacker-reclaimer next to a stockpile of coal at the Newcastle Coal Terminal in Newcastle, New South Wales, Australia. (BRENDON THORNE / BLOOMBERG)

Australia will challenge a court ruling that orders the government to consider climate change impacts from a planned coal mine expansion, a decision seen as clouding the prospects for any new fossil fuels projects.

Environment Minister Sussan Ley has “formed the view there are grounds on which to appeal,” her office said Friday in a statement, without specifying details of the issues the government will contest.

A spokesman for Whitehaven didn’t immediately respond to a request for comment. The miner’s shares rose as much as 2.3 percent in Sydney trading, after declining Thursday.

Bromberg’s judgment is seen as adding new burdens to project approvals and posing a new challenges to fossil fuel companies in Australia, a key global producer of coal and liquefied natural gas. The case follows a May ruling in The Hague which ordered Royal Dutch Shell Plc to cut emissions faster than planned, and comes amid a wave of global climate litigation.

“We will vigorously defend the rights of children not to suffer injury or death at the hands of a government intent on approving new fossil fuel projects,” said David Barnden, lawyer for the Australian campaigners, who include an elderly nun and a group of Greta Thunberg-inspired teenagers.

Whitehaven’s planned extension of its Vickery mine involves a “tiny but measurable” impact on climate change, and would produce about an additional 100 million tons of carbon dioxide emissions over the life of the operation, Bromberg said in May. The judge earlier dismissed an injunction aimed at halting the mine expansion outright.