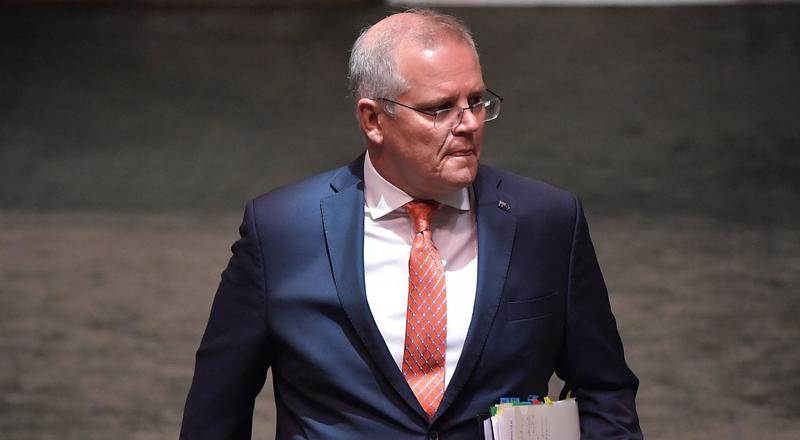 Around 70 world leaders including Chinese President Xi Jinping and Pope Francis will use a global climate summit this weekend to outline new pledges to cut greenhouse-gas emissions. Australia’s Prime Minister Scott Morrison, who supports fossil fuels, will be conspicuously absent.

Morrison wasn’t invited to speak at the United Nations Climate Action Summit on Saturday because he hadn’t come up with an ambitious enough pledge, according to two people familiar with the matter. The summit marks the fifth anniversary of the Paris Agreement to limit global warming to well below 2 degrees Celsius - a target which the world has yet to achieve.

As a prerequisite for speaking, leaders had to provide a guidance note setting out what they would announce

As a prerequisite for speaking, leaders had to provide a guidance note setting out what they would announce. Recent months have seen major emitters including China, South Korea and Japan commit to stop polluting completely by 2060 or sooner. The European Union is debating a target to cut carbon emissions 55 percent or more by the end of the next decade.

Notable in their absence from the list is Australia, Brazil, Saudi Arabia, Mexico, Turkey and Poland. The US government will not be represented since current President Donald Trump has pulled out of the Paris deal, but the governors of Massachusetts and Michigan will be attending.

Morrison confirmed on Friday he wouldn’t be speaking at the event, telling reporters that “I wish them well for the summit.” Regarding his climate change commitments, he said: “What matters here is what you get done, not what you talk about. Australia’s getting it done.”

Countries that don’t come forward with “concrete and ambitious” plans won’t be allowed to speak, U. Business Secretary Alok Sharma said last week. “What we’re not looking for is general commentary. We’re looking for very clear ambition and targets.”

The UK, who is helping to organize the virtual meeting, is heading up the next round of global climate talks, known as COP26.

General commentary seems to be exactly what the prime minister of Australia - the world’s third-biggest emitter per person - had been planning to deliver. Last week, he said addressing the summit was “a great opportunity to correct the mistruths” about Australia’s record of emissions reduction.

Morrison has spent the year promoting the role of Australia’s oil and natural gas exports in pulling the country out of the pandemic-induced recession. That contrasts with announcements by his three biggest customers - China, Japan and South Korea - that they will pursue targets to effectively eliminate emissions.

The summit organizers’ decision to exclude Morrison suggests his conservative government’s continued support for the fossil-fuel industry, which reaps A$120 billion (US$90 billion) in exports a year, is increasingly unpalatable on the world stage. Joe Biden’s presidential election victory means the US will join a growing list of nations making the pledge to zero-out emissions, leaving Australia one of only a handful of developed nations yet to commit.

Around 20 countries are expected to use the summit to announce their new 2030 climate pledges, known as Nationally Determined Contributions, toward reaching the Paris agreed temperature goal. This week Brazil announced a 2030 climate target that was barely changed from the goal it set five years ago.

“The world is impatiently waiting for Australia” to do more to combat climate change, Christiana Figueres, the former executive secretary of the United Nations Framework Convention on Climate Change, told an online summit last week. Government climate policies over the past decade have put the nation in a “suicidal situation,” she said.

“Just because Australia has been depending on coal exports for a large chunk of the income coming from exports doesn’t mean that Australia is condemned to continue to depend on that,” said Figueres, who is now the director of Mission 2020, a global lobbying group.

Morrison’s ongoing backing of fossil fuels comes despite a groundswell of support from Australians to take tougher action to reduce emissions during the unprecedented bushfire crisis that swathed the nation’s major cities with toxic smoke a year ago. The months-long blazes, which scientists said were exacerbated by climate change, burnt an area the size of the UK, killed 33 people and caused more than A$10 billion of damage.

Morrison, who famously brandished a lump of coal in parliament in support of the industry, seems unlikely to bow to calls from climate activists to charge polluters for emissions or legislate a hard target to reach net-zero emissions. Still, he has signaled a move away from using controversial carbon credits again to meet its targets.

Australia says it has surpassed its 2020 emissions-reduction target by 459 million metric tons. It plans to use those so-called carry-over credits to help meet its 2030 target, despite opposition from climate activists who argue that the approach helps countries get around commitments to lower pollution.

Morrison told a meeting of his government’s lawmakers on Tuesday that carbon credits were a reflection of Australia’s over-achievement in reducing emissions, likening them to getting ahead in paying off a mortgage. He said if they weren’t needed again to meet targets, then Australia had again exceeded its commitments.

“Australia is now a climate pariah with the rest of the world turning their backs on us,” the Greens lawmaker said in a statement on Friday, referring to the summit. “World leaders recognize we are on track for climate catastrophe unless everyone lifts their ambition, but Scott Morrison refuses to do what’s needed to protect Australia and its people.”