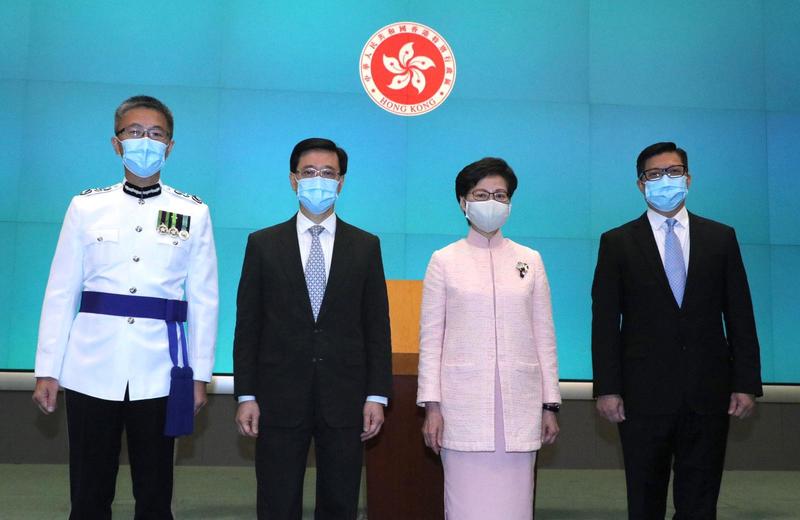 China's State Council announced on Friday it has decided to appoint and remove several officials of the Hong Kong Special Administrative Region government, in accordance with the HKSAR Basic Law and based on the nomination and suggestion of HKSAR Chief Executive Carrie Lam Cheng Yuet-ngor.

I will fully support the chief executive to implement policies … and assisted her in the fight against the pandemic and promoting the city’s economic development.

Commissioner of Police Chris Tang Ping-keung will assume the security chief role and Raymond Siu Chak-yee, the deputy police commissioner, will replace Tang. The decision was made on Wednesday.

“The three newly appointed officials have been working hard with me at a time when the city faces unprecedented difficulties and shouldered their responsibilities very well. … They are the best candidates at the moment,” Lam said at a briefing on Friday.

Lam thanked Cheung, who became chief secretary for administration in 2017 at the age of 66, for his service and commitment at the Hong Kong government for nearly half a century.

Lee said he felt “really honored” after his appointment was announced.

“I will fully support the chief executive to implement policies … and assisted her in the fight against the pandemic and promoting the city’s economic development,” Lee said.

Tang said protecting Hong Kong and serving its people are his “lifelong commitments”.

“In my new position, I will continue working with disciplinary services to crack down on crimes…, including anti-terrorism and safeguarding national security,” Tang said. 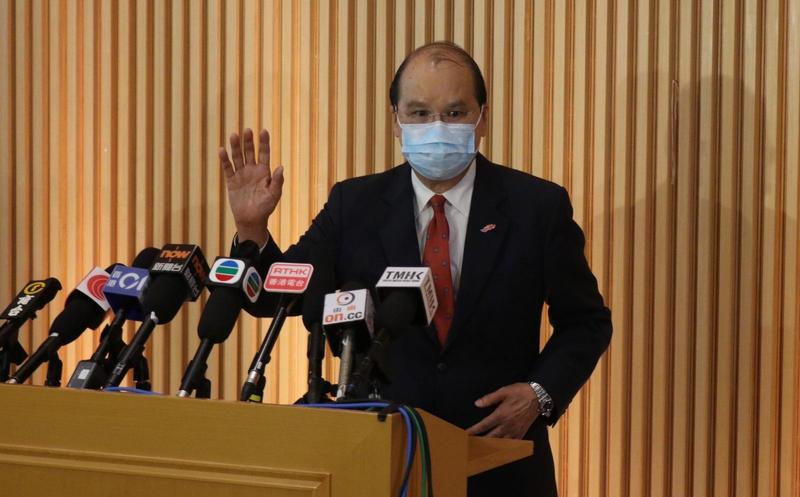 “We will try our best to ensure the upcoming three elections can go ahead in a safe and stable environment.”

Siu said: “I want to express my thanks to the support and encouragement from the families of police officers and Hong Kong residents when the force was in the face of unprecedented challenges. I will lead the police force … to safeguard national security and Hong Kong’s stability and prosperity.”

“I will lead the police force … to safeguard national security and Hong Kong’s stability and prosperity,” he said.

Meeting the press separately, Cheung, 70, thanked the support of the central government and all chief executives over the years.

“It has been my true honor and privilege and given me much satisfaction to have served the Hong Kong community for nearly 50 years in various positions, especially in my service for the country and the Hong Kong SAR as well as my participation in the implementation of “one country, two systems” since Hong Kong’s return to the motherland,” Cheung said.

Chen Zimo contributed to this story.