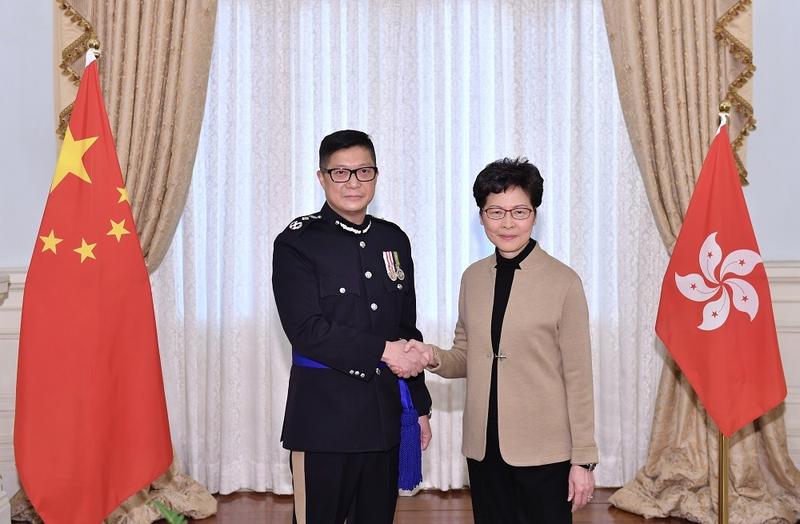 The decision was made in accordance with the HKSAR Basic Law, and based on the nomination and suggestion of HKSAR's Chief Executive Carrie Lam Cheng Yuet-ngor.

Speaking after his appointment, Tang expressed his hope that the public would continue to support police in law enforcement so as to restore order in Hong Kong as soon as possible.

"We hope that violence will be stopped, and that public order in Hong Kong will be restored as soon as possible," said Tang. 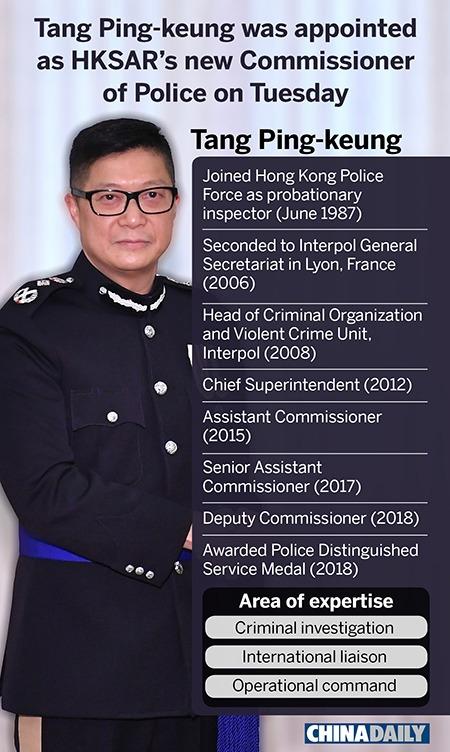 On behalf of the HKSAR government, Lam conveyed her appreciation to Lo's contribution to the HKSAR and commended him for his efforts in maintaining the HKSAR as "one of the safest cities in the world".

"He has demonstrated dedication and determination in safeguarding Hong Kong and upholding the rule of law in dealing with the social unrests in the past few months," Lam was quoted as saying.