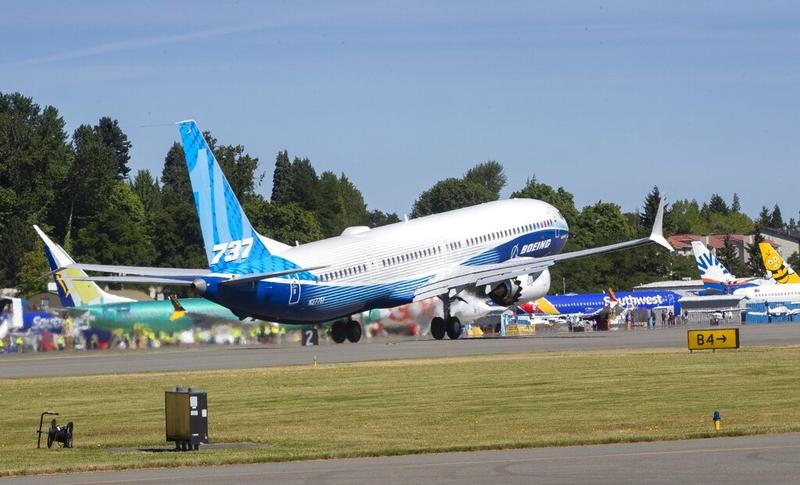 Boeing Co.’s biggest 737 Max model lifted off into brilliant blue skies for the first time Friday, marking another milestone in the jet family’s comeback from tragedy and a lengthy grounding.

The stretched narrowbody jet rumbled down a runway adjacent to the Renton, Washington, factory where it was built and took flight at 10:07 am local time Friday. After performing aerial maneuvers over eastern Washington, including a touch-and-go landing, the Max 10 landed about 2 1/2 hours later at Boeing Field, south of Seattle.

The occasion is bittersweet for Chicago-based Boeing, which is working to restore its reputation for engineering prowess and rebuild confidence in the jetliner family that has bankrolled the planemaker for decades. The 737-10 is the last planned Max model and will more than likely end a commercial product line dating to the mid-1960s.

“This is unquestionably the last commercial variant to be produced for the 737 family,” said Richard Aboulafia, an aerospace analyst with Teal Group. “This is it, the last of the line.”

It is still possible Boeing will produce a militarized version of the Max, as it did with a sub-hunting version of the previous generation of 737, Aboulafia said. But the technology behind the workhorse jet’s low-slung airframe has been “pushed as far as it can go,” he added. “It’s run out of growth potential, particularly for engine size.”

The airliner was the first Max to take its maiden flight since US regulators cleared the jets to re-enter the market in November. This version isn’t expected to enter commercial service until 2023, providing extra leeway as Boeing works with regulators to certify changes to how the aircraft measures its profile against oncoming air flow.

European officials demanded that Boeing add so-called synthetic sensors last year as an extra precaution after faulty angle-of-attack indicators were linked to two fatal 737 Max crashes that killed 346 people and prompted the flying ban. The technology will be tested and refined on the newest version and eventually retrofitted on the rest of the Max fleet.

The Max 10 can seat as many as 230 travelers in a single-cabin configuration favored by budget carriers and fly about 6,000 kilometers if outfitted with an auxiliary fuel tank. The jet that took wing Friday was rolled out in late 2019 and remained in storage as the Chicago-based planemaker worked with regulators to end the broader grounding.

Boeing borrowed its landing-gear design from the wide-body 777 jetliner to accommodate a frame stretched to compete with Airbus SE’s hot-selling A321neo jets. Boeing is also working to certify the smallest Max, the Max 7, as well as its initial 777X jetliner.