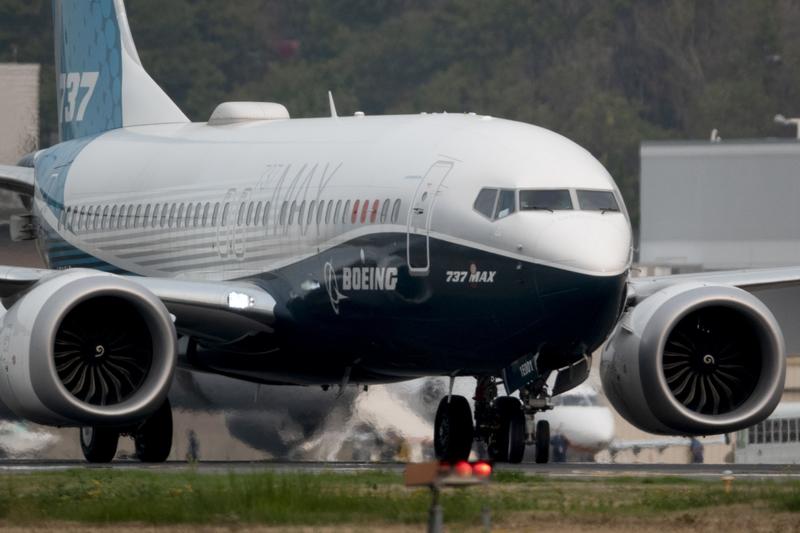 Boeing Co. sent two service bulletins to 737 Max operators Wednesday, providing instructions to repair an electrical issue that has grounded scores of new jets for more than a month.

The repair orders are a crucial step in resolving a manufacturing defect that has irritated customers, halted deliveries and thwarted Boeing’s plans to smoothly re-introduce its flagship jetliner after two fatal crashes. The issue potentially affects hundreds of 737 models made since early 2019, including 71 jets delivered to US operators.

Boeing hasn’t handed over any of its Max jets since alerting airlines and lessors last month that some cockpit components weren’t properly grounded due to a slight manufacturing change. The issue is “degraded” electrical connections on a standby power unit, a circuit breaker panel, and the plane’s main instrument display, the US Federal Aviation Administration said in April.

“After gaining final approvals from the FAA, we have issued service bulletins for the affected fleet,” a Boeing spokesperson said in an email. “We’ll continue to stay close to our customers as they complete the work to return their airplanes to service. We are also completing the work as we prepare to resume deliveries.”

The FAA issued what is known as an airworthiness directive requiring repairs on April 28 and said it was working with Boeing to finalize the fixes. The costs and time involved are fairly minimal: The repairs should take between nine and 24 hours per plane, for a cumulative tab of about US$155,000 for all the aircraft sidelined in the US At least some of the expenses may be covered by warranty, the FAA said.

FAA Administrator Steve Dickson told a congressional committee earlier Wednesday that the agency is conducting a review of how Boeing made the manufacturing changes that led to the grounding -- and why the potential safety issues weren’t discovered for about two years.

The fixes will be “pretty straightforward,” Dickson told House lawmakers during a virtual hearing in Washington.

Boeing faces extra scrutiny as it works to address manufacturing lapses, while convincing regulators globally that the Max is safe. A crash off the coast of Indonesia in October 2018 and another in Ethiopia less than five months later killed a total of 346 people.

After the US cleared the jet for service in November of last year, ending a 20-month flying ban, Air Lease Corp. had high hopes for the Max’s comeback this year, said Steven Udvar-Hazy, the aircraft lessor’s chairman. That’s giving way to frustration over the latest disruptions and the lag by regulators in Russia, China, India and Korea in clearing the plane to fly.

“The airplane is very, very popular if we can get it back in the air,” Hazy said at a CAPA Live virtual conference on Wednesday. “Boeing needs to get their act together to get these airplanes back in service and provide incentives for airlines to stay with the program.”