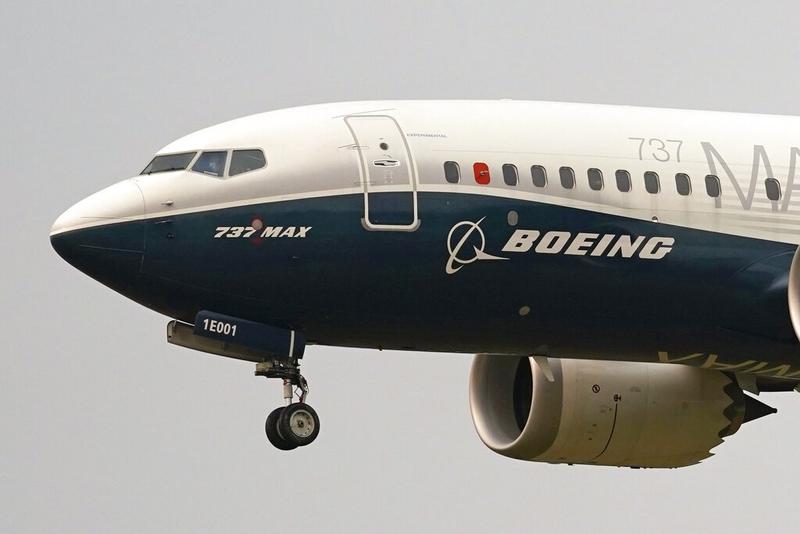 In this Sept 30, 2020, file photo, a Boeing 737 Max jet prepares to land at Boeing Field following a test flight in Seattle. (ELAINE THOMPSON/AP)

WASHINGTON - Airlines suspended the use of dozens of 737 MAX jets on Friday after Boeing Co warned them of a possible electrical fault in the production of some planes.

The glitch is the latest problem to beset the US planemaker’s most-sold model but is not related to cockpit safety issues that led to an almost two-year grounding, lifted five months ago. The grounding followed two crashes that killed 346 people.

Boeing told airlines that repairs for each plane could take a matter of hours or a few days, according to a notification seen by Reuters.

The issue affects about 90 planes globally, sources briefed on the matter said

The top three US 737 MAX operators - Southwest Airlines, American Airlines and United Airlines - said they had removed more than 60 jets from service following the notice from Boeing.

The issue affects about 90 planes globally, sources briefed on the matter said.

The chief operating officer of American Airlines, which said the issue affected 17 of its most recently delivered 737 MAX aircraft, told employees that Boeing has traced the issue to a production change made in the installation process.

“(This) occurred after our last aircraft was delivered before the fleet grounding in March 2019,” David Seymour said in the memo seen by Reuters.

The status of Boeing deliveries was not immediately clear, with one source saying they too could be disrupted by the new checks.

“Because the problem is understood and the fix looks relatively straightforward, it’s unlikely to be a showstopper, although it’s unclear if it might have any impact on the expected MAX delivery ramp,” Cowen analyst Cai von Rumohr wrote in a note.

Boeing shares were down 1.8 percent in Friday trading.

The US Federal Aviation Administration (FAA) said Boeing had notified it late Thursday of its recommendation to temporarily remove some planes from service to address a manufacturing issue that could affect the operation of a backup power control unit.

The FAA said it was in contact with the airlines and the manufacturer, and would ensure the issue was addressed.

Boeing said in a statement that it wants 16 MAX operators to check and verify that a “sufficient ground path” exists for a component of the electrical power system.

Southwest, the largest 737 MAX operator, said it was swapping out 30 of its 58 planes but did not expect a major disruption to its operations.