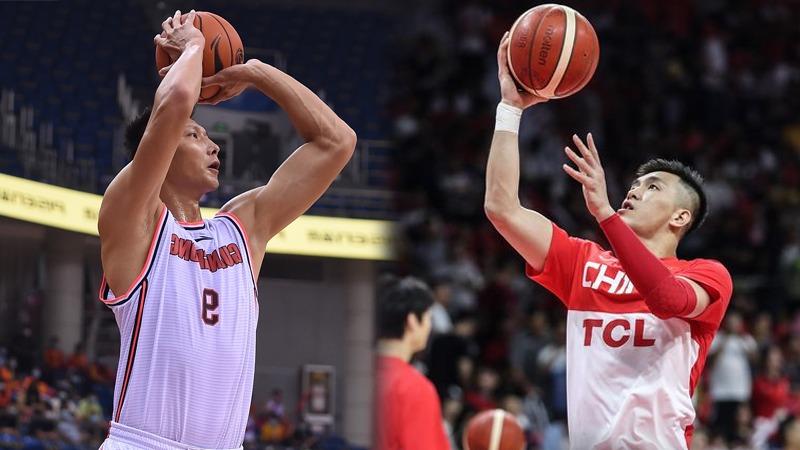 BEIJING - Three players from China's men's national basketball team, including star center Yi Jianlian and guard Guo Ailun, have withdrawn from the squad with injuries ahead of two upcoming tournaments.

Wang Zhelin from the Fujian Sturgeons will also be absent, along with Guangdong's Yi and the Liaoning Flying Leopards' Guo.

This is the second downsizing that the Chinese side has undergone in preparation for the 2021 FIBA Asia Cup qualifiers and Olympic qualifying tournaments, after taking five members out earlier in June.

Yi, who missed the entire 2020-21 season after rupturing his Achilles tendon, said despite an encouraging recovery, the long break had left him below the required level to compete, following a two-week training session with the national side.

"I have undergone three operations on my legs since last August, and have been in a rehabilitation process," he said. "It's difficult during the pandemic, as we cannot have many warmups like before, and will play matches abroad without complete preparation, so I feel I'm not at the level to compete."

Yi admitted it was a pity for him to pull out, but added that he remained as a part of the team, regardless of whether or not he would compete.

This is the second downsizing that the Chinese side has undergone in preparation for the 2021 FIBA Asia Cup qualifiers and Olympic qualifying tournaments, after taking five members out earlier in June

"My heart will be with the team, and hopefully they can play well this time," he said, before imparting advice to his teammates.

"You have to be aware that you play for the Chinese team and shoulder that responsibility. Therefore, you should cherish this chance, go all out and overcome all challenges."

Plagued by a heel injury, Guo said he was unable to run and jump at full strength in training, and therefore missed out the chance to compete this time.

"I'm dejected right now as I have played many international matches. My support for my teammates will be always there," he commented.

Guo also wished some of the team's young guns would play to their abilities in international matches, and showcase the team's morale on court.

Wang revealed that his waist had been hit in training, leading to an aggravation of an injury, and that he failed to continue training and playing.

The Chinese Basketball Association (CBA) said the trio's fighting spirit in training sets an example for young members within the team.

"This will be a treasure for young players to push them forward," the CBA said in a statement.

The Chinese team plans to depart for the Philippines on June 13 for the 2021 FIBA Asia Cup qualifiers, where it is placed in Group B with Malaysia, Japan and Chinese Taipei.

After that, they will head to Victoria, Canada for the Olympic qualifying tournament, taking on Canada on June 30 and Greece on July 1 in Group A. Uruguay, the Czech Republic and Turkey are placed in Group B. Only one of the six teams will advance to the Tokyo Olympic Games through this competition.