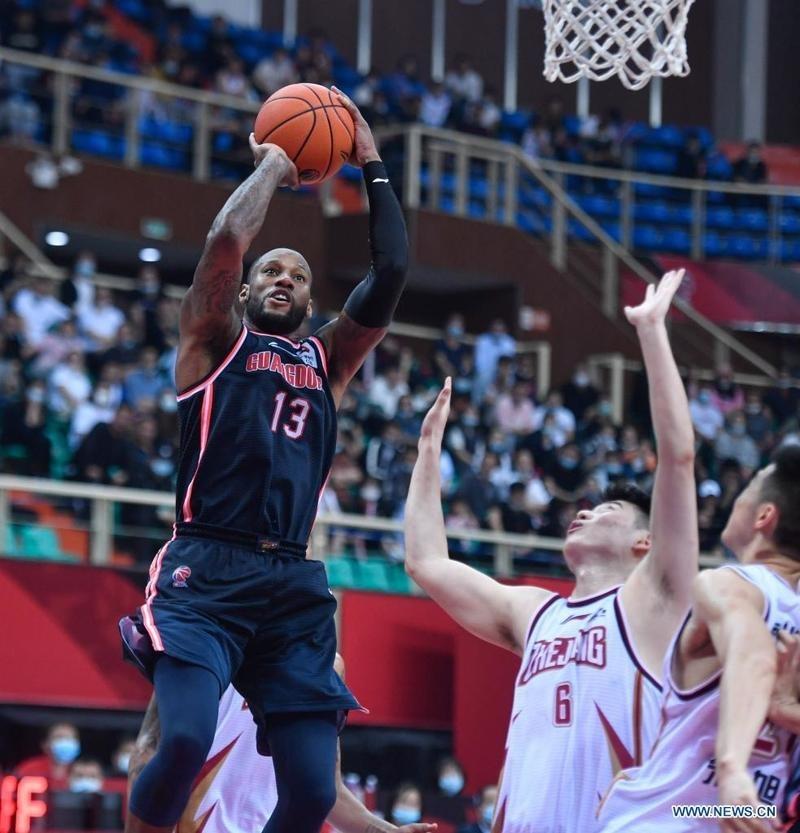 BEIJING - Having helped the Southern Tigers win a historic 11th Chinese Basketball Association (CBA) league title, Sonny Weems is eager to win more trophies with Guangdong and become one of the most successful American players in China.

With three CBA titles, Weems was looking forward to surpassing former NBA player Stephon Marbury, who had led the Beijing Ducks to three league titles in 2012, 2014, and 2015

In the absence of Marshon Brooks and Yi Jianlian, 34-year-old Weems led the scoring for Guangdong with 29 points and added 10 rebounds and eight assists in Saturday's decisive Game 3 of the best-of-three CBA Finals where the Southern Tigers tamed the Liaoning Flying Leopards 2-1.

With three CBA titles, Weems was looking forward to surpassing former NBA player Stephon Marbury, who had led the Beijing Ducks to three league titles in 2012, 2014, and 2015, by winning more championships in China.

"I have all the respect for Stephon Marbury because he was one of the first international players that came over here and was really successful and he paved the way for players like me," said Weems. "He has three championships. And my goal is to get four. And once I get four, I'll be considered the best American player to ever play in the CBA. And that is my goal."

Weems had played for the Denver Nuggets, Toronto Raptors, Phoenix Suns and Philadelphia 76ers in the NBA and spent several seasons with CSKA Moscow and BC Zalgiris in Europe before joining the Zhejiang Golden Bulls in 2017. He averaged 38.4 points in his first season in China, but Zhejiang narrowly missed the playoffs. After arriving in Guangdong in 2018, his average playing time and scoring both decreased every season, while the Southern Tigers roared to three straight league titles thanks to a more balanced offense and Weems enjoyed the team basketball Guangdong plays.

"By scoring 30, 35 points, you can prove you're a good player, but your team doesn't win. Then the next year you're on a different team, you still don't win," said Weems. "I can score the basketball, but I can do everything else and it balances our team. When I need to, I can score more. But even if I do score a lot more, I'm still gonna get my teammates involved. That's the only way we're gonna win this. That's why we've been so good over the years because we trust each other. We trust our coaches and everyone is everywhere. Everyone in our team is involved with everything we do. Every player on the court touches the ball before we do anything."

Weems is pleased to play under head coach Du Feng, who trusts him and treats him as a friend.

"I feel that this team here is really a family. No matter where we come from, no matter what color we are, I really think this team is a family," said Weems. "He's one of the greatest guys that I have ever met in my life. He's a real friend to me. Ever since I've got here, he's treated me wonderfully. He doesn't coach every play. He trusts his players to do their job. I have nothing but respect for Du Feng. He's a great coach. I would love to play with him anywhere."