By Zhou Lanxu and Zhang Yue 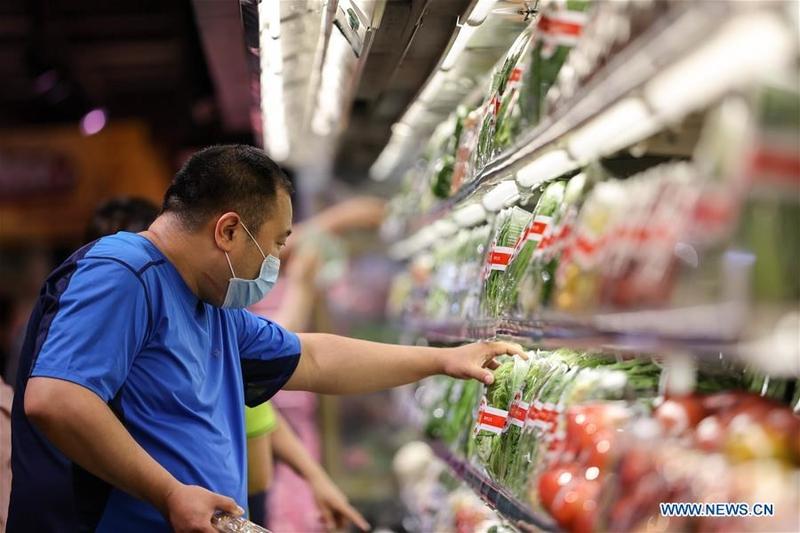 China's factory-gate inflation is close to peaking after reaching its highest level in over a decade and is unlikely to spark a broad spike in consumer prices, officials and experts said on Wednesday.

The country's producer price index, which gauges factory-gate prices, rose by 9 percent on a yearly basis in May, up from 6.8 percent in April and marking the highest level in nearly 13 years, the National Bureau of Statistics said on Wednesday.

"Industrial goods prices continued to rise due to surging international prices of commodities such as crude oil, iron ore and nonferrous metals, as well as a steady recovery in domestic demand," said Dong Lijuan, a senior statistician at the bureau.

READ MORE: China's factory-gate prices up 9% in May

The reading came amid concerns that a stimulus-driven rebound in global demand, a hampered supply of commodities and ample liquidity conditions may combine to trigger major inflationary pressure around the globe.

But experts said China's consumer inflation will remain mild over the rest of the year as the rise in global commodity prices is expected to lose some steam while a moderate recovery in consumer demand will limit the impact of rising upstream prices on downstream prices.

For instance, the rise in industrial goods prices only had a modest effect on consumer prices in May. Though transportation costs were elevated by rising international oil prices, the growth in China's consumer price index, a main gauge of inflation, has remained mild at 1.3 percent year-on-year in May, compared to 0.9 percent in the previous month, according to the NBS.

Long Shaobo, deputy director of the Center for Public Economy and Public Policy at Chongqing University, said the upward pressure of the PPI on CPI should continue to be limited as relatively weak consumer demand and intense industry competition will dampen companies' tendency to raise prices.

The core CPI, which excludes food and energy prices and is seen as a better gauge of aggregate demand, grew by 0.9 percent in May, up from 0.7 percent in April, indicating that domestic demand is recovering but at a modest pace.

Moreover, the growth in PPI is likely to peak and start declining in the coming months, Long said, thanks to a recovery in the supply of commodities as the pandemic situation gradually stabilizes and an expected tapering of the US Federal Reserve's monetary stimulus.

It is unlikely that the People's Bank of China, the nation's central bank, will raise interest rates amid such mild consumer inflation prospects, Zhu said, adding that the policy rate is expected to remain unchanged for the rest of the year.

But the soaring prices of raw materials will continue to put pressure on business profits, particularly for small and medium-sized enterprises, making structural reforms critical to help them cope with difficulties, said Chen Yanbin, a professor of economics at Renmin University of China.

The commission will closely monitor commodity prices, strengthen market regulation over illegal behavior related to hiking prices, and secure the supply of corn, pork and other basic goods for households, according to statements from the meetings.

Ouyang Shijia contributed to the story.