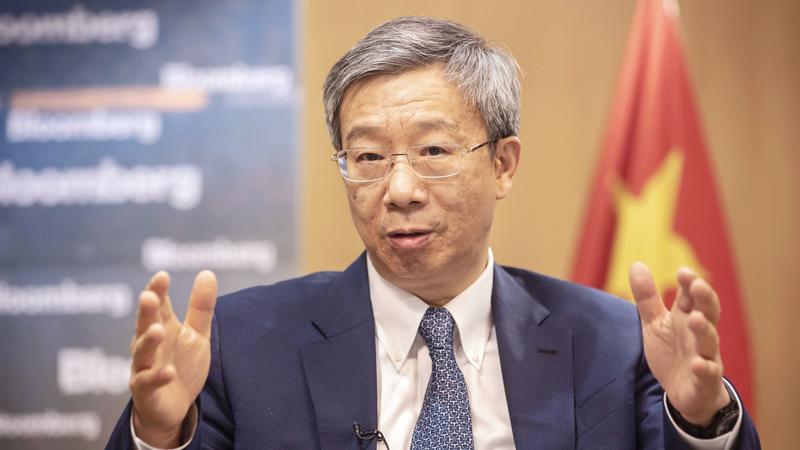 China’s central bank chief said consumer inflation will likely stay below the government’s target this year and monetary policy must remain stable, seeking to downplay concerns of rising prices in the economy.

Inflation is expected to stay under 2 percent, People's Bank of China Governor Yi Gang said at the Lujiazui Forum in Shanghai, below the government’s official target of about 3 percent. The economy is operating within a reasonable range close to its potential level of output, and prices are overall manageable, he said.

Consumer inflation accelerated to 1.3 percent in May, government data showed Wednesday, below economists’ estimates of 1.6 percent.

Yi said China’s interest rate is kept at an appropriate level, and it’s still relatively low compared with rates in other developing markets.

China’s 10-year government bond futures extended gains after Yi’s comments, and were up 0.1 percent as of 11:52 am local time.

Noting the country's producer price index (PPI), which measures costs for goods at the factory gate, saw a rapid rise this year, Yi said that the hike is partly due to a low comparison base last year, and a longer-term holistic approach should be taken to observe the changes in PPI.

Considering that China's economy is operating within a reasonable range and nears the potential output level, the price trend is under control, Yi said, adding that the central bank will continue to implement a normal monetary policy to ensure stability.

The country's monetary policy will focus on structural support for specific sectors including the green industries as well as micro, small and medium-sized enterprises, Yi said.

He added authorities will encourage financial institutions to use monetary policy tools to help the nation achieve the goal of becoming carbon neutral by 2060.