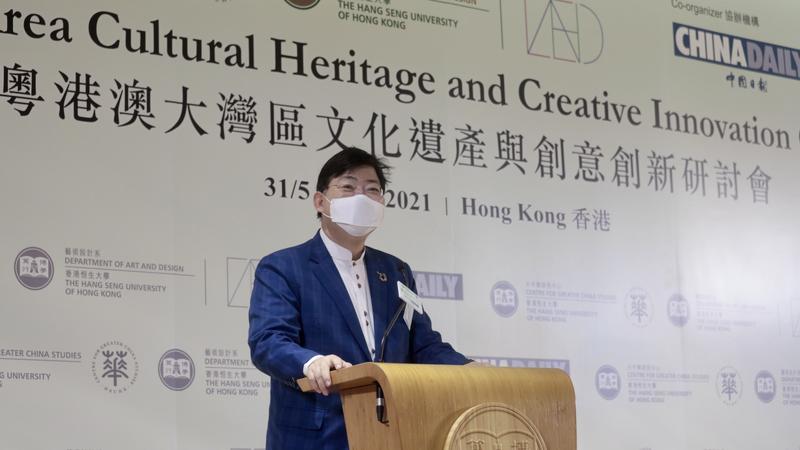 Among the Greater Bay Area developmental visions is to strengthen the cultural soft power of the region and consolidate Hong Kong’s role of an international creative and cultural hub. There’s every reason that “Hong Kong should leverage its strengths to capture new opportunities and markets in the Bay Area”, Ho said.

Uskokovic said that design has come of age in the Chinese mainland, as policymakers, businesspeople and scholars are receptive to the idea of redesigning their cities to celebrate their own identities. This has been happening in the Bay Area, where charting the future of the region by looking for new markets and opportunities are in full swing, she said.

Assuming a “lead role” in developing the national economy, and by addressing geopolitics as well as national ambitions, the Greater Bay Area has taken the initiative in “rebranding itself through internationalization of its creative industry”, tapping into its advantage of diverse global influence, she said.

It’s noteworthy that the Hong Kong Special Administrative Region has been actively engaged in the dynamic, which is exemplified by the Bi-city Biennale of Urbanism and Architecture, launched in Shenzhen in 2007 with a specific focus on urbanism and urbanization. This periodic event focuses on building an urban village within different types of urban agglomeration, and fostering an interdependency between urbanism and its residents. Uskokovic said that it’s no exaggeration to say that the Greater Bay Area is “a 21st-century face of mega urbanism” and “a global-level experiment in region building.”

The urban villages to be built are part and parcel of the region’s intangible cultural heritage as a collective memory, she said.

The Business and Professionals Federation of Hong Kong has proposed building a Hong Kong city within the Greater Bay Area to achieve an integrated community design for Hong Kong citizens to live in the mainland while being guaranteed the quality of services that they have long enjoyed in the SAR. This in some way also necessitates that Hong Kong “reinvent itself by developing new industries and discovering new geographies”, Uskokovic said.

CreateHK, one of the initiatives supported by the SAR government, is a promising start, which Uskokovic said will draw on its synergy effect to bridge the integration of the dual circulation economies of the city in the Bay Area.

The mainland is leading in digitalization and innovation ideas for the cultural promotion and conservation, which is especially showcased in its maritime heritage.

A coherent maritime space, the Bay Area is held accountable for constructing eventful maritime past and histories within and also across the region in a way that can be communicated to the public audience, said Tim Winter, fellow of the Australian Research Council Professorial Future at the University of Western Australia. Digital technology just provides an apt medium to the end, he said. “Much thought must be given to linking the maritime past as a heritage to the new creative industry that we’re seeing in the region (Bay Area) today,” Winter added.

In the broader scope of the Belt and Road Initiative, the Greater Bay Area is well placed to narrate the Silk Road connectivity and movement — two elements that maritime heritage is all about, Winter said.