Editor’s Note: As an academic and expert adviser to the policymakers, Lee Ho-yin is easily Hong Kong’s go-to person in matters of safekeeping local heritage. He shared his thoughts on why conservation is more about people than bricks and mortar with China Daily. 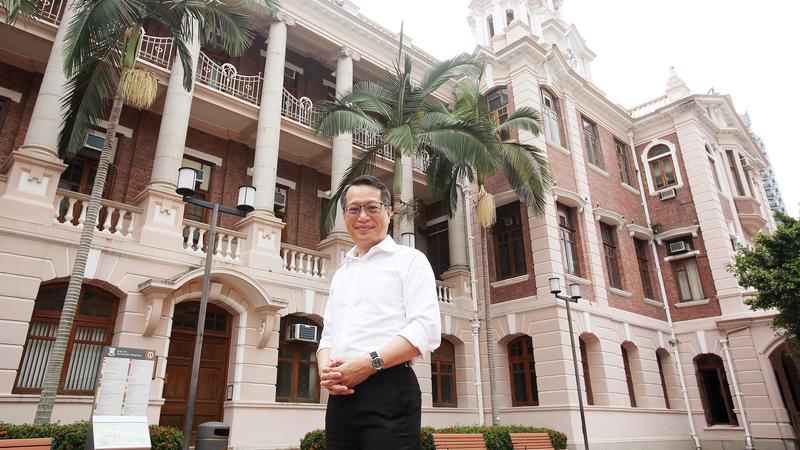 Q: You were in Vancouver recently to help the local government with applying for UNESCO World Heritage status for the city’s Chinatown. If you were to choose a Hong Kong site or heritage structure for UNESCO recognition, what would that be?

A : The first of two choices would be the Victoria Harbour. It offers a world-class view, from the Tsim Sha Tsui side, spanning the entire Central district, with the Victoria Peak in the background. This is a magnificent skyline with few comparable locations in the world. Perhaps the Manhattan skyline comes close.

Q: But the Victoria Harbour already has an iconic status across the world, what can a UNESCO branding add to it?

A : Well, Hong Kong can aim for bigger and better things by leveraging its aspirations on the UNESCO brand. For one, a UNESCO World Heritage status will help promote Hong Kong as a tourist destination.

Also such branding attracts opportunities, and encourages the local government and communities to look at conservation with a higher degree of seriousness.

In 2011 UNESCO launched the historic urban land approach, i.e. conservation as a means to high-quality development. In this respect I feel the fishing village of Tai O also has a lot of potential. After the old police station was turned into a heritage hotel it became a means of revitalizing the local community. Tai O has been losing its population because of the lack of economic opportunities. The heritage hotel gave a boost to the local economy by not only providing the hardware but also software — creating jobs for the local community, training villagers to work as docents introducing tourists to local culture. Younger people are moving back into Tai O because now they see opportunities for creating sustainable livelihoods. Shops are thriving, local traditional festivals have been revived, traditional fishermen’s wedding ceremonies reintroduced. Now young people can go for a “water wedding” if they want to.

Tai O is also the place for sighting pink dolphins. The local fisherwomen invite tourists to go on a guided tour of pink dolphin-watching — spreading the message about environmental and wildlife protection.

A : I would go for the three-storied, 700-square-foot footprint modern village houses in the New Territories. These mostly went up in the 1970s, as a result of the local government’s small-house policy. So they are not that old but define a distinct type of architecture that’s particular to the New Territories and have the potential for becoming vernacular architecture over time.

Q: Why not the more ubiquitous pencil towers which are widely seen as more generic to Hong Kong?

A : You’re right. In no other city in the world is the pencil tower so defining with respect to local identity…

Q: What about the tong lau (tenement buildings) built from the late 19th century to the 1960s, some of which are still fully functional?

A : Not many among even the post-war (Japanese occupation of Hong Kong which ended in 1945) tong lau are left. So this is a diminishing building type and chances of more of these getting built are quite small. For me a vernacular architecture type has to be part of an ongoing process, so that more of these keep getting created. In that sense the pencil tower would qualify.

But then I don’t consider it as a structure that lends itself to a very ethical way of people living together. The pencil towers exist because developers are trying to squeeze more money out of a tiny plot. The flats in them are too small in size and yet people are forced to buy them at a ridiculously high price. Often they do not meet the minimum living standards.

Q: It’s been 10 years since the Hong Kong government initiative to promote adaptive reuse of old buildings that have outgrown their initial purpose was launched. What in your opinion is a good example of its viability?

A : The Viva Blue House project in Wan Chai has demonstrated that the adaptive reuse model can be highly successful. Last year they won the UNESCO Asia-Pacific Award of Excellence for Cultural Heritage Conservation — which is a first for Hong Kong.

Nobody expected them to win. In terms of aesthetic appeal or architectural quality, there’s nothing extraordinary about those buildings. I think the reason why they won is because UNESCO is shifting its focus more toward intangible values rather than focusing on the hardware. The Blue House is probably among the very few in history where a conservation project has been initiated and led by social workers (of St. James’ Settlement — a charity) to serve the community. The three buildings (built between the 1920s and the 1950s) were revived to be used as a platform to reactivate communication between neighbors, help the working-class community living around the Blue House cluster get out of poverty, and give a chance to the future generations to improve their lives. For example, one of the tenants is a single mother who had stopped working because she couldn’t leave her two small children at home with no one to look after them. Now, under the Good Neighbour Scheme, she has volunteers looking after her children while she’s away. This is what conservation should ideally achieve rather than protect the shell of a building.

Q: You have often said that conservation of heritage becomes particularly meaningful when the past is made to connect with people’s lives in the present. Would you like to illustrate the idea with a recent Hong Kong example?

A : It has to be Tai Kwun (former Central Police Station), hands down. The amount of investment that went into the restoration of the hardware to make it look close to the original appearance is awesome. But what’s even better is that the Jockey Club, who financed the project, knew from the outset that the hardware is only a means to an end and the end is always about the people.

Tai Kwun has a chance of becoming a space serving the local community with a high degree of success. For instance, the “100 Faces of Tai Kwun Guided Tour” is an attempt to connect elements of the old police station complex — including prison, magistracy and courthouse — as spaces friendly to people. Rather than trying to present the history of Tai Kwun, which, in any case, is easy to access on the internet, the idea is to tell its stories. “100 Faces” offers only a sampling of the stories that have been collected by the Tai Kwun heritage department. It’s a way of connecting present-day audiences to the sort of people who together made Tai Kwun what it used to be in its heyday, be it a policeman or a food stall vendor. These stories help us understand how Tai Kwun worked as a community, and also how it might connect back with the present-day users of the facility to form its own, new community.

Q: You co-founded and continue to lead the University of Hong Kong’s architectural conservation programs division. What would you say was the most rewarding part of this 18-year journey?

A : The graduates of the program are our biggest rewards, because through them we can advance the cause of Hong Kong’s conservation. They are not pitching conservation in confrontation with development. Conservation, as UNESCO says, is a means to enable a better form of development. Conservation also helps diversify development which Hong Kong is in urgent need of. Right now we see only one kind of development in the city — that of big, profit-driven, expensive properties. We need smaller developments, in the form of refurbishing existing buildings, including a lot of post-war buildings which are still fit for reuse. There is no real need to demolish them to build something bigger. The need for new housing in Hong Kong in many ways is artificially generated.

Q: Do you see your dual roles — as architect and conservationist — as complementary?

A : Oh yes, for sure. Conservationists usually have a practical mindset, preferring not to talk in abstract terms, rather to use a language which people understand. While being an architect can be about ego if you want to do a conservation project well, the first thing to do is to lose one’s ego, because your job is to protect what others have built. It’s about doing a job well and walking away from it.