By Kathy Zhang and He Shusi in Beijing 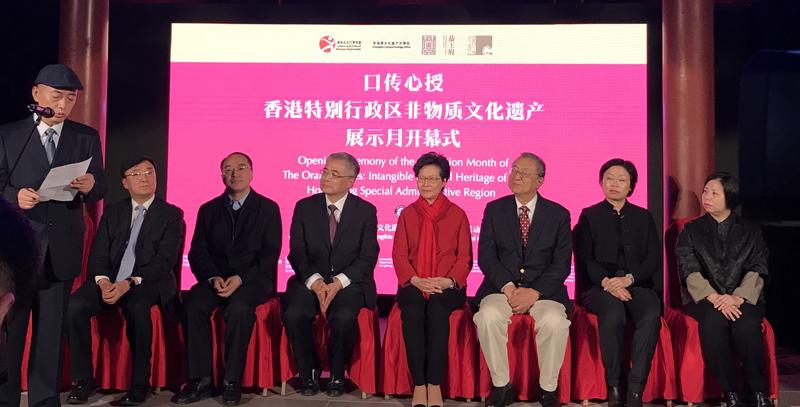 Lam said that with the development of the GBA entering a new level, the Hong Kong Special Administrative Region will tie its future closely to the country’s overall development and more proactively seek opportunities within that context.

The city’s top official made the remarks to reporters before she left for Beijing on Saturday, for her annual duty visit.

Lam said that with the development of the GBA entering a new level, the Hong Kong Special Administrative Region will tie its future closely to the country’s overall development and more proactively seek opportunities within that context

Lam noted that next year also marks the 70th anniversary of the founding of the People’s Republic of China. She said more opportunities lie ahead for Hong Kong and the SAR appreciates the continuous support from the central government. She added that Hong Kong will make full use of those opportunities.

During her four-day visit to the capital, Lam will meet with President Xi Jinping and Premier Li Keqiang on Monday, to present them with details of Hong Kong’s latest developments including political, economic and social affairs.

Shortly after Lam’s arrival in Beijing on Saturday, she co-officiated at the opening ceremony of an exhibition, “The Oral Legacies: Intangible Cultural Heritage of the Hong Kong Special Administrative Region”. The exhibition will remain open until Jan 5.

Lam extended thanks to the Ministry of Culture and Tourism for its great support in the conservation of intangible cultural heritage in Hong Kong. She acknowledged the ministry’s efforts and guidance that made the exhibition possible.

Speaking at the opening ceremony, director of the Prince Kung’s Mansion Museum Sun Xuguang said one purpose of the exhibition was to deepen the understanding among Chinese mainland visitors of Hong Kong’s traditional culture, through the interactive, visualized exhibits.

Sun added that the event presents new opportunities to increase cultural exchanges and cooperation between the mainland and Hong Kong.

The exhibition, held at the Prince Kung’s Mansion Museum in Beijing, is the first thematic exhibition in the mainland featuring Hong Kong’s intangible cultural heritage.