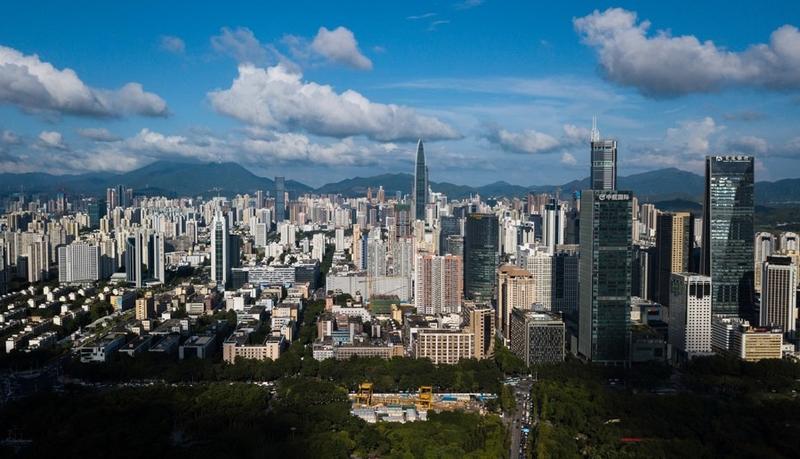 HONG KONG - With the local job market under great pressure due to a sluggish economy hit hard by pandemic, more young people in Hong Kong have turned to mainland cities of the Guangdong-Hong Kong-Macao Greater Bay Area to realize their ambitions and dreams.

Graduating from a US university last year, a job seeker surnamed Lam, who majored in media and communications, has submitted her resume to quite a number of companies in Hong Kong over the past months, with few replies.

But a recent career fair brought her new hope.

She found herself qualified for multiple job vacancies from marketing to advertising and has decided to seize the opportunity in mainland cities of the Greater Bay Area.

The job fair was held under the Greater Bay Area Youth Employment Scheme introduced by the government of the Hong Kong Special Administrative Region (HKSAR).

The scheme came as part of the effort of the government to ease a worsening unemployment situation and encourage youth to pursue a career in vibrant mainland markets.

Secretary for Labor and Welfare Law Chi-kwong of the HKSAR government said young people will accumulate more experience and broaden their horizon by working in the mainland, as well as gain a deep understanding of the development of the nation

Secretary for Labor and Welfare Law Chi-kwong of the HKSAR government said young people will accumulate more experience and broaden their horizon by working in the mainland, as well as gain a deep understanding of the development of the nation.

According to the scheme, businesses recruited new graduates to work in mainland cities of the Greater Bay Area with a monthly salary of no less than 18,000 Hong Kong dollars (about US$2,300). The government will subsidize the employers by 10,000 Hong Kong dollars a month for every graduate they hire.

The scheme has gained warm response from job seekers.

Over the first three months since the scheme was launched on Jan. 8, 275 businesses, including Bank of China (Hong Kong) Limited and the Hong Kong and China Gas Company Limited, have provided over 2,000 job vacancies covering a wide range of areas from finance to education, and nearly 6,000 people have filed their applications.

The salary is very attractive, a job applicant surnamed Chow, who graduated in 2019 with a major of marketing, said.

While finding a job is really difficult for college graduates in Hong Kong due to the dual blows of the social unrest and the COVID-19 epidemic, neighboring mainland cities in the Greater Bay Area are developing rapidly and can create good job opportunities, Chow said, adding that he aims to find a job in a tech startup.

Another job hunter surnamed Leung, who majored in finance, was also optimistic about the mainland markets.

Having received an offer from a local business, Leung said if hired under the scheme, he will give up the job opportunity in Hong Kong and choose to work in the mainland, where the development room is broader.

Hong Kong young people have language advantages and global visions, thus being chased by employers, analysts said. When working and living in the mainland, they will also receive multiple favorable policies from transport subsidies to tax breaks.

"With a gross domestic product of nearly US$1.7 trillion, the Greater Bay Area is one of our country's most open and vibrant regions and has great potential," Law said, adding that the government will continue to help young people pursue a career in mainland cities of the Greater Bay Area.