China, US 'committed to cooperating' on climate crisis 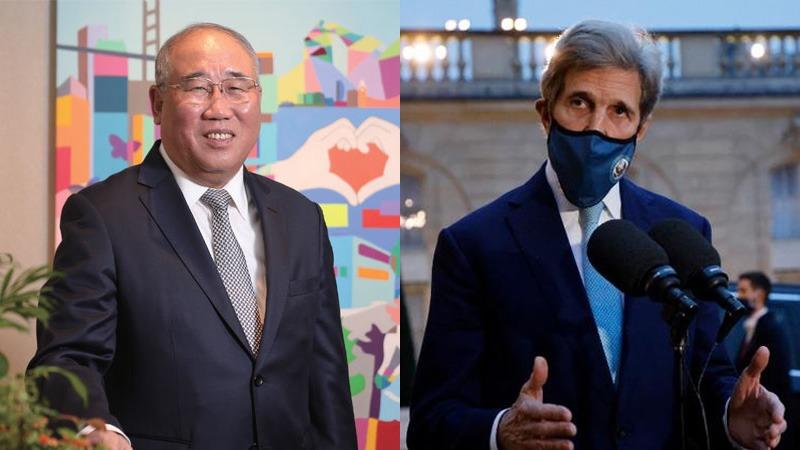 China and the United States have made a joint statement on climate change cooperation on Sunday, vowing to join hands to cope with the urgent global crisis.

The statement was made after a four-day visit from US special climate envoy John Kerry to China that concluded on Saturday, during which he talked with his Chinese counterpart Xie Zhenhua on Thursday and Friday, according to a media release from the Ministry of Ecology and Environment.

The statement was made after a four-day visit from US special climate envoy John Kerry to China that concluded on Saturday, during which he talked with his Chinese counterpart Xie Zhenhua on Thursday and Friday

Aside from boosting each nation's climate action, the two sides will also cooperate with each other under the United Nations Framework Convention on Climate Change and Paris Agreement.

Reached in 2015, the agreement aims to keep global temperature rise this century well below 2 C above preindustrial levels, and to pursue efforts to limit the temperature increase even further to 1.5 C.

"China and the US will insist on joining hands with other parties to strengthen the implementation of the Paris Agreement," the statement read.

After reviewing the goals of the agreement, the two sides pledged to make continued efforts to bring the goals into reality while recognizing and coping with opportunities and challenges as the world meets those goals.

China and US both look forward to the Leaders Summit on Climate hosted by the US from April 22-23. The two sides also endorse its target of galvanizing global ambitions in climate mitigation and adaption, as well as enhancing support for climate action before the COP 26 United Nations climate conference to be held in the United Kingdom in November.

The two nations also vowed to hammer out a long-term strategy for realizing carbon neutrality and net zero emissions of greenhouse gases before COP 26. They will also take action to maximize international investment and finance supports to developing countries to facilitate their efforts in shifting from high-carbon energies to green, low-carbon and renewable ones, per the statement.

The duo will both take measures to phase out production and consumption of hydrofluorocarbon, a much more potent greenhouse gas compared with carbon dioxide, as required by the Kigali Amendment to the Montreal Protocol.

China and US will continue to discuss specific emission reduction actions to be rolled out in the 2020s in their efforts to achieve the Paris Agreement goals, before and after COP 26.

READ MORE: Chinese, US climate envoys to meet in Shanghai

The statement listed eight major areas the two sides will discuss, including decarbonization in the industrial and power generation sectors, energy-saving construction and green, low-carbon transportation.

The two nations will cooperate to promote the success of the COP 26 and COP 15 UN conference on biodiversity conservation, which will be held in Yunnan provincial capital Kunming in October.