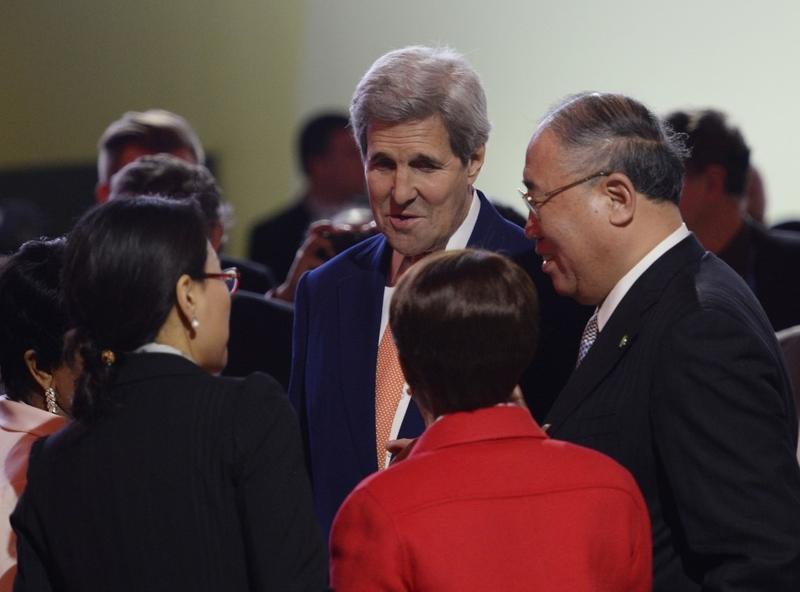 WASHINGTON - US climate envoy John Kerry said on Thursday he expected to speak to his new Chinese counterpart Xie Zhenhua soon and called him a “leader” and a “capable advocate” for his country on the issue of global warming.

Kerry, who reports directly to US President Joe Biden and will represent the United States in future climate talks, said he got word on Wednesday of China’s selection of Xie for the job of special climate envoy.

He (Xie Zhenhua)’s been a long time ... leader and a believer. We know each other and have respect for, I think, each other’s efforts thus far.

“We haven’t spoken yet. We will at the appropriate moment. Shortly, I’m sure,” Kerry told Reuters in an interview. “I know him very well because I’ve worked with him for ... 20 years or so.”

Xie led the Chinese delegation in global climate negotiations from 2007 to 2018. Biden brought the United States back into the international Paris climate accord that tackles global warming after his predecessor, Donald Trump, withdrew the country from the pact.

A deal between the United States and China to partner on climate change in 2014 was seen as pivotal in brokering the Paris agreement in 2015.

“He’s been a long time ... leader and a believer,” Kerry said of Xie. “We know each other and have respect for, I think, each other’s efforts thus far.”