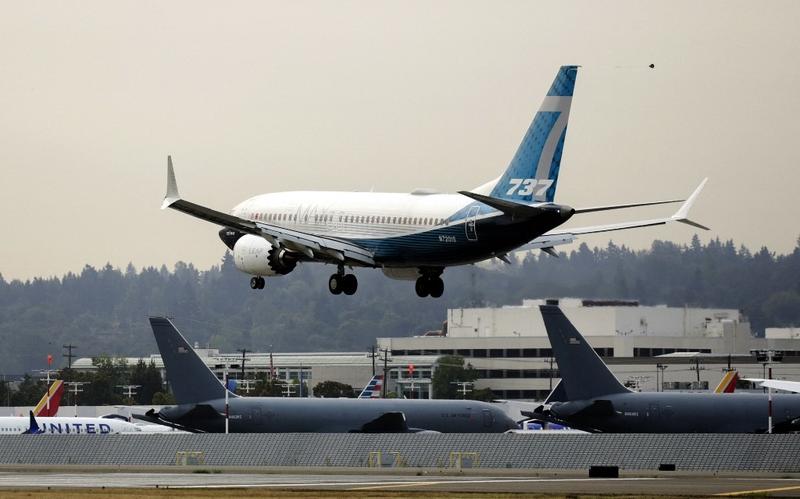 An electrical problem that led to dozens of Boeing 737 MAX jets being suspended from service has widened after engineers found similar grounding flaws elsewhere in the cockpit, industry sources said on Friday.

Airlines pulled dozens of MAX jets from service a week ago after Boeing Co warned of a production-related electrical grounding problem in a backup power control unit situated in the cockpit on some recently built airplanes.

Since then, suspected grounding problems have been found in two other places on the flight deck, the sources said.

These include the storage rack where the affected control unit is kept and the instrument panel facing the pilots.

Boeing had no immediate comment on the wider problem, which was first reported by Aviation Week.

The glitch - which affects about a fifth of MAX jets in the market - is the latest issue to beset Boeing's most-sold model but is not related to design problems that contributed to a 20-month worldwide safety ban in the wake of two fatal crashes.

Boeing is expected to draw up bulletins advising airlines how to fix the problems with grounding, or the electrical paths designed to maintain safety in the event of a surge of voltage.

Boeing is expected to draw up bulletins advising airlines how to fix the problems with grounding, or the electrical paths designed to maintain safety in the event of a surge of voltage

US regulators must first approve the bulletins.

While most analysts say the fix is expected to be relatively straightforward, no details were immediately available on the timing of the repair bulletins needed to start the work on some 90 jets affected by the suspension.

The planemaker had initially told airlines a fix could take hours or a few days per jet, according to a notification seen by Reuters when the partial suspension was first announced.

The problem has been traced back to a change in material coating once production of the 737 MAX resumed last year.

Nearly all the affected jets were built before deliveries of the MAX resumed in December, shortly after US regulators lifted the fleet-wide ban caused by the 2018 and 2019 crashes.

Boeing has said it plans to raise production of the 737 MAX gradually from an unspecified current "low rate" to a target of 31 jets a month by early 2022. Industry sources estimate it is currently producing around four jets a month.

Airline sources say Boeing has not, however, delivered any MAX jets since the electrical problem was identified last week.