Chelsea see off Porto to reach semis despite Taremi stunner 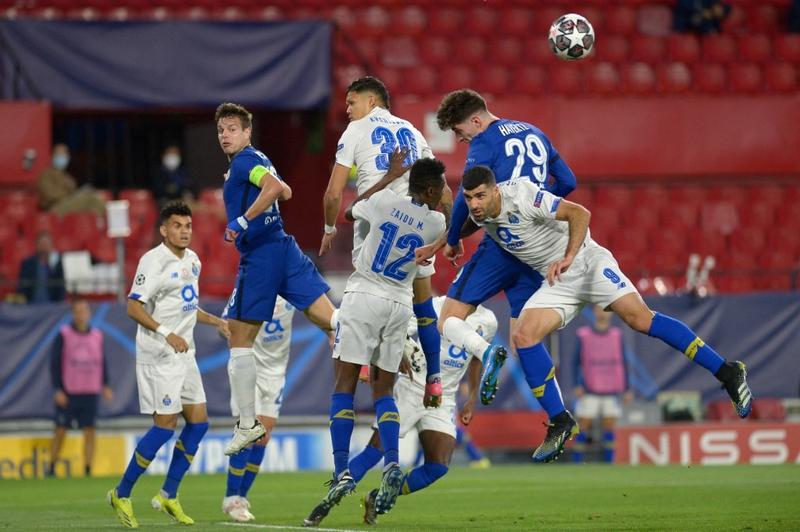 SEVILLE, Spain - Chelsea hung on to reach the Champions League semi-finals with a 2-1 aggregate win despite Mehdi Taremi’s stunning overhead kick in added time handing Porto a 1-0 victory in the quarter-final second leg on Tuesday.

Chelsea will meet either Liverpool or Real Madrid in the last four, with the Spaniards holding a 3-1 lead in the other tie ahead of Wednesday’s second leg

The substitute had been responsible for his side’s only attempt on target as they chased a 2-0 deficit from last week’s first leg but he provided an emphatic response in a cagey game with his acrobatic strike deep into added time.

Thomas Tuchel’s side had a healthy lead from last week’s away game in Seville and had to withstand an intense start from Porto in their home leg back at the Sanchez Pizjuan Stadium, the venue of both games due to Portugal’s coronavirus restrictions.

Porto’s Jesus Corona closed down Chelsea’s Edouard Mendy early on but failed to make the most of the keeper’s botched pass. The Mexican winger missed another good chance later in the half when he shuffled past Ben Chilwell in the area only to blast over the crossbar.

Chelsea’s Mason Mount and Christian Pulisic each came close to breaking the deadlock after the interval but the Londoners were more focused on keeping Porto at bay.

“We accepted what was needed, it was a tough, tough fight,” Tuchel told BT Sport.

“Maybe on the television it was not so nice to watch but on the sidelines it was a very intense game, a very fast game. It was very hard to play against them to escape the pressure but with every minute we did it better and better.”

Taremi’s last-gasp strike prevented them from keeping a clean sheet but Chelsea still managed to reach the semi-finals of Europe’s top competition for the first time since 2014.

They will meet either Liverpool or Real Madrid in the last four, with the Spaniards holding a 3-1 lead in the other tie ahead of Wednesday’s second leg.

“We’re buzzing, it doesn’t get better than that,” said Chelsea’s Mount.

“We could have played better but just getting through was at the forefront of our minds and we did that tonight. “We knew as a team we had to work our socks off. We knew what the final result was if we won.”

Porto coach Sergio Conceicao said he was “extremely proud” of his side for going toe-to-toe with the richer Premier League side, who spent more than 10 times as much money as his side in last year’s transfer window.

“We did not let Chelsea’s players, who are of the highest level, create many chances,” he said.

Goalscorer Taremi added: “We played a great game, we showed that we are a great team, but unfortunately my goal wasn’t enough.”

Taremi was suspended for the first leg along with top scorer Sergio Oliveira and started the game on the bench after picking up a knock in Porto’s win at Tondela on the weekend.

The Iranian striker was introduced midway through the second half and instantly gave his side more bite in attack, becoming their first player to test Mendy even though his header lacked enough venom to beat the keeper.

Mendy was powerless to stop his thunderous volley but Porto had less than two minutes of added time to find another goal to force extra-time and Chelsea clung on to their advantage.