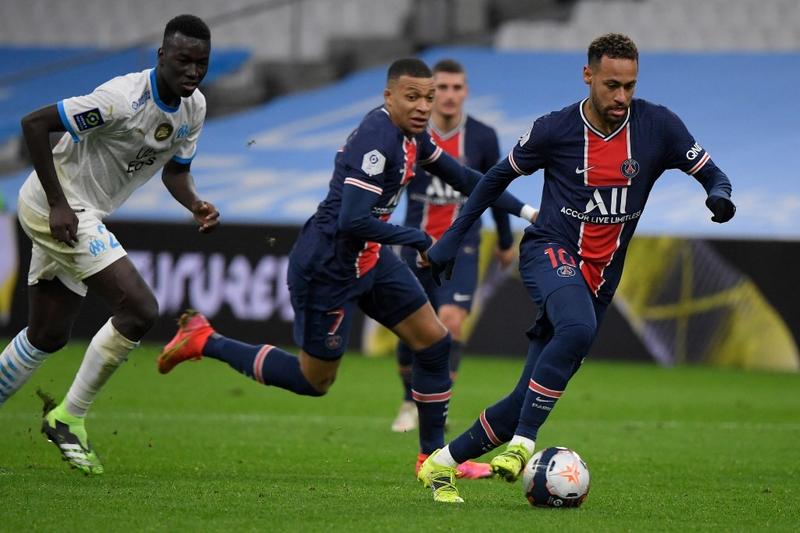 BERLIN - Ahead of a delicate second leg in the quarterfinals of the Champions League against Paris St Germain, Bayern Munich is suffering from a significant problem in defense.

To achieve a turnaround in the second leg of the quarterfinals of the Champions League against PSG, Bayern Munich not only needs to score a victory by two goals but also shore up its defensive gaps

The number of goals the side has conceded is the highest in 10 years. 51 goals shipped in 43 games and the 3-2 defeat in the first leg does not speak to a successful outcome against the French side on Tuesday.

To achieve a turnaround, Bayern not only needs to score a victory by two goals but also shore up its defensive gaps.

Having to face one of Europe's most gifted attacking lines built around French superstar Kylian Mbappe the Bavarian side has to deliver a perfect performance.

To only blame a reluctant back-row won't do the job as Bayern's difficulties seem to start in midfield as the reigning German Champion can't close open spaces in the middle of the field.

The defense and the midfield's actions don't fit together, leading to what pundit and former Bayern and Liverpool player Didi Hamann called "Bayern's season of the open goal."

The Bayern coach has to find emergency solutions to make up for possible injury losses of vital players such as midfielder Leon Goretzka and defenders Niklas Suele and Lucas Hernandez.

Kimmich's role as the team's driving force has come under attack. The German international seems overburdened, having to combine attacking initiatives as a number 8 or 10 next to his defensive tasks as a 6.

Pundits such as Hamann and Lothar Matthaeus claim Kimmich has to concentrate on the defensive part and conduct the team's backline.

Flick's puzzle starts at this point as he has to replace Robert Lewandowski and Serge Gnabry as well as Kingsley Coman. Lewandowski took up training after his knee injury, but won't be back in action in Paris.

Bayern benefit from its open but risky game approach as long as the team's well-oiled goal-machine delivers. Against a top side like Paris, the loss of Lewandowski and Gnabry revealed the gaps in the back as Bayern lacked efficiency upfront (31 chances - 2 goals).

Neymar Junior, Angel di Maria, and Mbappe enjoyed the unguarded spaces between the back-row and midfield.

Matthaeus said Bayern needs robustness and speed in Paris but must not act too risky, or try to do the job in the first 15 minutes.

"Bayern is far from last season's stability," the 60-year-old stated. "Only the central defenders seem not involved in attacking actions," Matthaeus added.

The primary task is to keep Mbappe and Neymar away from their goal, the former midfielder said.

"The fear of losing what you thought you have already won is something humans can't deal with perfectly. It is up to us to create that situation for Paris," Mueller said.

Coach Flick spoke about his team's obligation to think about good defending and keep Paris' striker's out of the box. "To reach the semifinal is what keeps our mind busy. We have the chance and the quality to get to that point," the 56-year-old commented.