By Xu Wei in Beijing and Ma Zhiping in Haikou 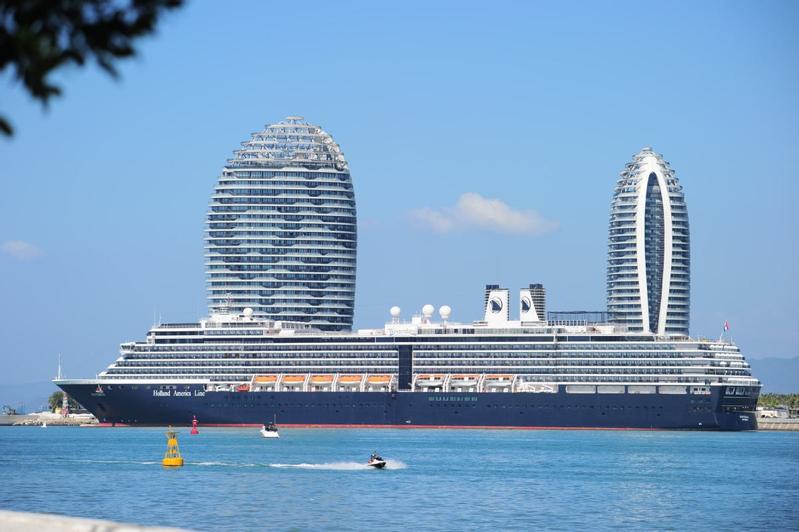 Tower cranes lined up one after another at a building site near the coast, with construction equipment shuttling back and forth and structures rising from the ground.

In Lingshui, Hainan province, workers have been in a race against time to prepare a campus－part of a pilot area for a new model of international education－for the enrollment of the first group of students in September.

So far 16 prestigious universities from China and overseas, including Coventry University from the United Kingdom and the University of Alberta in Canada, have decided to host education programs at the campus, which is one of 11 key zones for the development of the Hainan Free Trade Port.

"We are looking to enable Chinese children to enjoy top-notch international education resources here, without having to travel abroad," said Luo Qing, head of the department for collaboration with colleges at a government bureau administering the area.

The development of the project was part of a host of measures announced by President Xi Jinping at a grand gathering in Haikou, the provincial capital, on April 13, 2018, to mark the 30th anniversary of the establishment of the province and the Hainan Special Economic Zone.

Xi, who is also general secretary of the Communist Party of China Central Committee, highlighted the importance of focusing on institutional innovation, offering the free trade port greater autonomy in reform and opening up key sectors such as healthcare, education, telecommunications, the internet, culture and aviation.

He also spelled out policies to encourage the province to bring in high-caliber education resources from overseas and host high-level cooperation programs with foreign academic institutions, which spawned the international education program in Lingshui.

Xi's speech at the meeting has pointed the way for the development of Hainan, both in theoretical terms and in laying out the specific path it should follow.

Cui Fan, a professor of international economics and dean of the Hainan Research Institute at the University of International Business and Economics in Beijing

"Xi's speech at the meeting has pointed the way for the development of Hainan, both in theoretical terms and in laying out the specific path it should follow," said Cui Fan, a professor of international economics and dean of the Hainan Research Institute at the University of International Business and Economics in Beijing.

The Hainan FTP has taken up a pioneering role for China to expand opening-up and served as a testing ground for deepening reform, Cui said.

The FTP has welcomed another significant boost from the central government, which unveiled two sets of measures on Thursday and Friday to support the port in broadening market access and further opening up its financial sector.

The nation has greenlighted the free trade port to explore the online sales of prescription drugs, boost the development of an online games sector, press ahead with autonomous driving technologies and step up the development of homegrown high-end medical equipment, according to a policy document jointly issued by the National Development and Reform Commission and the Ministry of Commerce.

Xu Shanchang, head of the department for institutional reform at the NDRC, told a news briefing on Thursday that the latest move demonstrates to global investors and consumers China's resolve for reform and opening-up during major changes unseen in a century.

"The measures will develop Hainan into a benchmark for market access worldwide and create a highly attractive market environment," he said.

Chi Fulin, president of the Haikou-based China Institute for Reform and Development, said the latest support measures have sought to further strengthen weak areas in the development of the Hainan FTP, such as healthcare, education and the financial sector.

"The development of the Hainan Free Trade Port must use the world's highest opening-up standards as the benchmark and work toward a flagship that leads China's opening-up for the new era and is an important gateway to the world," he said.

An Airbus A320 aircraft from Cambodia landed at Haikou Meilan International Airport on Jan 12, becoming the first airplane from overseas to use the Hainan FTP's aircraft maintenance services.

Those maintenance services have been offered a significant boost from the blueprint issued by the CPC Central Committee and the State Council in June, which enabled imports of aircraft parts at zero tariffs.

In Haikou, construction is continuing to build the second-largest center for aircraft maintenance in China, which is expected to generate a turnover of 2 billion yuan (US$305 million) annually upon its completion.

Wang Haiye, a manager with HNA Infrastructure, the provider of the maintenance services, said the policy incentives from the FTP have significantly cut costs for the company and improved its competitiveness in services.

She added that the company is planning to bring in another 2,000 professionals, on top of the current staff of 1,000, to shore up its portfolio in aircraft maintenance services.

Shi Zongwei, head of Haikou Customs, said while the implementation of islandwide customs clearance operations in 2025－a key measure laid out in the blueprint in June－has posed new challenges to regulatory work, it has also presented opportunities for the authority to innovate in its oversight mechanism.

The FTP's foreign trade in goods grew by 3 percent year-on-year, which is higher than the national average of 1.9 percent, to 93.3 billion yuan last year.

Under the impetus from policy incentives, Hainan's economy led the national growth rankings last year, with the province's GDP expanding by 3.5 percent year-on-year in 2020. The services sector, which grew by 5.7 percent year-on-year, has become a highlight, contributing 95.8 percent of the overall economic growth, according to the provincial bureau of statistics. 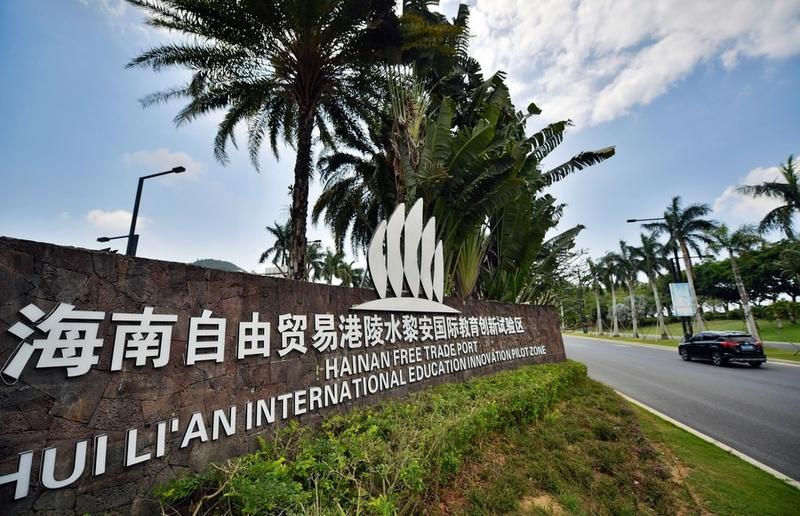 The policy to increase the province's annual offshore duty-free shopping quota from 30,000 yuan to 100,000 yuan per person starting in July has also proved a success as the sales of duty-free shops more than doubled to over 32 billion yuan last year.

However, some analysts have also pointed to the weak links in services, especially education and healthcare, as bottlenecks to attracting more high-caliber talent.

"The provision of high-level education, healthcare and public health services is an important pillar to attract more talent and enable them to stay. Despite its fine ecology and environment, Hainan is still lagging behind in terms of services in the three aspects," said Chi of the China Institute for Reform and Development.

He added that the growth of healthcare and education services will be an important precondition for the development of modern services and high-end industries.

Martin Lockett, dean of Nottingham University Business School China, said central government backing for Hainan will help implement changes that could be testing grounds for further change in other parts of the country.

"In parallel, there needs to be education and development of Hainan's current population so that they can participate fully in new developments and benefit from gaining new skills in high tech and service industries, as well as international levels of service quality in tourism and medical care," he said.