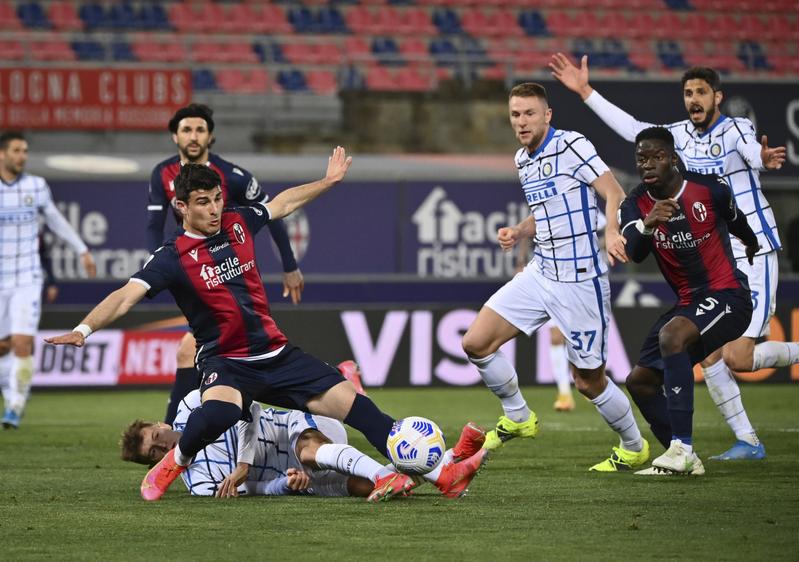 ROME - Italy’s government has decided that Rome’s Olympic stadium can be re-opened to the public for European Championship matches, the Italian football federation (FIGC) said in a statement on Tuesday.

The Euro 2020 tournament was postponed last year due to the COVID-19 pandemic and UEFA, European soccer’s governing body, had asked the 12 host nations to submit plans for allowing fans inside stadiums by early April.

“Health Minister Roberto Speranza has told us that the government scientific advisers will identify the best solutions to allow the public to be at the Olympic Stadium in Rome for the European Championships,” FIGC President Gabriele Gravina said.

“We will cooperate in synergy with sport sub-secretary Valentina Vezzali who is accompanying us down this path. We received a strong signal for this restart which we will promptly transfer to UEFA.”

Turkey and Italy are due to play the opening match of Euro 2020 in Rome on June 11, before the Azzurri take on fellow Group A opponents Switzerland and Wales, while the Italian capital is also due to host a quarter-final game.

Italy is one of 12 host nations across Europe.

The Euro 2020 tournament was postponed last year due to the COVID-19 pandemic and UEFA, European soccer’s governing body, had asked the 12 host nations to submit plans for allowing fans inside stadiums by early April

The number of fans who will be able to attend is unclear, but a government source told Reuters that the vaccination process is key to that final decision.

“The Italian government has asked the CTS (Government Experts Committee) to evaluate the ongoing epidemiological situation and the trend of vaccinations,” the source said.

“Then, it can examine the possibility of providing a limited presence of the public for the European Championships.”

The Italian football federation is considering adopting a phone application developed by a small, start-up company as part of a plan aimed at allowing fans to attend.

“The Mitiga app was created to find a solution to safely reopen events by granting access to negative users with rapid antigen testing or vaccinated users,” the app’s developers Daniele Coccia and Fabio Traini told Reuters.

Italy is in the midst of another surge in coronavirus cases and has the second-highest death toll in Europe after Britain, with hundreds still dying each day according to recent data.