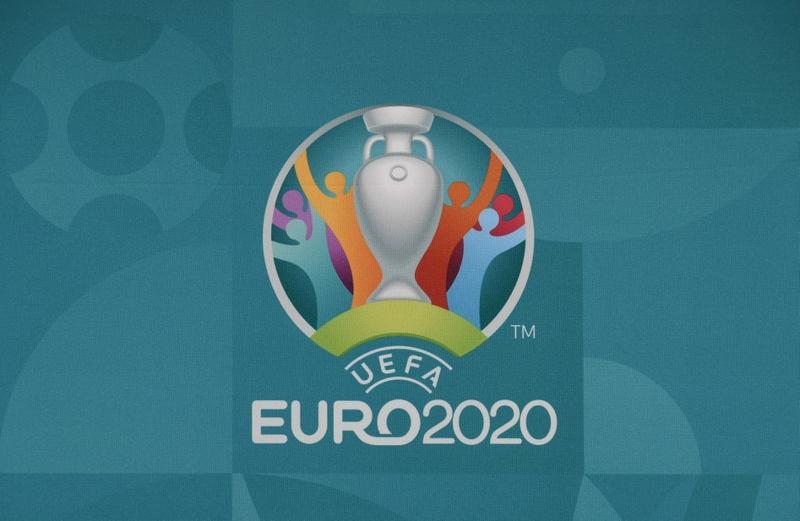 This Nov 30, 2019, photo taken in Bucharest, Romania, shows the logo of the European Football Championship 2020 ahead of the UEFA Euro 2020 Final Draw Ceremony. (FABRICE COFFRINI / AFP)

PARIS - Five substitutions will be allowed at this summer's UEFA Euro 2020, as well as the 2021 UEFA Nations League Finals and relegation play-outs and the 30 percent cap for spectators in football matches was also lifted in Europe.

The decisions were made after the UEFA Executive Committee met by video conference on Wednesday.

A statement from the European football governing body said that the five subs rule was adopted "as the reasons for the rule remain valid against the background of national and international football calendars affected by the COVID-19 pandemic."

The rule is already in place for the 2022 World Cup qualifications matches that run from March 2021 to March 2022.

The International Football Association Board (IFAB), which governs the laws of the game, in May 2020 approved the proposal by FIFA to allow a maximum of five substitutes per match instead of the usual three to protect players' fitness, but individual competition organizers would have to decide whether to apply it.

UEFA Champions League and Europa League have implemented the move to increase the subs, as well as domestic leagues in the continent.

A decision related to the spectators in stadiums was also made on Wednesday, as the limit of 30 percent of capacity which introduced in October 2020, was abandoned.

"In light of the fact that each of UEFA's 55 members associations faces a different situation with regard to tackling the pandemic, such a cap is no longer needed," the statement wrote.

But visiting fans are still not allowed to attend UEFA competitions matches, which is valid until prior to the club competition finals taking place in May 2021.

Euro 2020, which originally scheduled from June 12 to July 12, 2020, was postponed by one-year due to the COVID-19 pandemic and is to kick off on June 11 in Rome this year. The final will be played at Wembley Stadium in London on July 11.