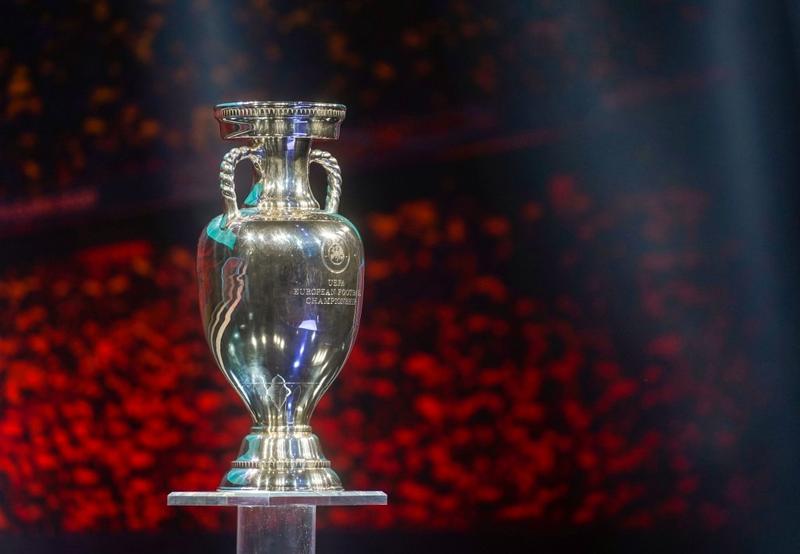 In this Nov 30, 2019 photo, the trophy stands on the stage during the UEFA Euro 2020 football competition final draw in Bucharest. (ANDREI PUNGOVSCHI / AFP)

LONDON - UEFA reaffirmed its plan to host the delayed Euro 2020 tournament across 12 European cities, as the continent's football governing body met representatives of the 12 host associations and tournament organizers in a routine meeting on Wednesday.

UEFA added that it hadn't finalized plans to accommodate fans inside stadiums, as the deadline for the submission of plans has been moved to early April

The tournament was originally planned to be held from June to July last year, but was postponed to 2021 due to the COVID-19 pandemic with the event name remaining unchanged.

"UEFA repeated its commitment to holding Euro 2020 across the 12 cities according to the timetable that has already been published," said UEFA.

"All parties recognize the need for flexibility around decisions to be made on the arrangements for the tournament, in order to reflect the different challenges and circumstances that cities find themselves in," it added.

UEFA president Aleksander Ceferin said he was assured that the situation would take a turn for the better as time wore on.

"I am optimistic that things are highly likely to be very different with regards to the virus as we move closer to the tournament, and it is important that we give the host cities and governments as much time as we can to formulate an accurate picture of what will be possible come June and July," he said.

UEFA added that it hadn't finalized plans to accommodate fans inside stadiums, as the deadline for the submission of plans has been moved to early April.

"Fans are such a big part of what makes football special and that is true of the Euro 2020 as much as it is of any game. We must allow ourselves the maximum space to allow their return to stadiums," Ceferin noted.