By Sophie he in Hong Kong 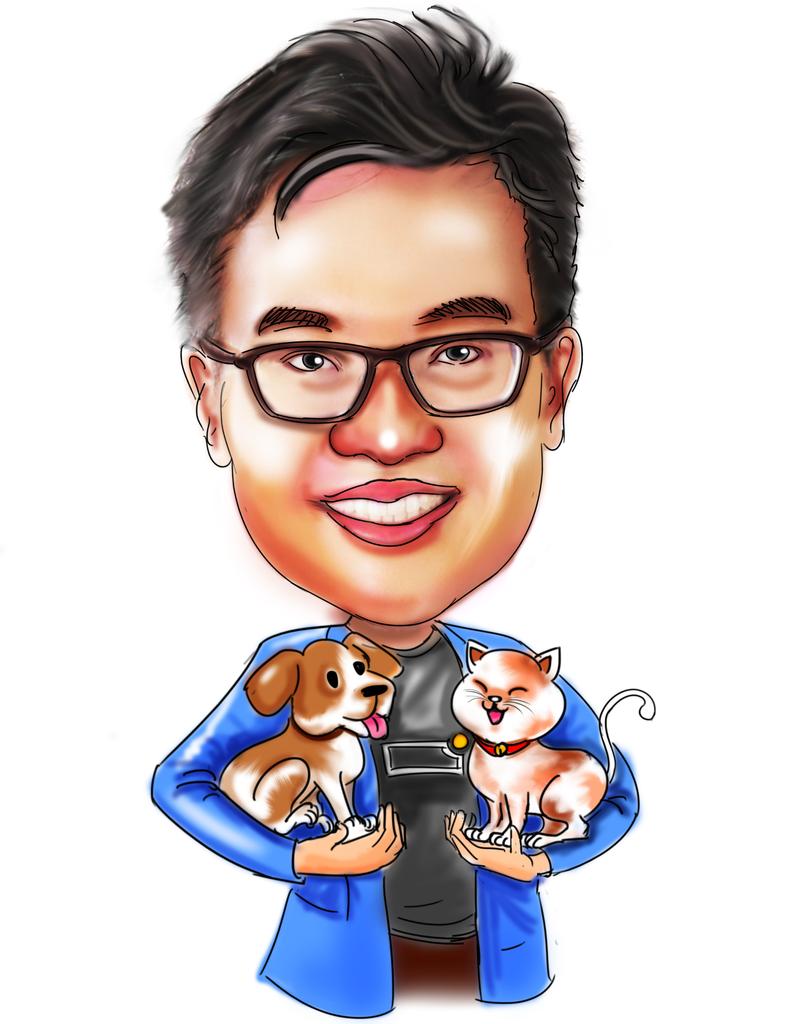 OneDegree made its mark in Hong Kong as one of the first companies in the city to win a virtual insurance license. But the question seemingly on many people’s lips is: Is it a technology startup or an insurance firm?

Kwock and Alex Leung Te-yuan co-founded the company in 2016 and almost immediately took the plunge into developing the company’s core business — providing medical insurance for pets — convinced that a huge number of dog and cat owners in Hong Kong weren’t buying such coverage even with the high cost of veterinary care in the city.

OneDegree is a product of Cyberport’s tech incubation program, which supports entrepreneurs and startups with financial and other resources. Fintech investor BitRock Capital and Cathay Venture, the venture capital unit of Taiwan-based Cathay Financial Holding, are also investors.

“We’re a tech company with an insurance license. Tech is in our DNA,” said Kwock, who was JP-Morgan Chase’s Asia-Pacific head of emerging technology and head of Taiwan of research before he started OneDegree.

The company has more than 100 employees, mostly at its Hong Kong headquarters, with several working at the company’s offices in Beijing, Taipei and Bangkok.

OneDegree launched its first product in April last year after receiving its virtual insurance license — only the third to be issued in Hong Kong. The company has been developing the product for a year and updated it three times in six months, Kwock said.

“For a typical insurance company, it usually takes six to nine months to launch or update a product. But we can do that every two months,” Kwock said, adding that this shows technology is at the core of his business.

Besides its insurance products, OneDegree has found a market for its own-developed software with banks and other insurance companies, Kwock said, and cybersecurity software it developed originally to protect the company and its clients is being purchased by medical and educational institutions.

Still, he said, “For now, our core business is pet medical insurance. We may shift to software sales in a couple of years as the software business is growing strongly.”

OneDegree’s pet insurance products cover more than 60 breeds of dogs and 30 breeds of cats. “More than half of what we’re offering here can’t be obtained from any other traditional insurer,” Kwock said.

He estimated that there are about 10,000 pet dogs that need to be insured in Hong Kong now, and said the rapidly growing demand for the product could create a market of 50,000 canine companions in need of medical coverage in two to three years.

“We estimate that Hong Kong has 500,000 pet dogs and cats,” Kwock said, adding that the local demand for pet medical insurance will increase rapidly as the trend is already evident in Taiwan and Europe.

In 2020, the number of pet owners worldwide rose as more people adopted pets while they were under quarantine or working from home due to the pandemic, and they felt the need to have pets to keep them company.

Asked about what motivated him to start the company, Kwock recalled that when he was working for JP Morgan, part of his job was to do research on technologies. He was on the job 12 years, which gave him a deep understanding of the subject.

In 2015, Kwock’s mother was diagnosed with cancer. Her treatment prompted him to start dealing with the insurance business, which led to his discovery that the procedure for filing claims was too complicated and took a very long time to complete.

After his mother succumbed to the disease, Kwock got further inspiration during visits to a temple after the funeral. He found there were lots of pet owners who were also there after their pets died, making him realize that people treat their pets like family members, and owners would very much like to get the best possible treatment for their pets when they fall ill.

Kwock recalled that in one case, a client took out insurance policies for his 11 cats, saying they were all members of his family and that it was not possible to provide insurance for just one of them.

OneDegree is also eyeing business opportunities on the Chinese mainland, having set up an office in Beijing. Kwock’s convinced the mainland market is vast, with many Hong Kong residents now working and living in the Guangdong-Hong Kong-Macao Greater Bay Area, or planning to do so, and taking their pets along with them.

“The market is huge as the country is so big, so I do believe there’re opportunities for digital insurance products,” said Kwock.

He said Hong Kong is still a great place for young people to start their own business, particularly in an economic downturn, and many people working in established industries, as well as  large companies, will start thinking about their future.

“With local property prices so high, young people would be more motivated to start a business, hopefully, to realize their dreams of owning a home.”