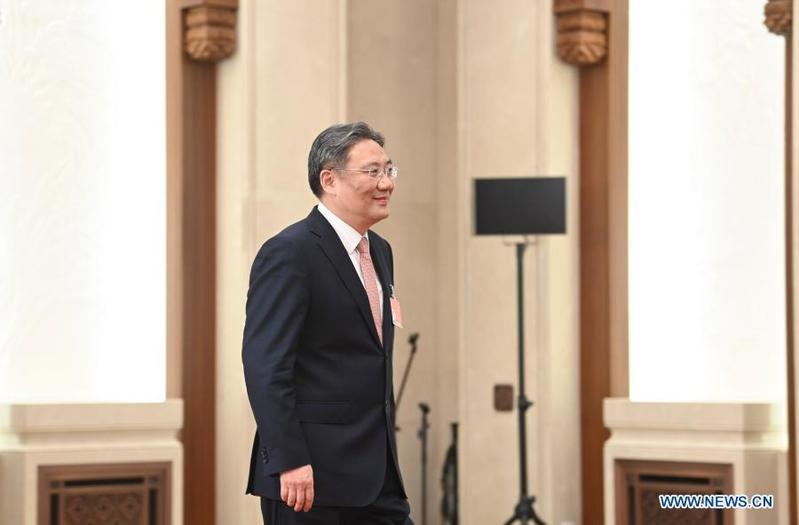 Chinese Minister of Commerce Wang Wentao arrives for an interview via video link after the second plenary meeting of the fourth session of the 13th National People's Congress (NPC) in Beijing, capital of China, March 8, 2021. (JIN LIANGKUAI / XINHUA)

Some member countries are also accelerating their procedures, and it is hoped that relevant countries can speed up their progress and finally reach the threshold of entry into force, Wang told reporters on the sidelines of the annual national legislative session.

The RCEP, the world's largest free trade agreement, was signed in mid-November 2020 by 10 ASEAN member countries and China, Japan, the Republic Of Korea, Australia and New Zealand.