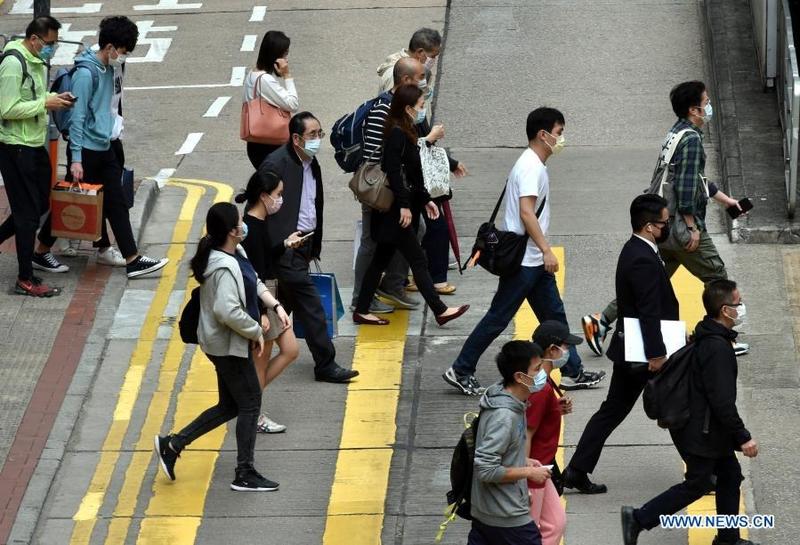 More than 10 preliminarily positive cases were also recorded on Tuesday, at least nine of which remained untraceable, Chuang Shuk-kwan, head of the Centre for Health Protection’s communicable disease branch, said

Secretary for Innovation and Technology Alfred Sit Wing-hang urged residents looking to register for BioNTech vaccine shots to remain patient while navigating the website built for the purpose.

Online bookings for BioNTech vaccine shots will open at 9 am on Wednesday. Five priority groups of people can sign up for slots between March 10 and 30 at seven community inoculation centers.

“For tomorrow, we have already enhanced our system to increase the handling capacity, but I would expect there would still be some possibility that there will be some waiting time. For example, yesterday people had to wait for some time, at the very beginning, one to two hours, so please be patient,” he added.

Since Feb 22, a total of more than 40,000 residents have received their first vaccination doses, according to a government release issued on Tuesday evening.