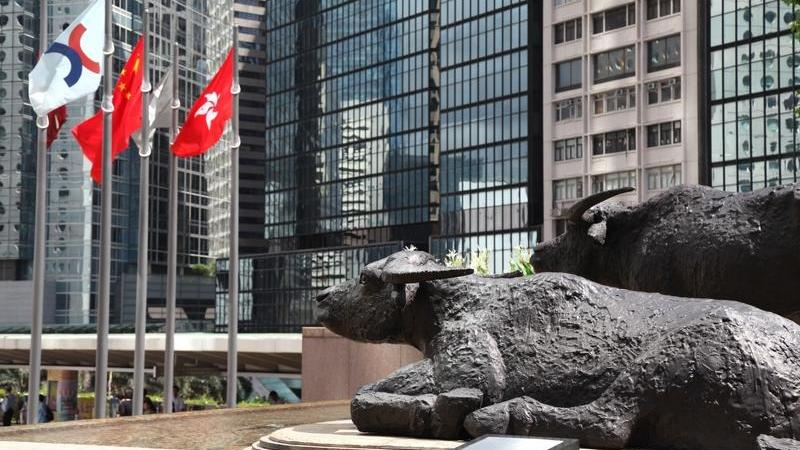 Chinese technology firms such as Xiaomi Corp and Meituan were higher Tuesday, seen as beneficiaries of one of the biggest-ever revamps for Hong Kong’s benchmark Hang Seng Index.

The wide-ranging overhauls to the gauge include increasing the number of constituents to 80 and limiting a stock’s weighting to 8 percent, Hang Seng Indexes Co said in a statement on Monday. Meituan rose as much as 5.8 percent while Xiaomi added 4.7 percent - such firms that are secondary-listed or carry unequal voting rights will no longer be limited to 5 percent weightings. The broader index was down 0.7 percent by the midday break.

The revamp also shortens the listing history requirement for a company to be included. New stocks will need just three months of trading before they’re up for inclusion, regardless of size. Implementation of the changes will begin as early as the May index review and go through mid-2022.

Other gainers Tuesday include Kuaishou Technology, up as much as 8.4 percent; NetEase Inc, up 3.2 percent; JD.Com Inc, up 3.7 percent, Xinyi Glass Holdings Ltd, up 6.1 percent and Country Garden Services Holdings Co, up 6.9 percent - all among potential future inclusions to the benchmark, according to Smartkarma.

Alibaba is one of the beneficiaries from the HSI reform, but many investors are still worried about the political risk facing it given uncertainty over Ant Group’s restructuring and IPO schedule.

Alibaba Group Holding Ltd is also among firms that are secondary-listed or carry unequal voting rights, although its stock fell 1.5 percent.

“Alibaba is one of the beneficiaries from the HSI reform, but many investors are still worried about the political risk facing it given uncertainty over Ant Group’s restructuring and IPO schedule,” said Steven Leung, UOB Kay Hian (Hong Kong) executive director. “Investors may choose peers such as JD.com, which has less political risk and faster earnings growth.”

Consumer and healthcare related stocks would see their sector weightings increase by 4 percentage points and 3 percentage points respectively at the expense of the financial sector, according to a research note by Goldman Sachs strategists including Si Fu.

Goldman expects passive funds tracking the gauge to grow to US$25 billion from the current US$20 billion, “providing scope to bring additional inflows to all the index constituents.”

A more diversified membership and a higher weight of new-economy stocks will help the index performance as a whole, according to fund managers.

“As more new-economy firms join, the index is likely to test the level of 40,000 in the future,” said Paul Pong, managing director at Pegasus Fund Managers Ltd.

Under the new weighting cap, stocks that currently have a larger presence on the index could face redemptions by the passive funds, according to CGS-CIMB Securities International Pte and Everbright Sun Hung Kai Co.

Hong Kong’s local firms face a battle to preserve their weight in the index, with their number to be evaluated at least every two years

AIA Group Ltd, which currently holds a 9.75 percent weighting, falls as much as 2.9 percent.

Hong Kong’s local firms face a battle to preserve their weight in the index, with their number to be evaluated at least every two years. Goldman Sachs says the aggregate weighting of local firms could fall from 40 percent to 32 percent, as mainland firms’ weighting increases.

According to Smartkarma, potential deletions include Bank Of Communications Co, which falls as much as 1.4 percent, and China Life Insurance Co which drops 1.1 percent.

“The biggest losers probably would be in finance or banking sectors, as they are the heaviest constituent stocks in Hang Seng index now,” said Edison Pun, senior market analyst at Saxo Markets Hong Kong. “With the adjustment, their importance would be greatly reduced.”