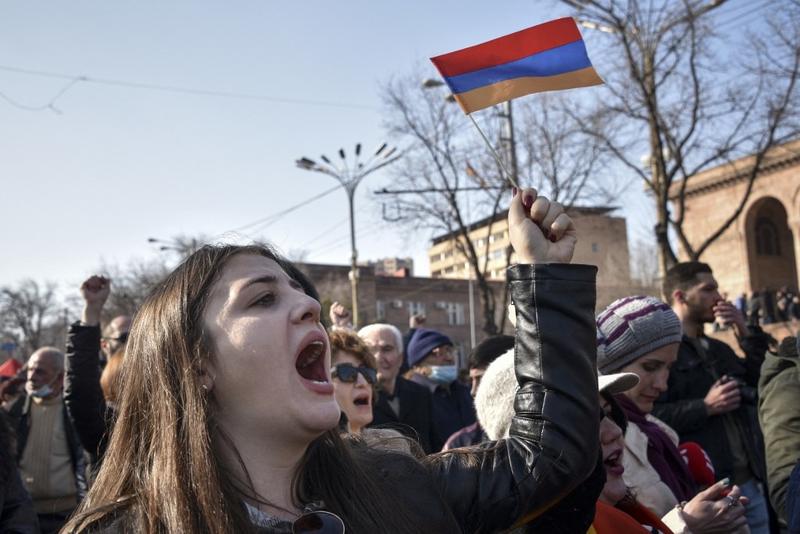 Opposition supporters rally outside the National Assembly building to demand the Prime Minister's resignation over his handling of last year's war with Azerbaijan, in Yerevan on February 27, 2021. (KAREN MINASYAN / AFP)

YEREVAN - Armenian Prime Minister Nikol Pashinyan submitted another request to the president on Saturday to seek the dismissal of Onik Gasparyan, the chief of the army's general staff.

The move came shortly after President Armen Sarkissian refused to sign the request and said the motion to fire the military chief was unconstitutional.

Meanwhile, Gasparyan, his deputies and dozens of top military commanders have called for the resignation of Pashinyan and his cabinet.

Earlier on Thursday, Pashinyan dismissed Gasparyan, accusing him of attempting a military coup. The prime minister's order needs a formal approval from the presidency.

According to the country's law, the president has three days to either approve a motion from the prime minister or return it with objections. But if the motion is resubmitted, the president should choose to sign it or send it to the constitutional court.