Xi calls for deepening of reforms 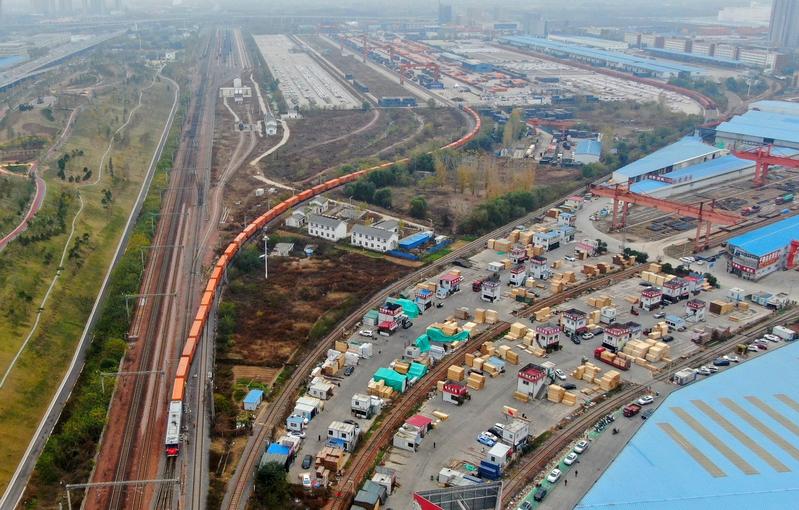 A new China-Europe freight train route linking Zhengzhou with Helsinki in Finland is launched in November 2020, marking the fifth route to Europe from Zhengzhou. (PHOTO / XINHUA)

In remarks delivered at a meeting of the central committee for deepening overall reform, Xi urged efforts to fully, accurately and comprehensively implement the new development philosophy, clinch the goals and tasks in terms of fostering the new development paradigm, and carry out more targeted reform plans in order to advance deeper reforms. Xi is also the head of the committee.

The meeting called for more targeted reform measures in areas such as protecting intellectual property rights, stimulating market vitality, upgrading the industrial and supply chains, and the construction of a modern logistics system

The new development paradigm features the domestic market as the mainstay and the domestic and foreign markets reinforcing each other.

Efforts should be made to eradicate system and mechanism obstacles that affect and restrict the improvement of core competitiveness of science and technology, and overcome obstacles in key areas in order to take the initiative in innovative development, the meeting said.

The meeting called for more targeted reform measures in areas such as protecting intellectual property rights, stimulating market vitality, upgrading the industrial and supply chains, and the construction of a modern logistics system.

It also urged accelerating the new type of people-centered urbanization, deepening reforms of the rural land system and the household registration system, and consolidating achievements in poverty alleviation to bring prosperity to all.

The meeting required efforts to improve the legal systems concerning market access and IPR protection, create a world-class business environment established on market principles and the rule of law and accelerate the development of a new system of open economy.

Coordinated efforts should be made to formulate the action plan on the country's objective of reaching a peak in carbon dioxide emissions before 2030, the meeting said, noting that development should be based on highly efficient utilization of resources, protection of the ecological environment and the effective control of greenhouse gas emissions.

The meeting reviewed and approved the committee's 2020 work report and key working points for 2021. It also reviewed and approved six guidelines related to areas such as the price adjustment mechanism for important commodities for people's livelihoods, the high-quality development of public hospitals and drug supervision.

In the fight against the COVID-19 pandemic, the country's public hospitals have been responsible for the most urgent, most dangerous and most arduous medical treatment work and have been the main force, the meeting said, calling for the high-quality development of public hospitals to provide powerful support for people's health.