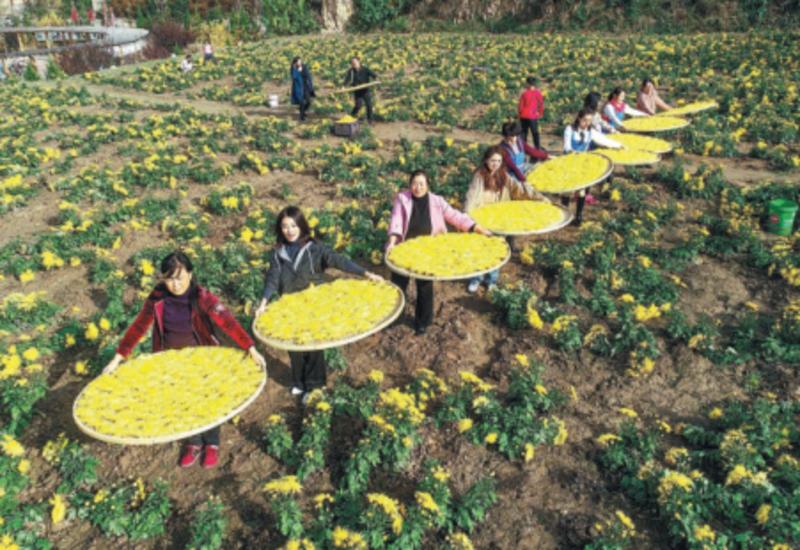 The Fifth Plenary Session of the 19th Central Committee of the Communist Party of China was held in Beijing from Oct 26 to 29.

The session adopted the CPC Central Committee's proposals for the formulation of the 14th Five-Year Plan (2021-25) for National Economic and Social Development and the Long-Range Objectives Through the Year 2035, according to a communique released from the conference.

Outlining the blueprints for national economic and social development for the next five years and the long-term goals for the next 15 years, the plenary session has provided an important signal of China's future development.

In Shanxi, as well as the rest of the country, the meeting has evoked a warm response and consensus among local officials and residents, who said they are encouraged by the objectives.

Zhang Jiuping, chief of the Shanxi Market Regulation Bureau, said the plenary session is a crucial meeting to help realize the great rejuvenation of the nation and offer guiding principles for the development of various regions.

"The communique of the plenary session said that China will continue to take the real economy as the focus of its economic development, build itself into a manufacturer of quality and enhance its strength in cyberspace and digital technology.

"Guided by this direction, our market regulators in Shanxi will try our best to serve the real economy, pushing forward the growth of the advanced manufacturing industry and using digital technologies to foster new growth areas and upgrade local traditional industries," Zhang said.

The official noted that Shanxi is shifting its focus from resource-reliant industries to a new economic model featuring the development of diverse sectors.

Gao Zhichun, another official from the same bureau, said the conference has outlined guidelines for market regulation.

"The communique said China will nurture a strong domestic market and establish a new development pattern, and will comprehensively deepen reform in pursuit of a high-level socialist market economy.

"In my understanding, deepening reform in many fields and sectors is crucial to establishing a high-level market economy," Gao said.

We should make full use of domestic and international resources to solve the pressing challenges in economic operations and forge win-win cooperation with our partners at home and abroad.

Wang Xiu, deputy chief of the Shanxi Department of Commerce

Wang Xiu, deputy chief of the Shanxi Department of Commerce, said the conference's proposal on opening-up offers guidance to the work of Shanxi's foreign trade authorities.

"As international trade faces challenges due to the COVID-19 pandemic, Chinese authorities have proposed a dual circulation development pattern, highlighting both domestic and international markets.

"We should make full use of domestic and international resources to solve the pressing challenges in economic operations and forge win-win cooperation with our partners at home and abroad," Wang said.

To facilitate international trade, Gao Jike, head of Taiyuan Customs, said customs officials in the city of Taiyuan will devote their best efforts in promoting growth in trade while strengthening pandemic prevention and control.

"We will try our best to upgrade our services for import and export enterprises, contributing to Shanxi's overall improvement in business environment for traders and investors," Gao said.

Wang Yanjun, an official at the Shanxi Department of Industry and Information Technology, said Shanxi should follow the guidance of the fifth plenary session to highlight the development of high-tech and emerging industries.

Wang's opinion was echoed by Gao Jianbo, an employee at Jinneng Holding Group based in Datong city.

"From my experience as a worker in a manufacturing company, high technologies featuring digitalization and internet connectivity are a crucial part to push Shanxi's manufacturing industries to a more advanced level," Gao said.

Hao Dengming, an official in charge of rural affairs at the CPC Shanxi Committee, said he is most happy with the agricultural and rural development-related policies proposed by the plenary session.

"The communique said China will prioritize the development of agriculture and rural areas, and fully advance rural vitalization.

"As an official working for agriculture and rural affairs, I'm fully aware of the importance of my mission. I'm also fully confident that rural development in Shanxi will be offered stronger momentum with the support of the CPC Central Committee and the central government," Hao said.

"We have felt the great changes happening in the countryside over the past five years. I'm sure people will find rural Shanxi a better place to live in in the years to come."

Guo Yanjie contributed to this story.