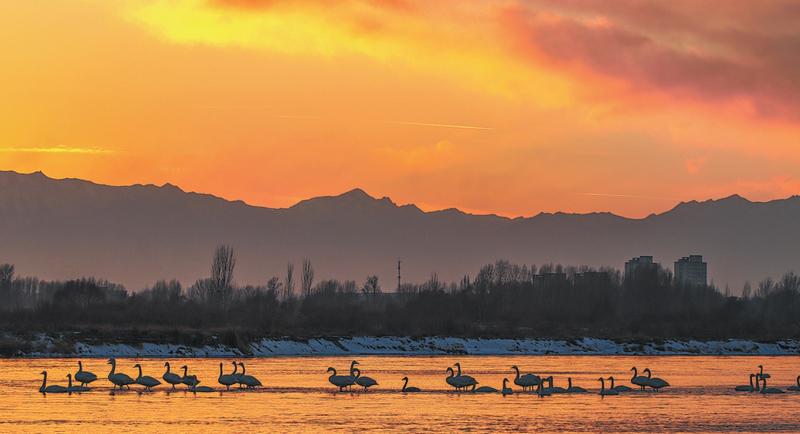 LANZHOU－Wang Hansheng, a shepherd-turned-ranger, patrols a wetland nature reserve where he used to herd sheep. Over the past decade, he has witnessed the area's transformation from a salinized riverbed to a restored wetland ideal for wintering birds.

Wang, 57, works at the Heihe Wetland National Nature Reserve in Zhangye city, Gansu province, in the arid region of northwestern China. The reserve covers more than 40,000 hectares at the middle stretches of the Heihe River, China's second-largest inland river.

The Heihe River's water level has risen from below 40 centimeters decades ago to about 2 meters now. Willow trees and grasses have been planted along the river banks, and more migratory birds are coming to this area.

Wang Hansheng, a ranger at the Heihe Wetland National Reserve

Before taking up the role of wetland ranger in 2010, Wang, like many other local farmers, had been grazing sheep on the dry riverbed of the river.

Back then, the river was no more than a few small streams flowing in a 350-meter-wide channel due to serious water shortages caused by excessive water use upstream, Wang recalled.

"At the time, the wetland was covered by white salt crust and often hit by sandstorms," Wang said.

Alarmed by the worsening environment, the local government launched a spate of restoration projects in 2010, replenishing water resources, planting trees, banning grazing and turning farmland back to wetland.

The area was designated as a national-level wetland nature reserve in 2011, which further boosted the local ecological restoration efforts.

Wang was offered the job of full-time ranger in the reserve by local officials after he sold all his 200 sheep in response to the call for better wetland protection.

"The job eased all my worries about how I would make a living without my sheep," he said.

He now patrols an area with a perimeter of 70 kilometers in the reserve every week to report and prevent activities like trash dumping, illegal logging and sand mining.

Over the years, he has stood witness to the reserve's improving environment.

"The Heihe River's water level has risen from below 40 centimeters decades ago to about 2 meters now," he said. "Willow trees and grasses have been planted along the river banks, and more migratory birds are coming to this area." 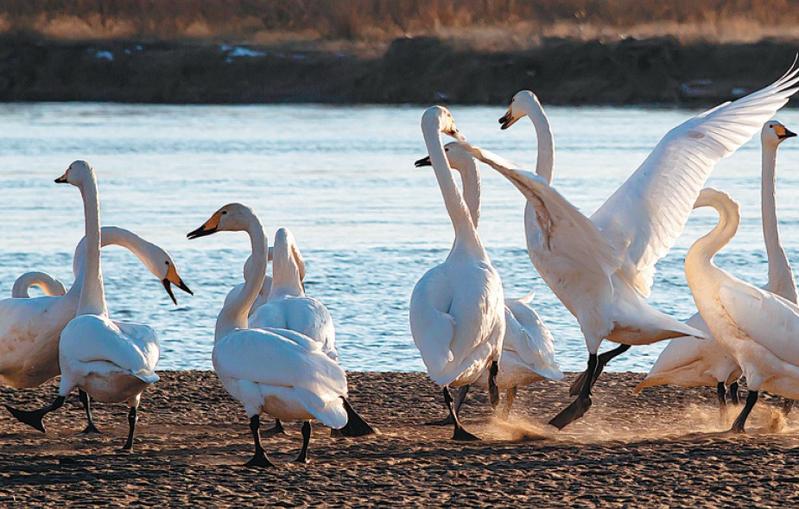 According to Zhou Zhanbin, director of the county's wetland park administration office, to date, more than 460 hectares of vegetation have been restored in the part of the nature reserve in Gaotai county.

Zhou said that last year, more than 56,000 birds were recorded in the reserve, which is becoming an increasingly important wintering site for those that are migrating, as well as a breeding site for species under state protection such as swans, relict gulls and white spoonbills.

The reserve has also set up 10 monitoring stations to study the distribution and migration of the birds, Zhou added.

With more birds calling the reserve their home, Wang has become their devoted guardian. Every time he finds an injured or sick bird, he escorts it to a nearby rescue station via rowboat.

"The environment has improved, the air isn't so dry, and I get to see different types of birds every day. I can't bring myself to tear my eyes away from the beautiful scenery before me for even a second," he said.